Explore Your Talents, You’ll Be A Star One Day’- Actress Ester Noronha at St Aloysius Gonzaga School ‘Gonzaga Got Talent (GGT) Valedictory Ceremony- “If one has the desire to succeed, one surely will. Winners make use of every opportunity.”

Mangaluru: If you happen to watch ” India’s Got Talent”-a televised Indian Hindi language talent show series, aired on Colors TV/Sony Entertainment TV, and locally here in Mangaluru, the students of St Aloysius Gonzaga School too have exhibited their hidden talents under the banner “GONZAGA GOT TALENT”, and the valedictory ceremony was held on Monday 14 November on Children’s Day. ” Creativity in children leads to a culture of excellence. Creativity, innovation and imagination of the children can completely change the future of the country in the right direction” said (late) Dr APJ Abdul Kalam, the president of India 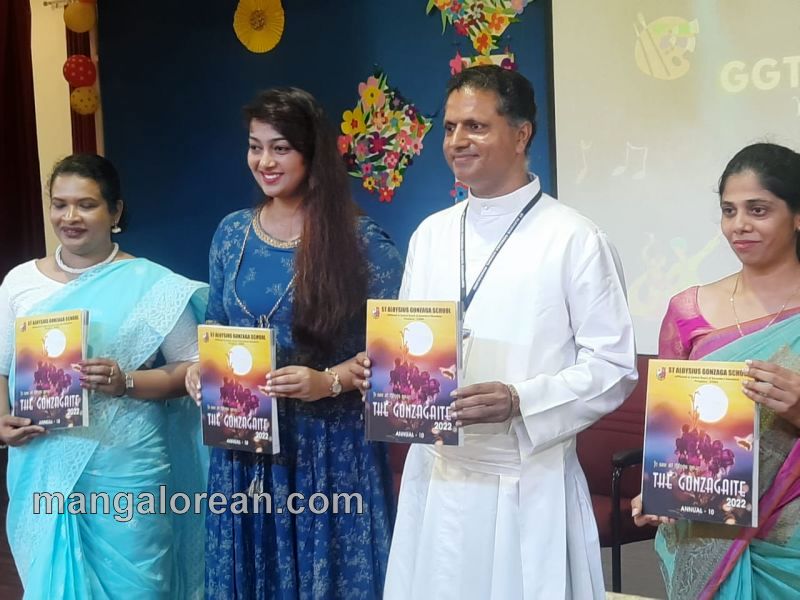 “Every child is unique and gifted with amazing talents. We don’t have to always follow in the footsteps of others. We have a responsibility to develop the talents we have been blessed with”- Yes, young children have an ocean of hidden talent within and they need a platform to exhibit their talents. This opportunity was provided for students of St Aloysius Gonzaga School which was held on October 13th and October 14th 2022. under the banner ‘Gonzaga Got Talent. The students from Kindergarten to Class X participated in various events like Fancy Dress, Solo Dance, Solo Singing, Poster Sparkle, Card Splash, Clay Art, Craft Out of Newspaper, Floral Symphony, Lantern Sparkle, Paint a Picture, Quills Fiesta, Turncoat, Junk Treasures and Fashionista.

All the participants had taken the audience into their spell through their truly creative and enchanting acts, and the judges had a brainstorming session over the neck-to-neck performances to arrive at their judgement. The students dispersed with a note of positivity and encouragement to display their talents in future events too. The culmination and prize distribution ceremony of Gonzaga Got Talent was organized on 14 November with great vigour and enthusiasm. The dignitaries for the occasion were Ester Noronha-Actress and playback singer; Fr Melwyn Anil Lobo SJ-Principal and Ms Laurel D’souza, the Vice Principal. The ceremony commenced by invoking God’s blessings through a prayer song by the student choir group. 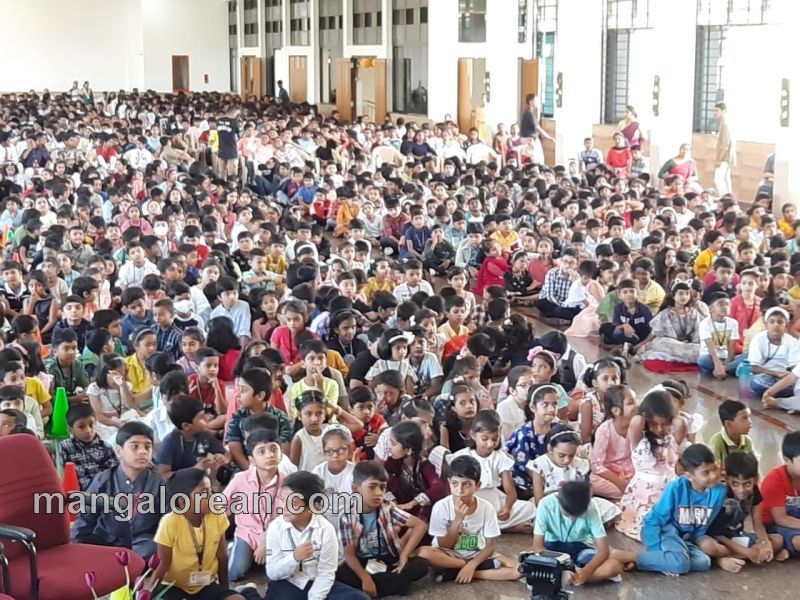 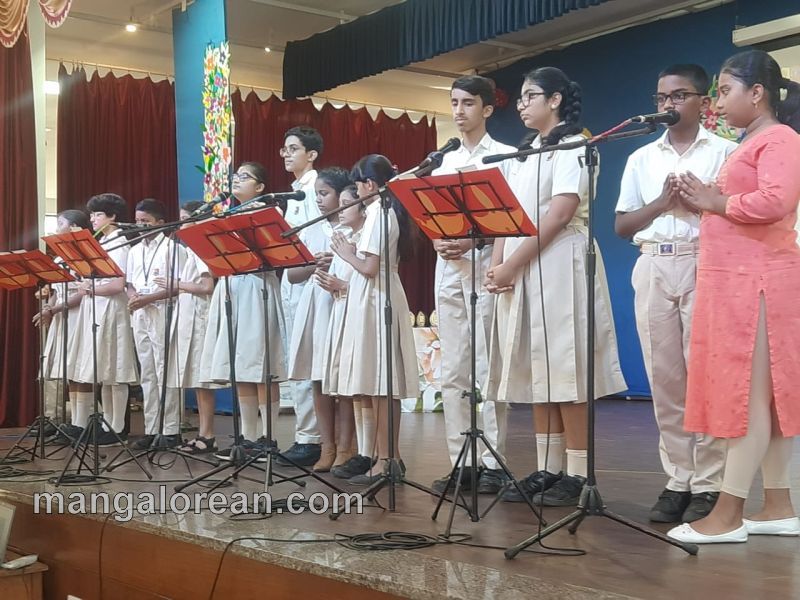 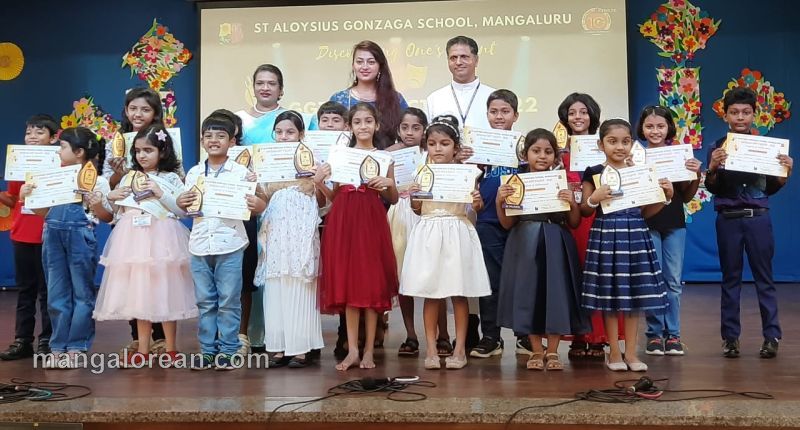 The welcome address was delivered by Teacher Ms Aparna Suresh. Dance is a way of expressing our emotions through gestures and expressions. The dance symbolizes serenity, poise and devotion.The students of classes 10,9 and 8 performed an enchanting and spectacular welcome dance. A special song was sung by the students that gave a musical touch to the programme. The students who had won in various events conducted under different categories in ‘Gonzaga Got Talent’, were awarded trophies and certificates. Nearly 185 students were presented with the prizes by the chief guest, principal and vice principal. All other students who had participated were appreciated for exhibiting their talents with a certificate of appreciation.

The chief guest Ms Ester Noronha is a multi-faceted personality who has excelled in the field of Singing,Dance and Acting. She is an actress and playback singer who works in Telugu, Kannada and Konkani-language films. 1000 Abaddalu (2013), Bhimavaram Bullodu (2014) and Lanka (2021) are some of her notable films. Noronha was a popular name in the Konkani music circuits from the early age of 8. While still pursuing her B. An in Political Science and Psychology at the University of Mumbai, she appeared in the title song of the Telugu film Garam, alongside hero Aadi, and in the Tamil film Meen Kuzhambum Mann Paanaiyum. She also debuted in Konkani films with the historic blockbuster Noshibacho Khell. Noronha later starred in the Konkani film Sophiya – A Dream Girl which fetched Ester good recognition. She sang in a Konkani film Nachom-ia Kumpasar for the song “Meu Amor”. Noronha is a Roman Catholic and traces her roots to the aristocratic family of the Noronha of Portugal. Her paternal ancestors are said to be Portuguese/Goans who settled in Verna, Goa and eventually moved to Udupi, Karnataka. While her mother, Ms Janet Noronha is a Mangalorean. She is a recipient of the Kala Rathna Award by Geethanjali Institute, Mangaluru, and Best Actor – Female by Mandy Sobhan, Mangaluru. 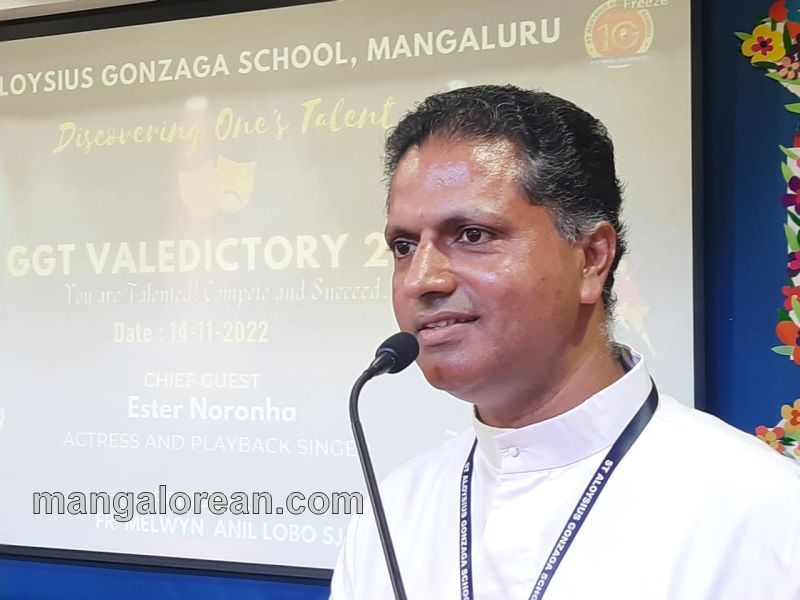 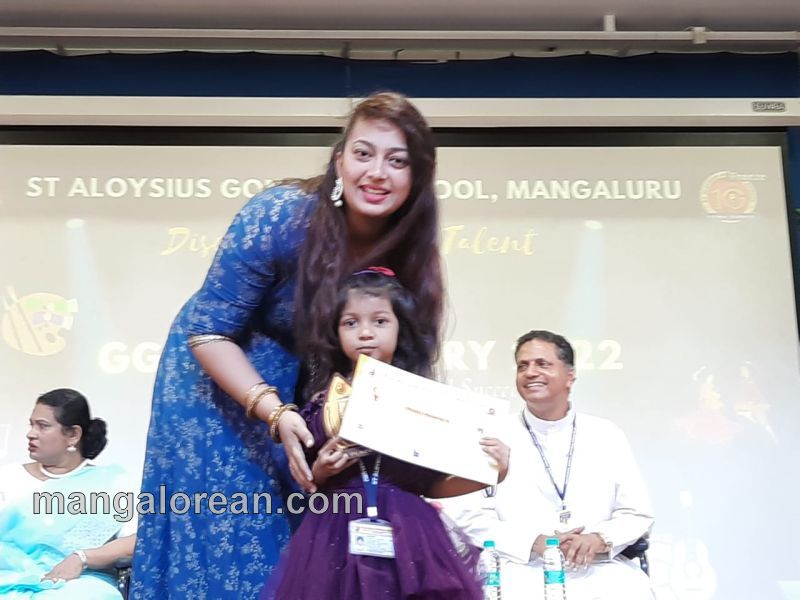 The Chief Guest, Ms Ester Noronha appreciated all the students for their remarkable performance and motivated the students with a beautiful message highlighting how to balance between profession and passion in one’s life and not give up their efforts in achieving the goal. She added ” I was also a student like you, taking part in various co-curricular activities and I exhibited my hidden talents, which helped me where I am now, as a celebrity/Actress/Playback singer. You too can do it-give some towards co-curricular activities other than academics. I was overwhelmed to see so many of you getting prizes for exhibiting your hidden talents. Have a passion towards music, dance, singing etc, practice, don’t give up and make your dreams come true. One day you too will be a STAR, which was also my dream and I accomplished it”. Following her speech, Ester entertained the children by singing ‘MEMORIES’- a song by American Pop Rock Band Maroon-5.

Principal Fr Melwyn Anil Lobo SJ addressed the gathering with his inspirational message and appreciated all the students who have put in a lot of effort in exhibiting their talents in various fields. He also encouraged students to build up their careers well and make use of the opportunities given. He motivated the students to go ahead to achieve their heart’s desire and to uphold the values of the institution. He wished the students to come through with flying colours in future. He also appreciated all the students who have taken part in various events and the teachers who put their effort into making the programme a successful one. 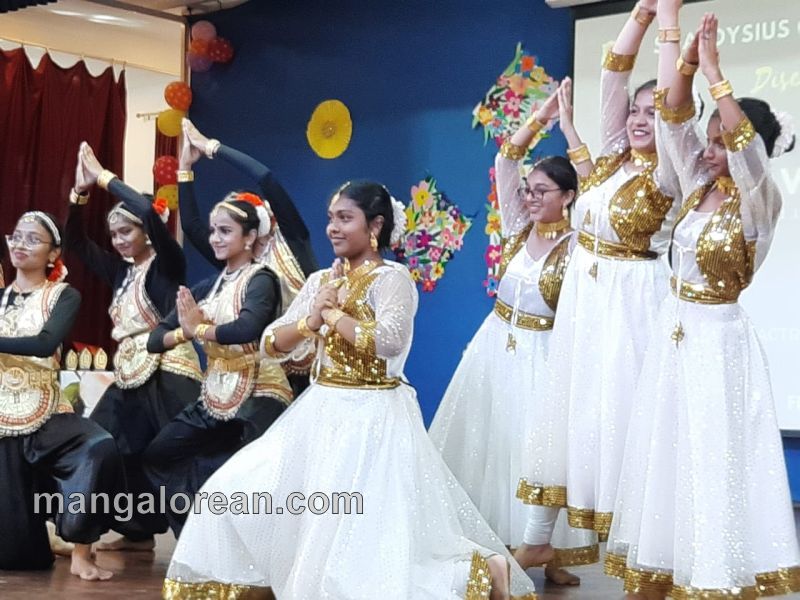 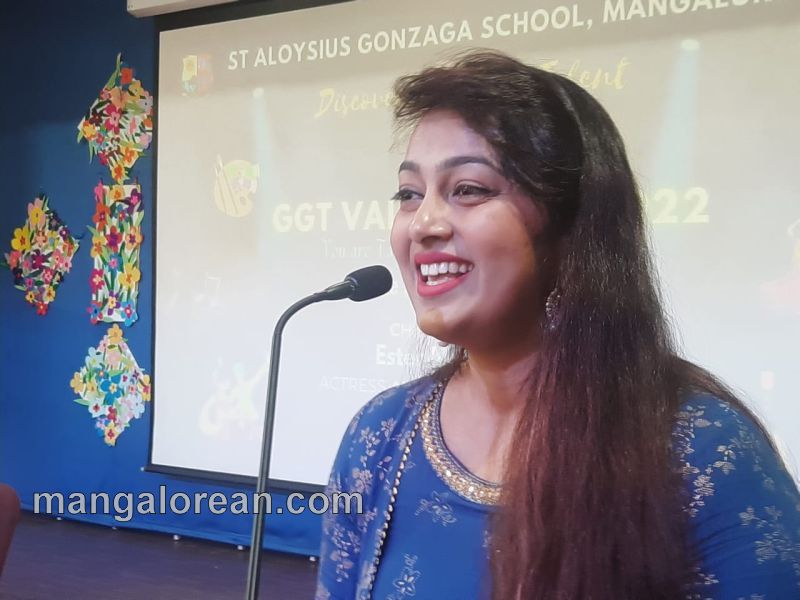 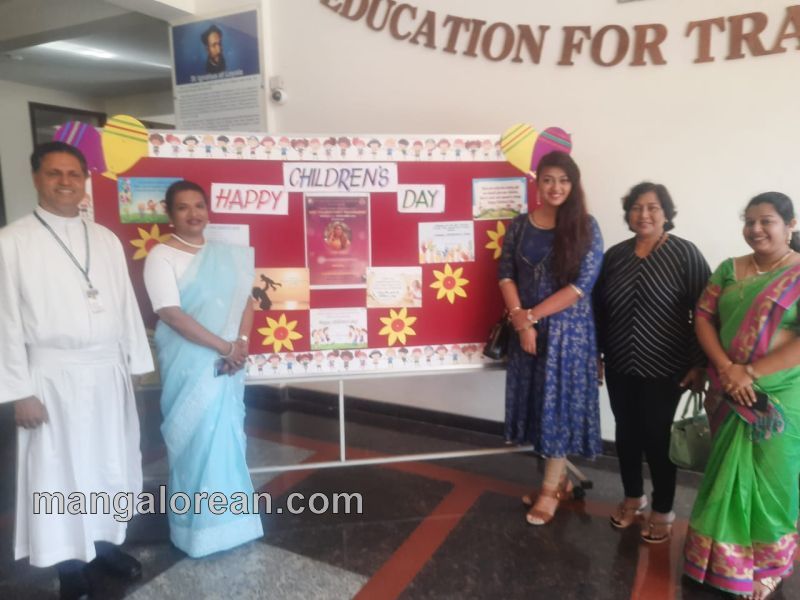 The talent of a writer is in finding the necessary words. Writing gives us the ability to communicate and think. Writing is a way of expressing who we are. St Aloysius Gonzaga School encourages children to write and read. The school magazine is released every year to motivate the child’s literacy skills. The magazine is also a replica of the activities and events that are conducted during the academic year. Teacher and Editor of the Annual magazine Ms Vidhya Esther proceeded with the magazine release, done by the chief guest.

The programme was coordinated by teachers Ms Preethan Pereira and Ms Gloria Misquith. The names of the prize winners were read by teachers-Ms Deepa Sequeira, Ms Deepthi Karkada, and Ms Vidya Esther. The vote of thanks was proposed by Ms teacher Ms Arunima Tulasidas and the programme was eloquently compared by teacher Ms Shamitha Shetty. Concluding with a thought-provoking quote-“Our talents are God’s gifts to us, if we best utilize it, it’s the best way of reverence.”