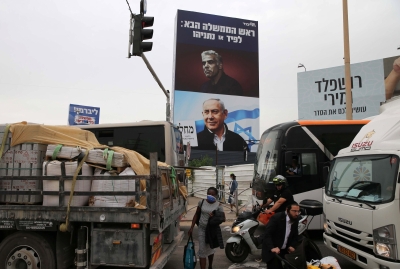 Exit polls on Israel’s three main TV channels on Tuesday showed that a bloc of Netanyahu’s Likud party and three other right-wing parties that vowed ahead of the elections to join a coalition headed by the longtime leader, won 53-54 seats together. Yamina, a pro-settler party and a former close ally of the Likud, gained seven to eight seats, Xinhua news agency reported.

Netanyahu needs at least 61 seats in the 120-seat parliament to form a governing coalition.

The unprecedented fourth elections held in fewer than two years comes amid a lingering political deadlock in Israel after a series of inconclusive elections.