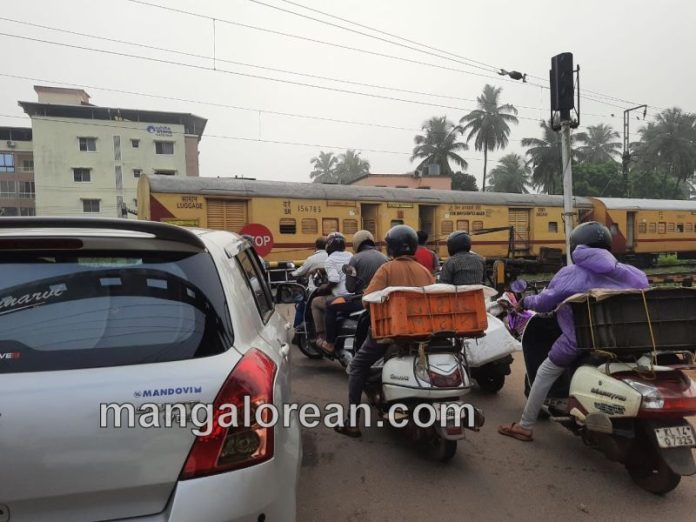 Mangaluru: As the work is going at a slow pace, Mangaluru City South MLA D. Vedavyasa Kamath directed officials concerned to complete the four-lane road work connecting Jeppinamogaru and Morgans Gate in South Mangaluru at the earliest as it is commercially significant. Meanwhile, the Railways await the district administration’s approval to close the road for the construction of twin road underbridges 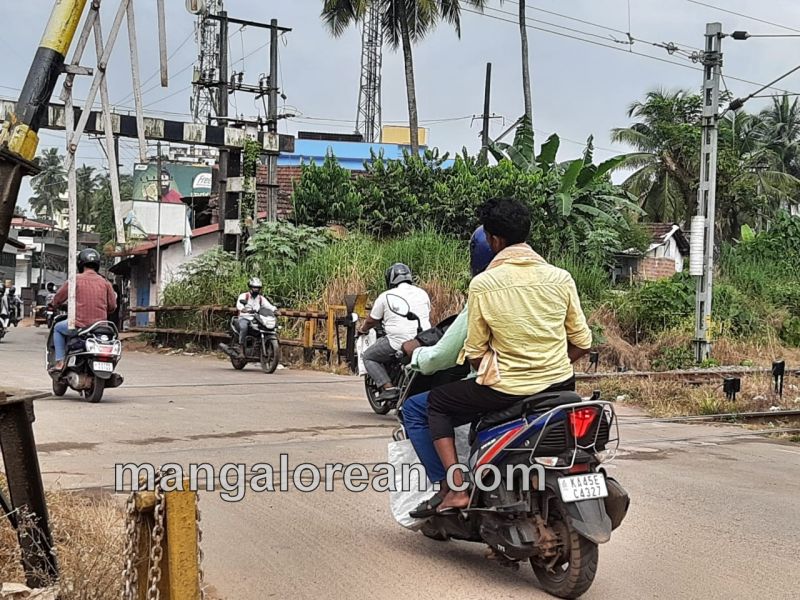 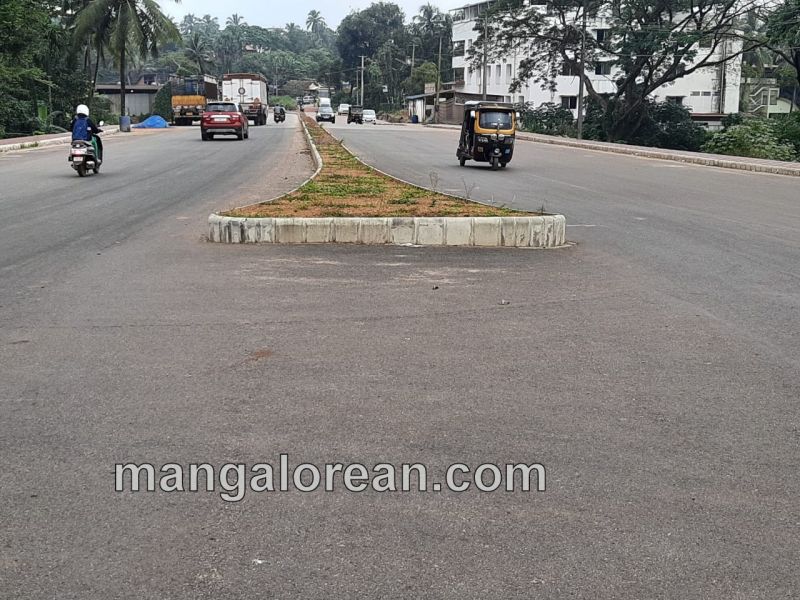 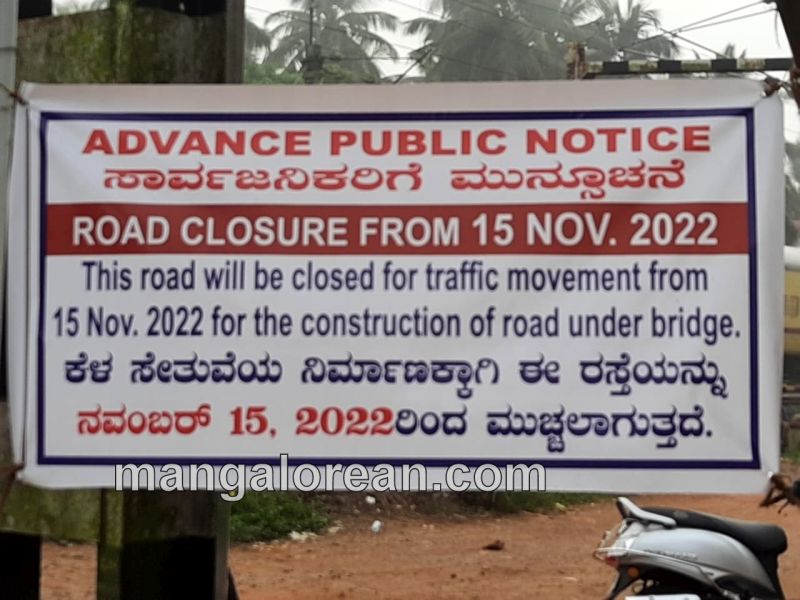 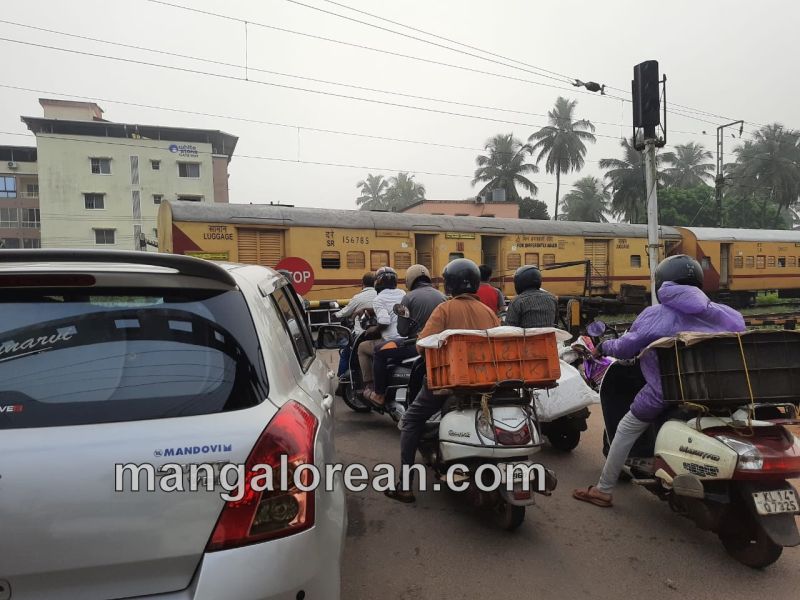 Inspecting the ongoing road work that was being executed to substitute the existing narrow road via Mahakalipadpu Railway Level Crossing, MLA Kamath said that the construction of the road from Jeppinamogaru-NH 66 Junction till Canara Pinto workshop was almost over and the Southern Railway was to take up the twin tunnel work beneath the Shoranur-Mangalore Junction and Shoranur-Mangalore Central railway lines. Work on the other side of railway tracks (Netravathi Cabin) to has gained momentum with the administration obtaining a portion of land belonging to the late V.G. Siddarth ( Founder of Cafe Day)near Mphasis. The new road from Netravati cabin, abutting Moily Kere, takes a right turn near Mphasis to join Morgans Gate”. 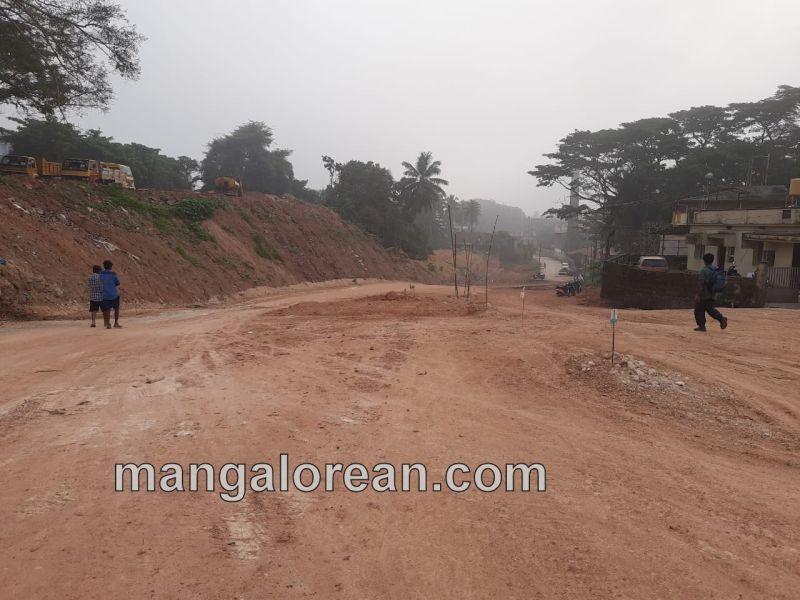 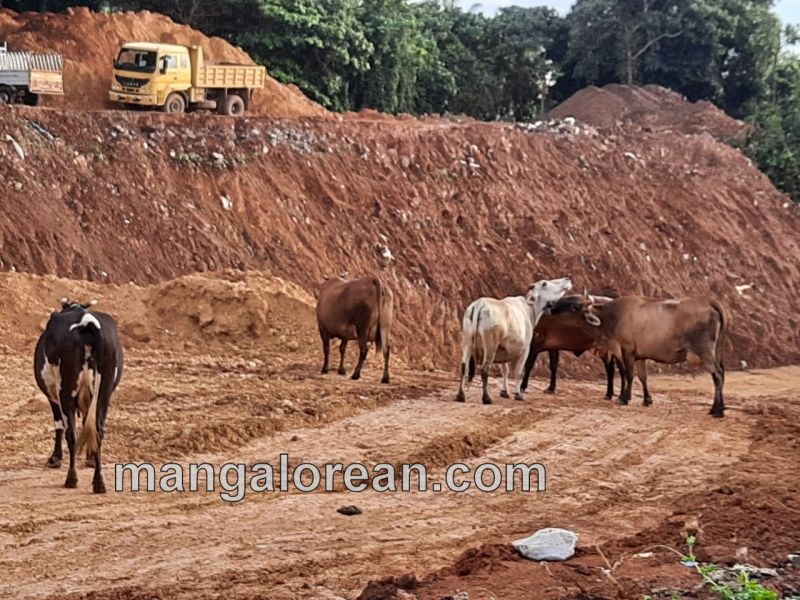 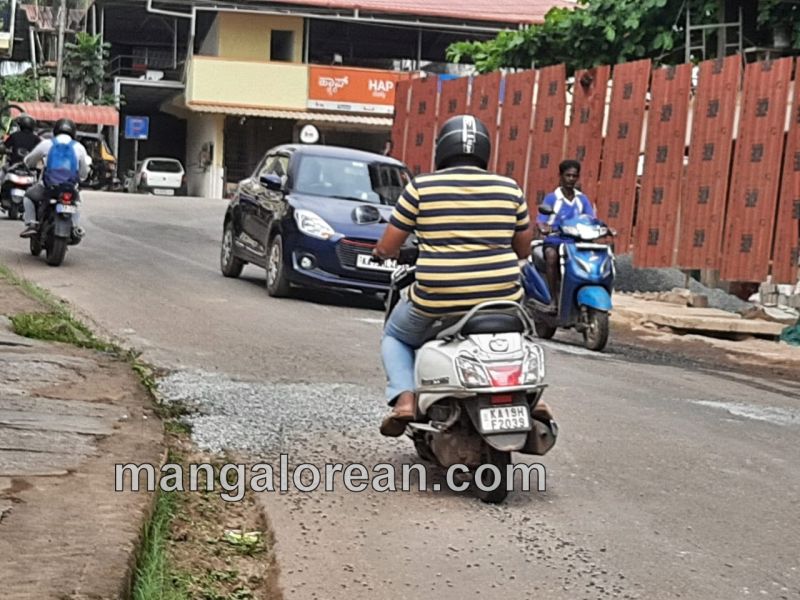 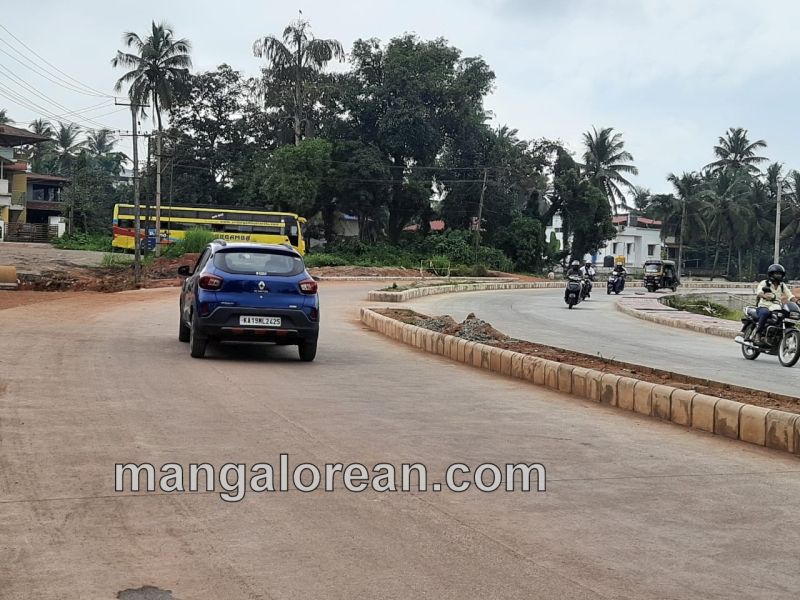 MLA added, ” The project was being executed at an estimated cost of Rs50 crore in association with Mangaluru Smart City Ltd. While MSCL’s contribution of Rs30.7 crore would be utilised for twin road underbridges, Rs19.87 crore from MP Nalin Kumar’s MPLAD funds would be utilised for the four-lane road and other paraphernalia. Once completed the road offers shorter and seamless access from the Mangaluru Fishing Harbour area to NH 66, also that traffic jams were common as the existing road passed through the railway level crossing. As such, the new alignment was planned near Netravati Cabin via Shettibettu. The existing 4.5 m road was widened to a uniform width of 18 m with a median, concrete box drainage, street lights and retaining walls at low-lying areas”. 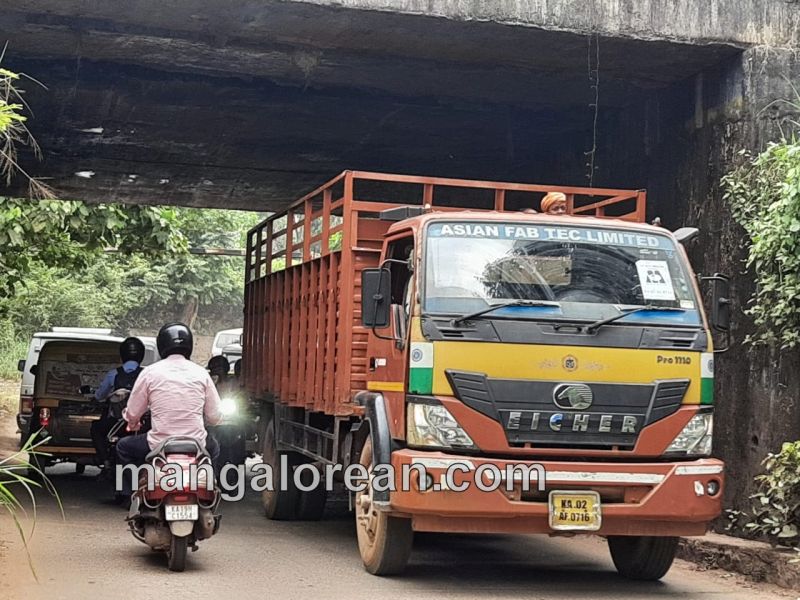 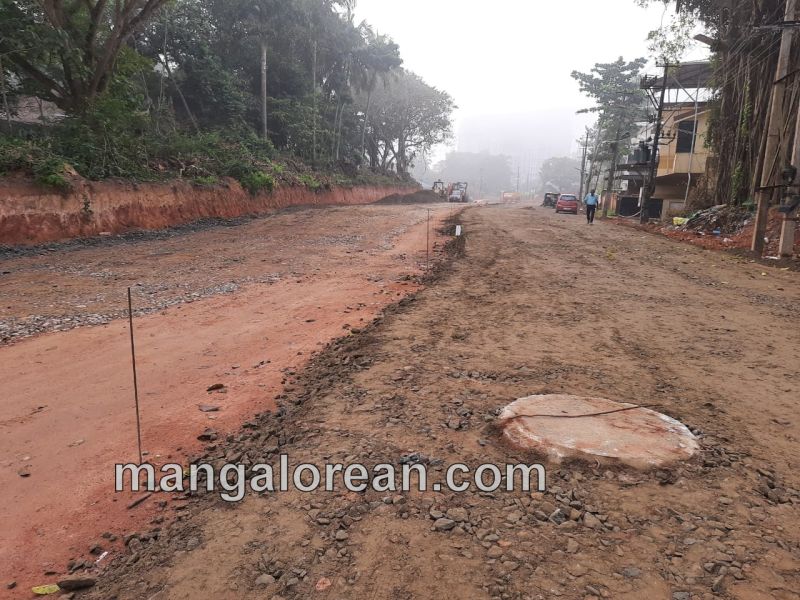 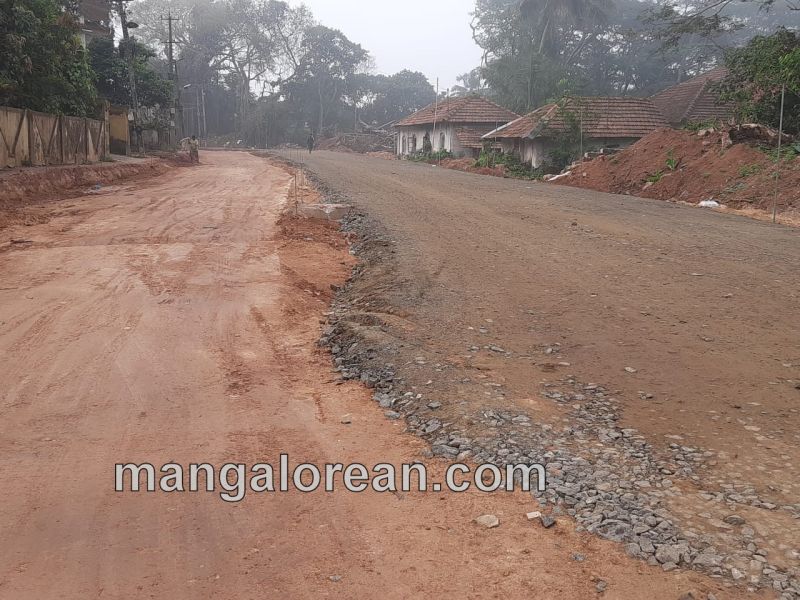 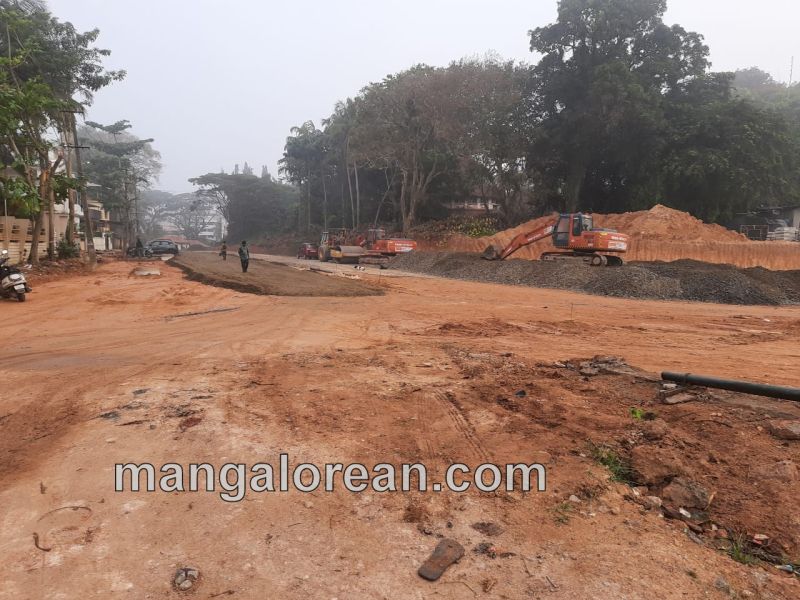 Even though a banner was put up near the existing road underbridge announcing the closure of the road for twin road underbridge construction on November 15, sources in Southern Railway said the Railways was waiting for clearance from the district administration for closure. The contract period was one year for the completion of twin road underbridges, but the Railways would try to complete it before the next monsoon, it is learnt. Jurisdictional Mangaluru City Corporation Councillor P. Bhanumathi, and Mangaluru Smart City Ltd General Manager Er Arunprabha, among others, were present.