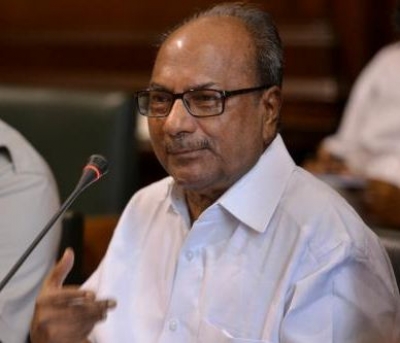 Thiruvananthapuram: Veteran Congress leader A.K. Antony, who is deemed a close confidant of the Gandhi family, has drawn flak from the party cadres in Kerala after he and his son came out in support of different candidates in the party Presidential poll.

While Antony has extended his support to Mallikarjun Kharge, his son Anil Antony openly threw his weight behind Shashi Tharoor.

A former office bearer of the Congress state unit told IANS that Antony has supported Kharge “after Gandhi family nominated him as their candidate for President’s post. However, it is a million-dollar question as to why Anil Antony is supporting Tharoor. There are two reasons to this — either Anil openly defied his father or his support to Tharoor was after the tacit understanding with his father.”

Many Congress cadres from Kerala feel that it was a tacit move to be on the right side, irrespective of results. While the senior Antony is close to the Gandhi family, and has openly proposed his allegiance to Kharge, he wants the son to support Tharoor.

A Congress worker from Thiruvananthapuram told IANS that Antony “has given consent for his son to support Tharoor as he wants to make sure that whoever wins, he has a say in the party. More than that he wants to project an image among the people that he is a highly democratic person who does not have any issues even if his son is on the other side. This can be a beautiful excuse for him, even if the son later decides to quit the Congress”.

He, however, added that this does not mean that Anil Antony is switching sides, but added that Antony was trying to make sure that he won’t put any pressure over his son in taking a political decision.

Nearly all senior Congress leaders have already extended their support to Kharge, and his victory is almost certain.

In such a situation, Anil Antony’s support to Tharoor may be a shrewd political move, say political observers.