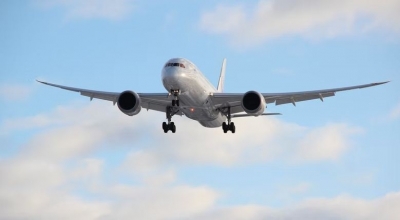 Panaji: The first charter flight of the tourist season with 180 passengers from Kazakhstan arrived in the coastal state on Wednesday with more to follow from November.

After welcoming the guests at Dabolim airport, Protocol Minister Mauvin Godinho said that post-COVID, people prefer to come to Goa.

“Goa is a brand by itself. Goa is the most preferred destination. Goa is famed for various things. Post-pandemic people prefer to come to Goa,” Godinho said.

He said that the e-visa issue will be sorted out shortly and more charters will arrive in Goa.

“From November 3, flights from Russia will arrive and also from the UK as the e-visa issue will be sorted out soon,” he said.

“Dabolim airport will not be closed. It will not only survive, but it will grow even stronger,” Godinho said.

Earlier, politicians in opposition and stakeholders had expressed fear that Dabolim Airport will be closed once the Mopa International airport is commissioned. However, the state government has clarified that Dabolim airport will continue to operate.

After the tourism stakeholders expressed concern over the e-visa issue, Goa Chief Minister Pramod Sawant, two weeks ago, said that the Union Home Ministry has given assurance to resolve the issue related to visas to the UK as soon as possible.

“I have discussed the UK visa issue with Home Minister Amit Shah. It will be sorted out soon. There were some foreign ministry-related issues, hence it was getting delayed. But he has assured me to resolve it as soon as possible. Various other issues related to the state were discussed,” Sawant had said.

Goa is focusing on charter flights for high-spending tourists and trying to attract tourists from various countries.