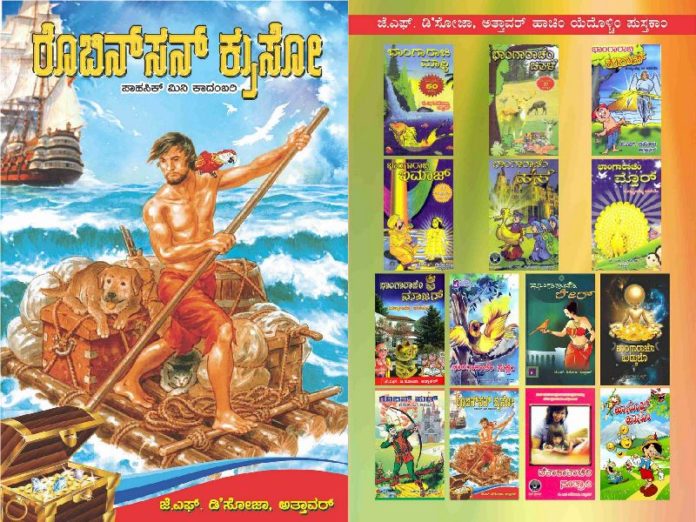 Mangaluru: Robinson Crusoe is a novel by Daniel Defoe, first published on 25 April 1719. The first edition credited the work’s protagonist Robinson Crusoe as its author, leading many readers to believe he was a real person and the book a travelogue of true incidents. Epistolary, confessional, and didactic in form, the book is presented as an autobiography of the title character (whose birth name is Robinson Kreutznaer) – a castaway who spends 28 years on a remote tropical desert island near the coasts of Venezuela and Trinidad, encountering cannibals, captives, and mutineers, before ultimately being rescued. 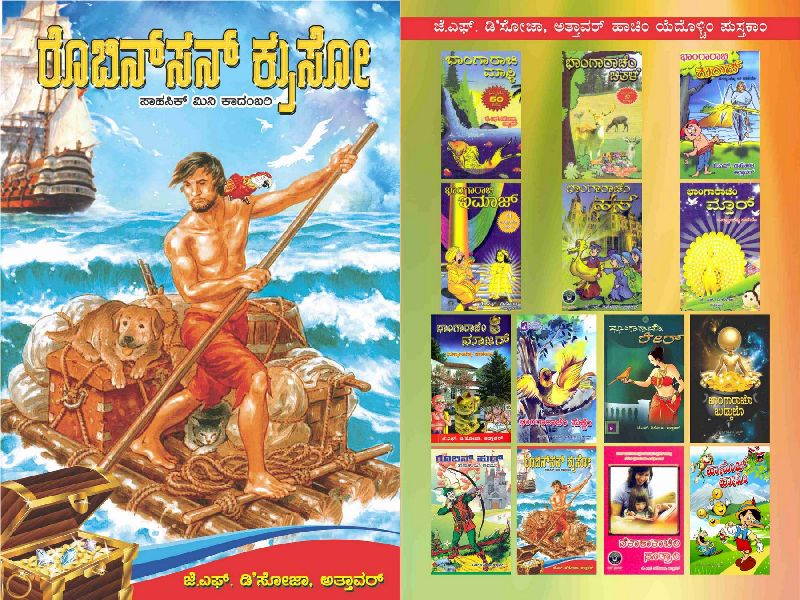 The story has been thought to be based on the life of Alexander Selkirk, a Scottish castaway who lived for four years on a Pacific island called “Más a Tierra”, now part of Chile, which was renamed Robinson Crusoe Island in 1966. Despite its simple narrative style, Robinson Crusoe was well received in the literary world and is often credited as marking the beginning of realistic fiction as a literary genre. It is generally seen as a contender for the first English novel. Before the end of 1719, the book had already run through four editions, and it has gone on to become one of the most widely published books in history, spawning so many imitations, not only in literature but also in film, television, and radio, that its name is used to define a genre, the Robinsonade. 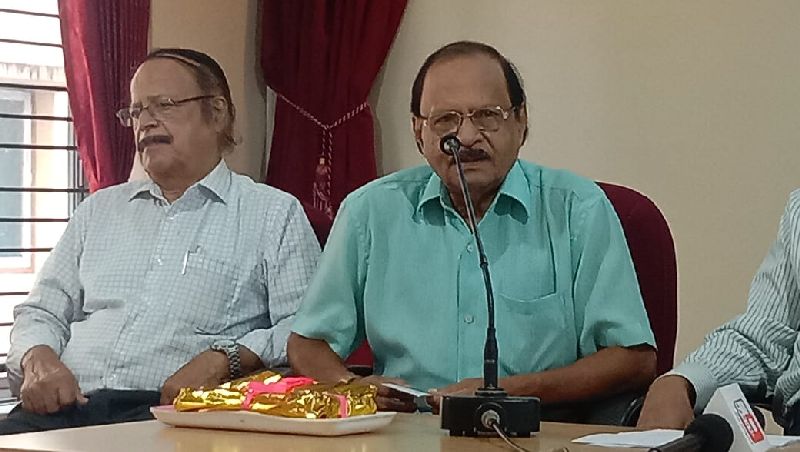 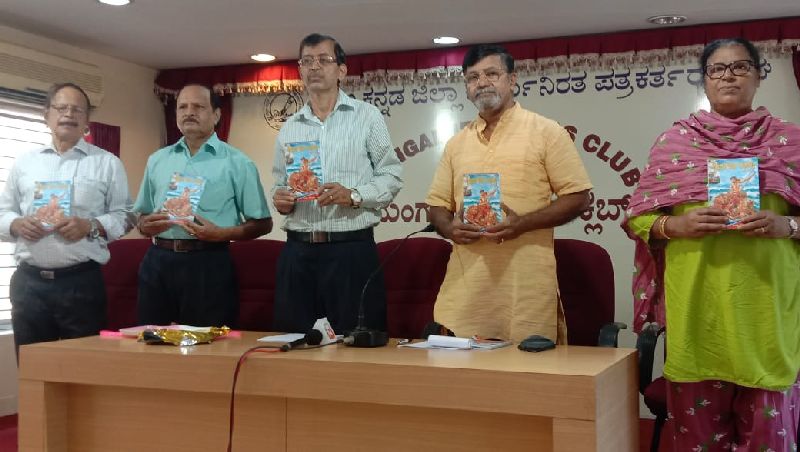 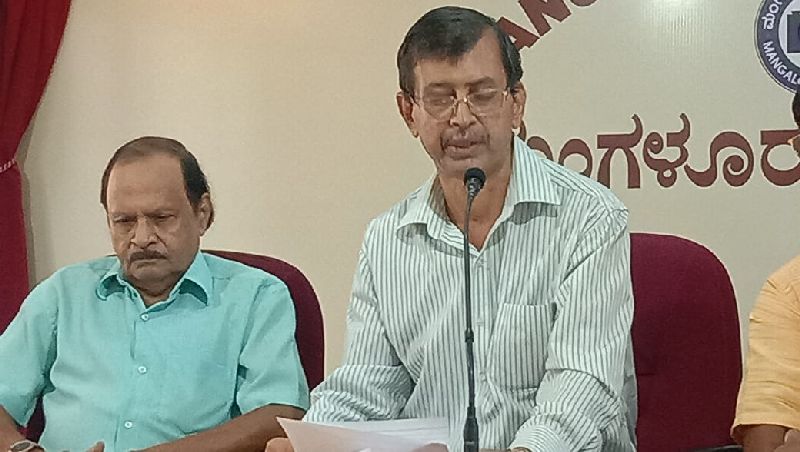 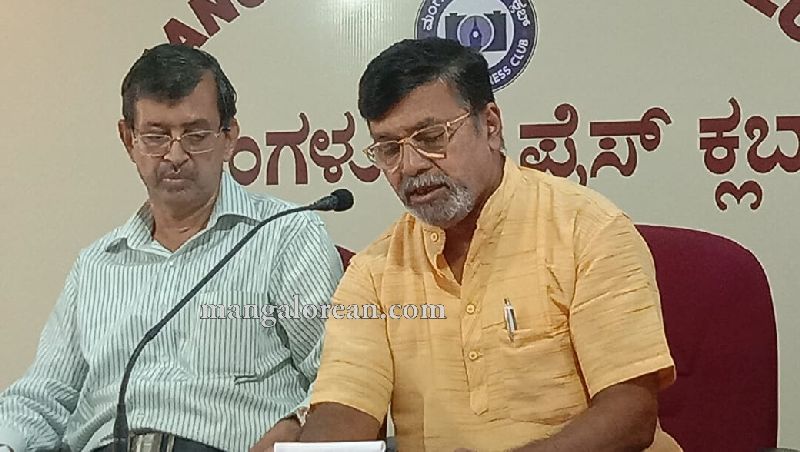 Locally here now in Mangaluru, Joachim Fredrick D’Souza, popularly known as J F D’souza Attavar, a multilingual writer, who writes in Konkani, English, Kannada and Tulu, has written the FIRST edition Konkani Version of ‘Robinson Crusoe’, which was released today, 30 December 2020 at Mangaluru Press Club, by Richard Moras, Founder of ‘Konkan Kutam -Bahrain’, and a true and committed Konkani leader, an audacious writer with wider views, along with other dignitaries on the dais namely- Marcel ‘Macha Milar’ D’Souza, and Tracy Pinto, among others. The 112 + 4-page book is priced at Rs 100 and can be purchased by calling: 9448869726 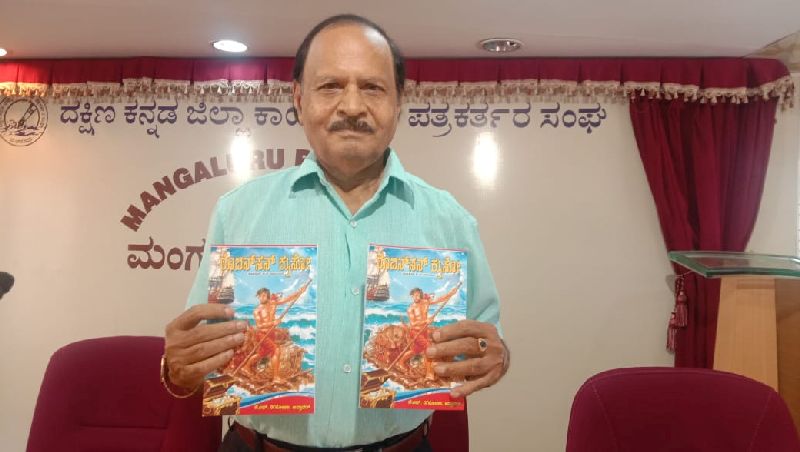 Joachim Frederick D’Souza (J.F. D’Souza) Born in Attavar, Mangaluru, is a multilingual writer. Writes in Konkani, English, Kannada and Tulu. He Worked in the Forest Department from 1961 to 2000 and retired as Superintendent having completed 39 years of service. Started writing in 1960 in Konkani in ‘Jhelo’ monthly magazine. Afterwards contributed stories, articles, jokes etc to Mithr, Kannas, and Vishal Konkan. He was a regular writer and used to write under the pen name Jeffrey Kumar, Jeppu, Sree Jeffrey, Jeppu and J.F.D. Souza, Attavar.

In addition to 12 children stories books, he has also written a book on steps needed to lead a happy Life namely ‘Velakalachein Sutram’. and `Hassos Haso’ (Comics book) Now his 14th book ‘Robinson Crusoe’ an adventures story of yesteryears’ in Konkani is published. His maiden Bhangarachi Masli (golden fish) won him the laurels as in 2004 he won Konkani Sahithya Academy Award in Children’s Literature category. Recognizing his contribution to literature KonkanFriends.com, London felicitated and presented him with a title ‘Konkan Star’ in 2007.

He has also participated in the State/Dist Level ‘Kavi Ghosti’ Programmes. Served in ‘Milarchem Milan’ Church magazine in its editorial board for nearly 14 years and for 4 years worked as the editor. Now working as Hon. Editor. Served as Treasurer of Konkani Writers Forum for two terms (4 Years). He still continues his literary work in Kannada, Konkani, English and also in Tulu.