Chitradurga, (UNI):  Five persons were killed in a gruesome accident when their vehicle collided with a bus near Bilikere village of Molakalmuru taluk in this district on Saturday. 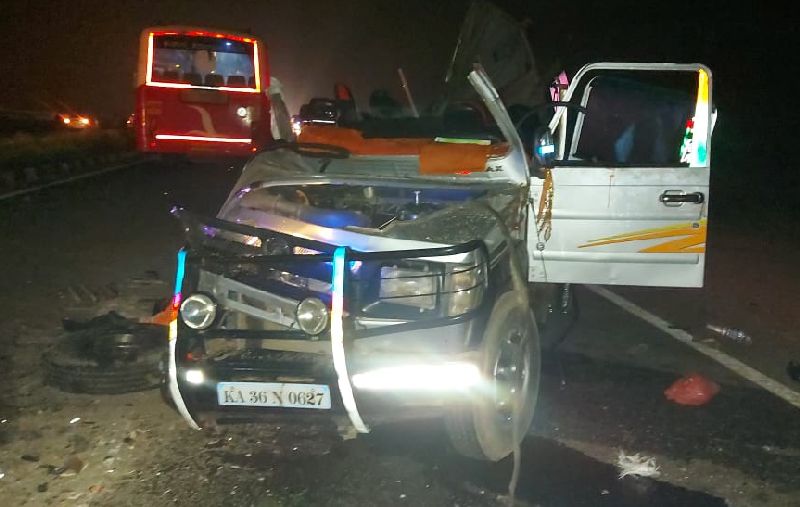 According to police sources, the incident occurred in the wee hours of Saturday and all the deceased belonged to Lingasugur taluk of Raichur district.

The injured, few of them critical, had been admitted to Bellary hospital.

The deceased and injured labourers, were on their way to their village to exercise their franchise in today’s Panchayath elections in the village, the sources added.