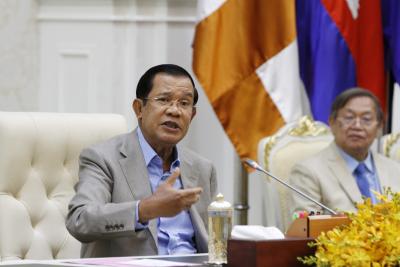 In a voice message released publicly on Saturday, Hun Sen said that rainwater flooding has also forced the evacuation of a number of affected families to higher ground, Xinhua news agency reported.

He added that the floods have inundated 151,412 hectares of rice paddy and 41,024 hectares of other crops.

“Water has receded at some places, but risen at some places, and according to weather forecast, there will be some more rains,” Hun Sen said. “However, the situation is under control.”

He ordered Deputy Prime Minister and Minister of Economy and Finance Aun Pornmoniroth, who is also the acting minister of agriculture, forestry and fisheries, to assess the damage caused to rice paddy and other crops and advised him to prepare seeds to distribute to farmers for replanting when water recedes.

Floods usually hit the Southeast Asian nation between August and October every year. In 2021, flash floods claimed 11 lives and forced the evacuation of 172,297 people, according to an official report.