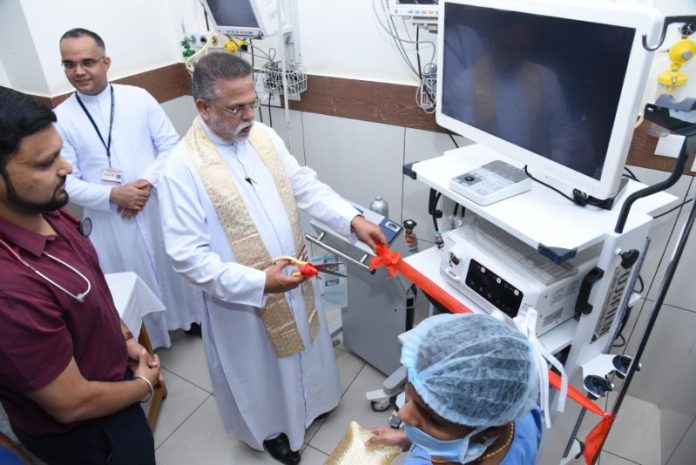 Mangaluru: A new day, a new machine, a benefit for not only to diagnose and treat but for the utmost care of every patient entering the doors of the Father Muller Medical College Hospital was the prelude mentioned by the Director FMCI Rev. Fr Richard Aloysius Coelho. The new equipment will be a boon to the people of the region giving them advanced diagnostic facilities thereby aiding in earlier detection and faster sample recovery. Endobronchial ultrasound (EBUS) is a minimally invasive but highly effective procedure used to diagnose lung cancer, infections, and other diseases causing enlarged lymph nodes in the chest. Endoscopic ultrasound (EUS) is a minimally invasive procedure to assess diseases of the digestive (gastrointestinal) tract and other nearby organs and tissues. 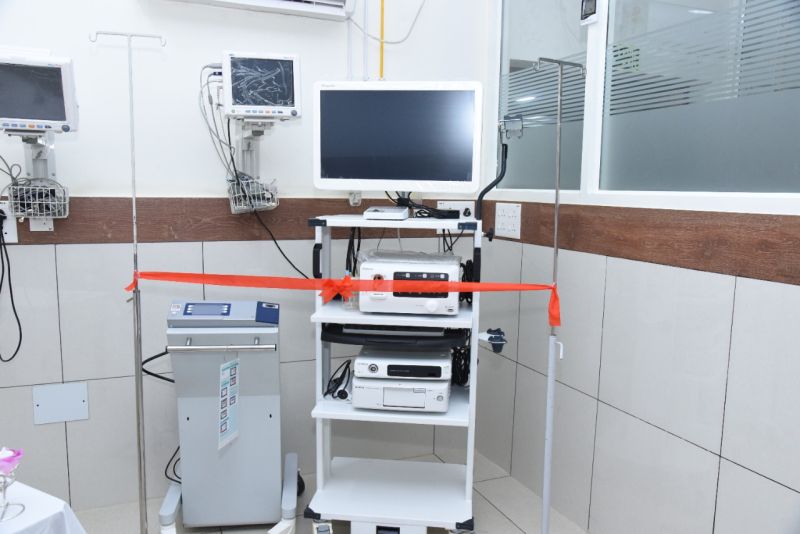 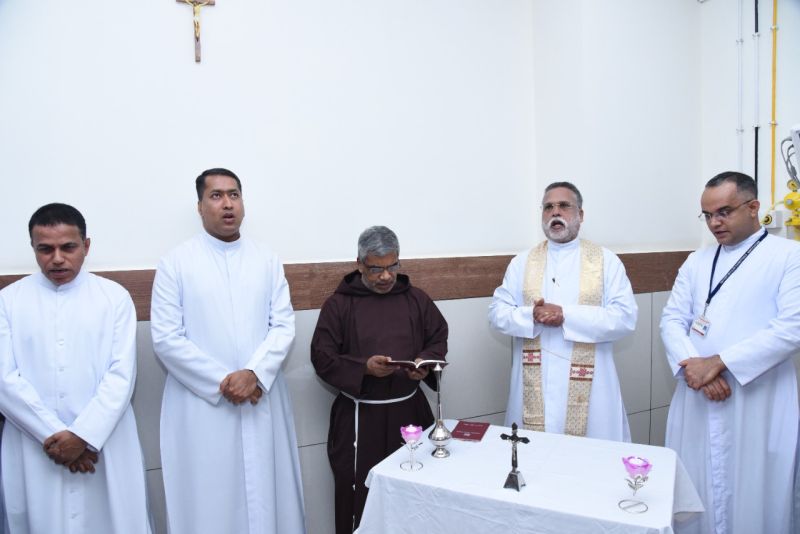 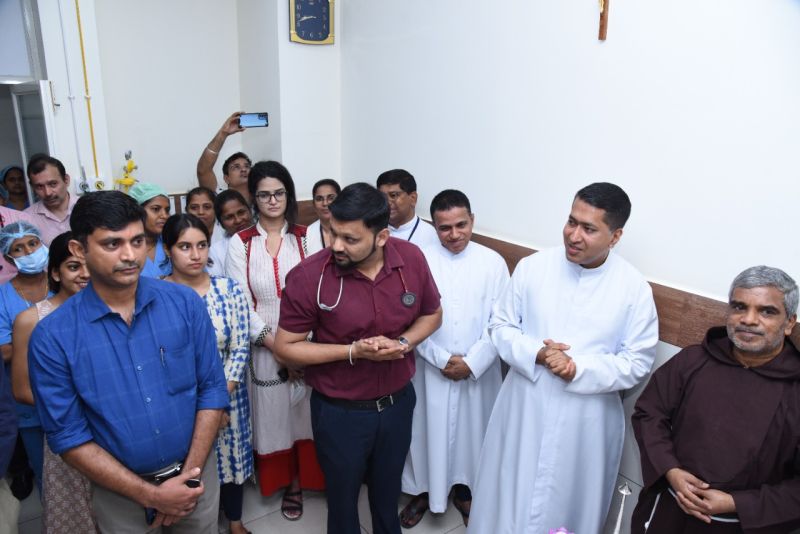 The blessing and inaugural of the EBUS of the Departments of Interventional Pulmonology and Gastroenterology was done in the early hours of Saturday, 22 October 22. A prayer service held to bless the new equipment placed in the Casualty Operation Theatre was witnessed by the members of the management, Doctors and Postgraduates. 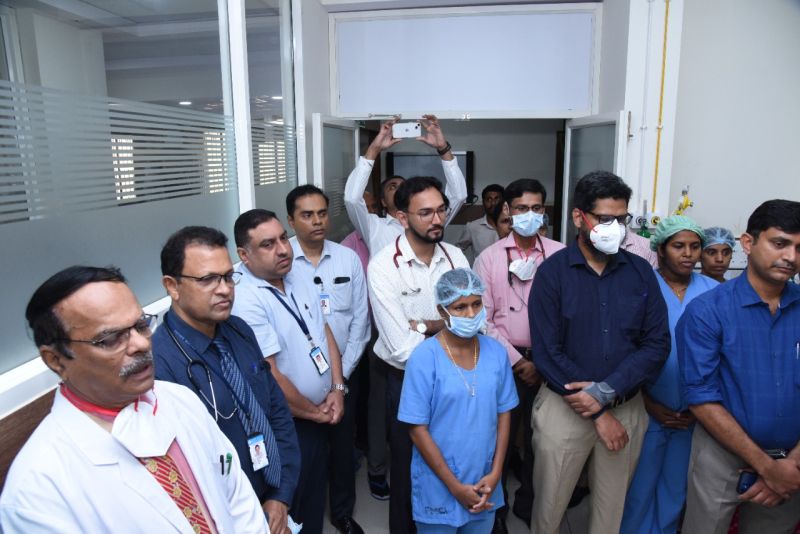 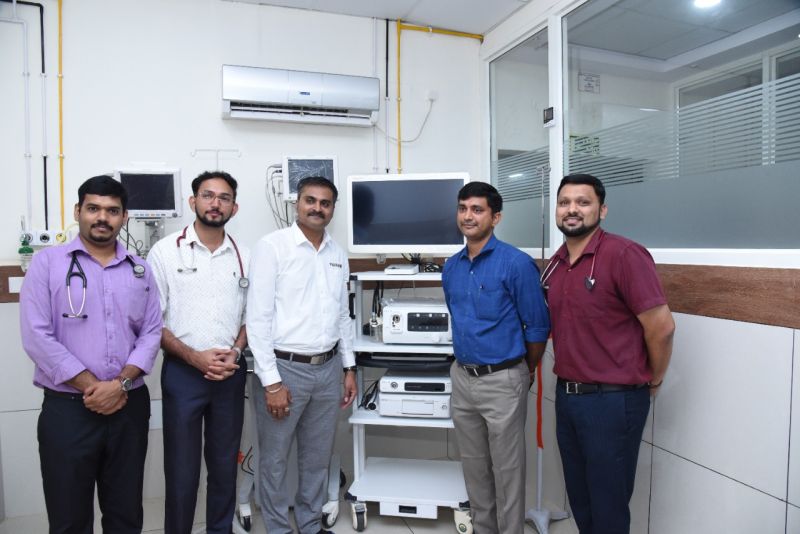 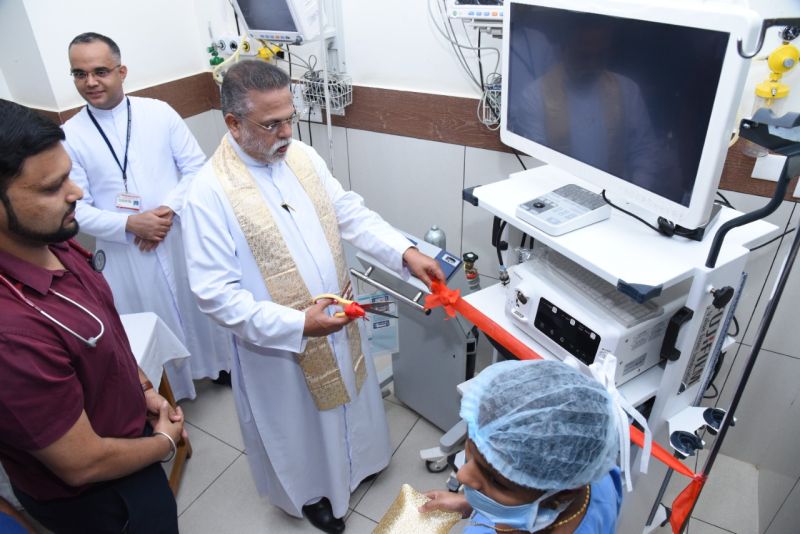 Cancers are increasing at an alarming pace. Lung cancers along with oral cancers account for a majority of cancers. Though lung cancers were seen majorly among smokers, now we have a lot of lung cancers among non-smokers. Most lung cancers are diagnosed at late stages and hence survival rate is very low. Endobronchial ultrasound (EBUS) is an innovative technology for identifying early lung malignancies by sampling the lymph nodes and masses which are not accessible by bronchoscope. EBUS can also help in the diagnosis of early stages of lymphoma, TB, sarcoidosis and other diseases which involve lymph nodes of the chest. Early diagnosis leads to early intervention and a good prognosis. The 5-year survival of lung cancer in late stages is 19 percent as compared to 56 percent in early stages said Dr Don Gregory Mascarenhas, Interventional Pulmonologist. The other equipment in addition to the EBUS is Cryo technology which is used to take larger biopsies, remove mucous plugs/foreign bodies, stop bleeding in the airways and also reduce the size of endobronchial tumours in lung cancer patients who are not fit enough to undergo surgery(de-bulking).

A rigid bronchoscope is used to secure airways in cases of haemoptysis. It’s also used as an anchor during the de-bulking of endobronchial cancers. It will also help in the removal of foreign bodies like pins, and peanut in the respiratory tract. 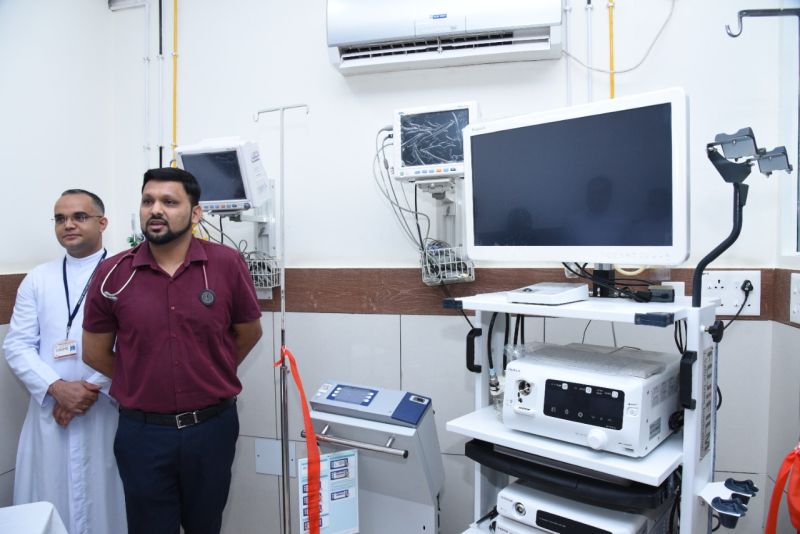 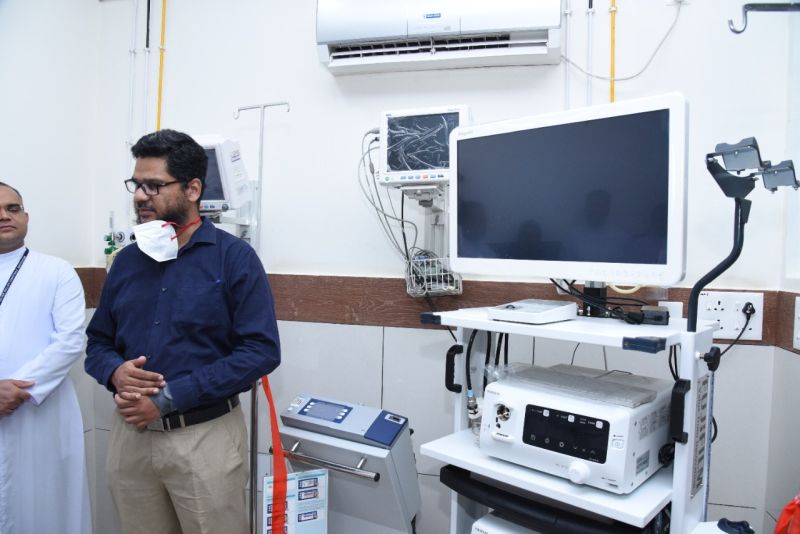 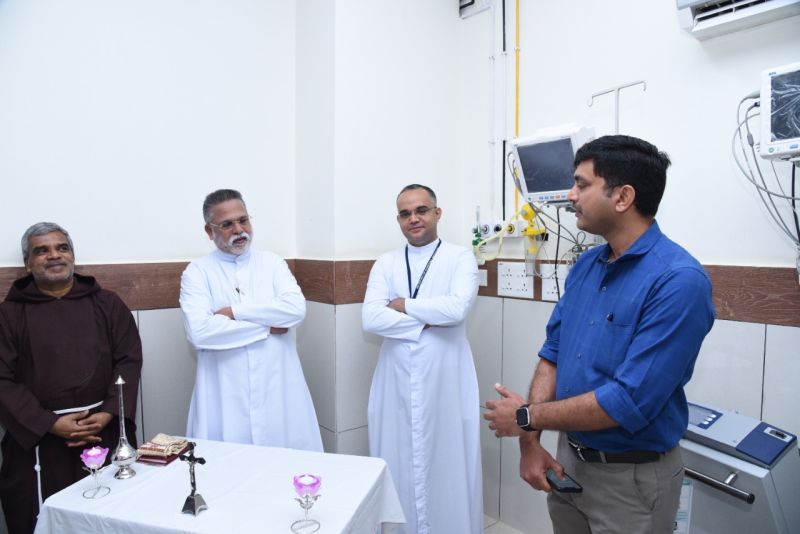 Thoracoscopy is used to diagnose pleural diseases like fluid/cancers in the pleural cavity. It can also be used to insufflate talc in the pleural cavity to prevent the re-accumulation of fluid. All these newer technologies will put interventional pulmonology on the map which will be a game changer in the diagnosis and treatment of lung diseases, especially lung cancers.

Dr Rifat Aziz, Medical Gastroenterologist briefed on the new equipment’s use in the Gastroenteric realm and thus it would make it easier and feasible for exploration through advanced endoscopy in detecting disease.

Dr Ganesh MK, surgical gastroenterologist proposed the vote of thanks and briefed on the highlights of the new equipment. He also mentioned the increased cooperation between departments of Radiology, Microbiology and Pathology with the new technology in place. The equipment is sourced from FujiFilm (Japan), Erbe (Germany), and Karl-Storz (Germany).