Home Agency News ‘For BJP, Modi is the ultimate leader and star campaigner’ 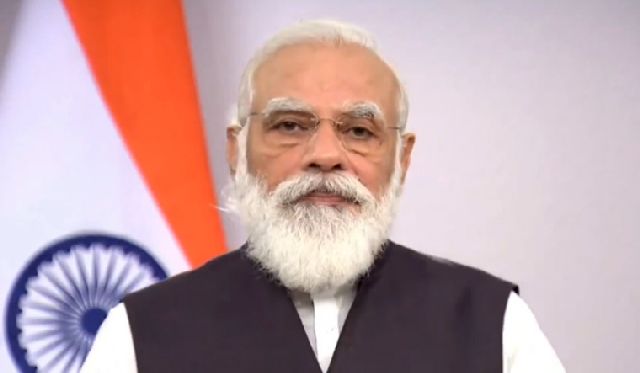 ‘For BJP, Modi is the ultimate leader and star campaigner’

Chennai: A day after Tamil superstar Rajinikanth abandoned his foray into politics, BJP national general secretary, C.T. Ravi on Wednesday said that National Democratic Alliance (NDA) has always been led by Prime Minister Narendra Modi in every election it contests and in Tamil Nadu too, it is no different.

Addressing reporters, Ravi said that the alliance with the All India AIADMK will continue.

“For us (BJP) he (Modi) is the ultimate leader and we will campaign in his leadership. It is a wrong perception that the BJP is in search of a star campaigner. Modi is our leader and he will be our best bet in any election, we contest,” Ravi told IANS from Chennai.

On Rajinikanth’s announcement that he would not launch a political party, Ravi said that he respects his decision.

“Rajinikanth had always protected the national and Tamil Nadu’s interests. He is a great leader. I hope our party will ask for his support during elections. Everyone knows, how close his relations with Modi are,” he said

It may be recalled that Rajinikanth, who earlier said he would launch his political party in January 2021 promising a brand of ‘spiritual politics’. The superstar’s political advisor Tamilaruvi Manian had earlier said their party will fight on all 234 seats in the next Assembly elections.

But two days after being admitted to the hospital due to fluctuating blood pressure and exhaustion, Rajinikanth was discharged from Apollo Hospital in Hyderabad on Sunday.

He announced on Tuesday that he would not float his party in view of his health condition, having undergone a kidney transplant four years ago, and considering the Corona virus pandemic situation.

In his three-page statement in Tamil, he said he will continue to serve the people in whatever way he can. The illness, he said, was a “warning from God” that he should not take on more pressures.

High or low BP is bad for me because they affect my transplanted kidney badly. Under doctors’ advice, I stayed at the hospital for three days and was supervised. In view of my bad health, the producer Kalanadhi Maran postponed filming, he stated while announcing his decision to quit.

The actor was shooting for a film titled “Annaatthe” in Hyderabad. The shoot was halted after crew members tested positive for Coronavirus.

The actor’s assertion that he would serve the people in whatever possible ways – without entering electoral politics – has led to expectation among a section of BJP supporters that he may ‘lend his support’ favouring the party, the way he had supported the Dravida Munnetra Kazhagam-led alliance in 1996.