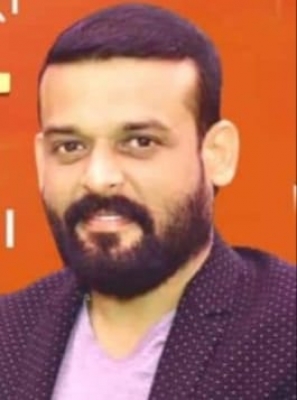 Lucknow: A 39-year-old former block president of Mau district was shot dead and two people, including one of his associates, were injured in a shooting incident in the Vibhuti Khand area in Gomti Nagar here.

The incident happened on Wednesday night.

A food delivery boy passing by, at the attack site, was also injured in the firing by three gunmen on a bike.

Political and personal rivalry is said to be the motive behind the crime.

The deceased has been identified as Ajit Singh. The assailants opened fire at him when he and his associate Mohar Singh alighted from their bulletproof SUV for dinner at a roadside eatery.

Mohar Singh and the food delivery boy, Akash, have been admitted to a hospital, and are out of danger. The police team has recovered 9 mm and .32 bore cartridges from the crime scene.

He was externed from Mau district last week, according to the police.

Lucknow Police Commissioner D.K. Thakur said, “About 18 cases have been registered against Ajit Singh, including five murder cases. The persons who fired bullets at him were known to him and possibly, the purpose was to take revenge. About 25 rounds of firing took place.”

Ajit Singh a.k.a Ajit Langda was a former block pramukh of Mohammadabad Gohna in Mau district.

Police sources said Ajit was a witness in the trial of former MLA Sarvesh Singh Sippu’s murder in Azamgarh, the hearing of which is going to commence soon.