We, the Members (63 women and men Religious, from 16 states representing 20 Congregations) of the Forum of Religious for Justice and Peace, came together for three days (22 – 24 September 2022) at the Montfort Social Institute, Hyderabad, Telangana for our XVII National Convention. We deliberated on the theme, ‘Deepening our identity as Religious: Responding to the Signs of the Times’, in mutual respect for one another’s opinions, in profound moments of prayer and meditation, with valuable inputs and shared life together in solidarity.

Bishop Raphael Thattil of the Shamshabad Diocese, participating in the inaugural session reminded us that we are prophetic people in a Church that is often defaced by the predominance of cult and ritualism. Further, he invited us to be steadfast in the midst of tribulations that necessarily come from one’s stand alongside the poor and the oppressed.

We were privileged to have in our midst, Sr. M. Nirmalini A.C. the National President of the Conference of Religious India (CRI) who gave us an insightful and challenging keynote address on the theme. Referring to Pope Francis’ Apostolic Letter ‘To all Consecrated People’ (21 November 2014) she said, “in 2014 Pope Francis asked consecrated life ‘to wake up the world’, to witness to the world that there is another way of being, acting and living, a prophetic way of life.

In order to wake up the world, religious people need to be awake to the joys and cries of the world around us and to God’s call. Where we stand, what we see, and how we listen, all matter. A prophetic way is called because when we look at the world, we will not only see incredible love, goodness, beauty and generosity but will also see people and earth suffering needlessly, begging for a response. We are called to respond.” 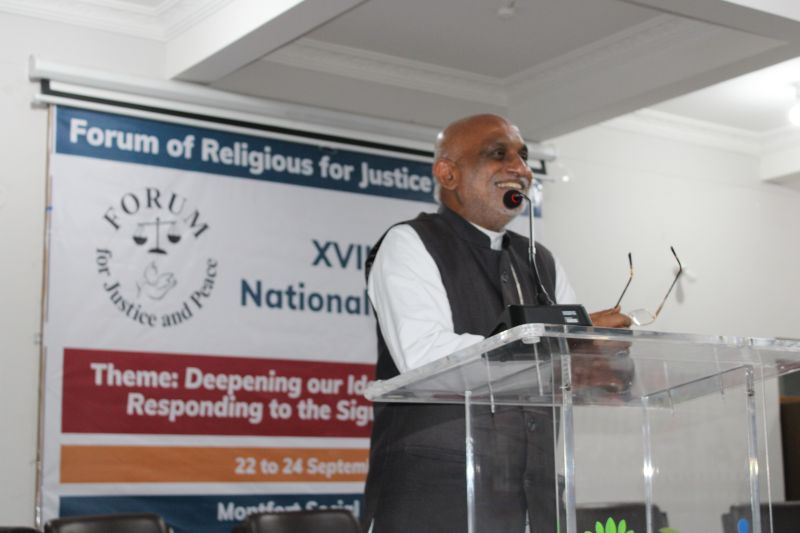 Meera Sanghamitra, a well-known activist who is actively involved with feminist, civil liberties, and transgender rights issues as well as in the National Alliance of Peoples Movements (NAPM) provided us with an incisive picture of the many issues which grip our people today. The possible way forward, she said, should be in Hope, Healing and Harmony, along with Struggle, Solidarity and Sustained engagement in the present socio, political, economic, cultural and religious context.

As religious committed to justice and peace, we express our concern at the deteriorating situation of our nation on every front. Fascism seems to have come to stay. We have reached abysmal depths on every parameter: be it social, economic or political. Recently, the ‘Global Human Index’ put India at a pathetic low rank of 132 out of 191 countries evaluated. There are several other global indices today which put India at rock bottom. The poor in India become poorer every day; the rich and powerful continue to profiteer at their expense and amass scandalous amounts of wealth.

The Adivasis are robbed of their jal, jungle and jameen. The Dalits and OBCs and other subaltern groups are still denied the dignity, equality and justice, which are legitimately theirs. The minorities (particularly the Muslims and Christians) are targeted with hate speech and persecution, by a regime which systematically and continuously denigrates and demonizes them with a divisive and violent agenda. Intolerance is on the rise.

Unconstitutional anti-conversion laws are centre-stage today. The four labour codes go against the rights of the workers and clearly favour the profiteering big corporates. The pitiable conditions of the migrant workers came to the fore when the lockdown was announced in March 2020. The fisher workers of Kerala and other parts of the country are fighting against corporates who intend to destroy their livelihood. Unemployment and spiralling inflation have greatly impacted the lives of the poor. 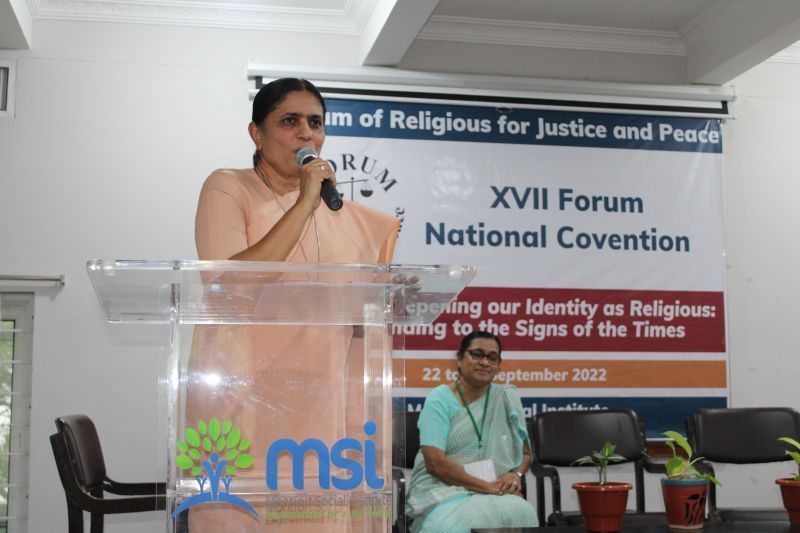 The new National Education Policy (NEP) which has been pushed through, is clearly anti-poor and anti-minority and caters only to a small section of the rich and the elite. Corruption is mainstreamed and crony capitalism is rampant. India has been placed last (180 out of 180 countries) in the ‘Environmental Performance Index (EPI) 2022.’ Freedom of Speech and Expression is in the doldrums. Human rights defenders (HRDs), (including some organisations) and many others – like those incarcerated in the Bhima-Koregaon conspiracy case- who take a stand against the regime are hauled up, false cases are foisted on them, they are attacked, incarcerated and even killed (as we have painfully experienced in the death of our brother Stan Swamy who died whilst still in police custody) …. We are aware of much more!

We are also deeply pained at the silence of the Church: bishops, priests and religious on issues which are destroying the democratic, pluralistic and secular fabric of our country. When we talk of ‘Synodality’ today, Church leadership in India has still not shown signs of shedding its clerical and patriarchal mentality. Caste discrimination is still practiced within the Church; besides, Church leadership has not demonstrated the courage and transparency to address some critical issues involving bishops, priests and religious. It is, therefore, for good reason, we have released during this Convention a booklet entitled, ‘The Kuravilangad Case: A Critical Study’ which we hope will open the eyes and hearts of some and be read by many, with objectivity and compassion.

We, the members of the Forum of Religious for Justice and Peace, therefore resolve

(The above Statement was unanimously passed by the Forum of Religious for Justice and Peace members who participated in the XVII National Convention held in Hyderabad).