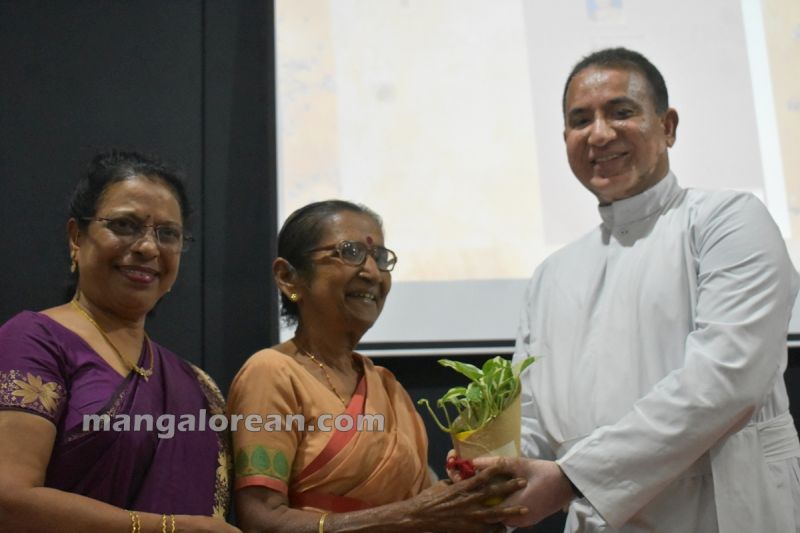 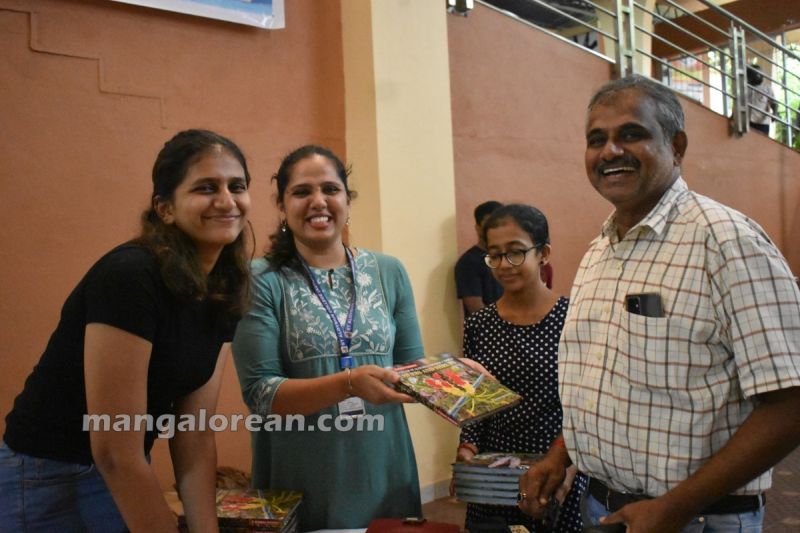 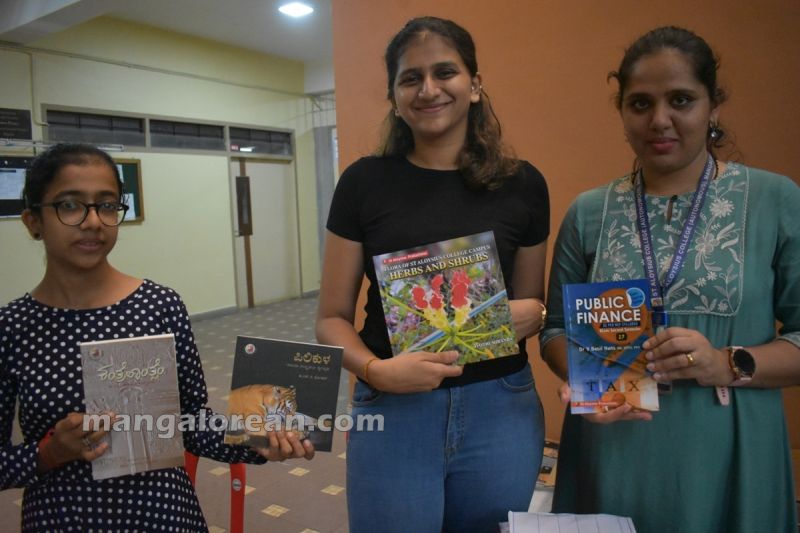 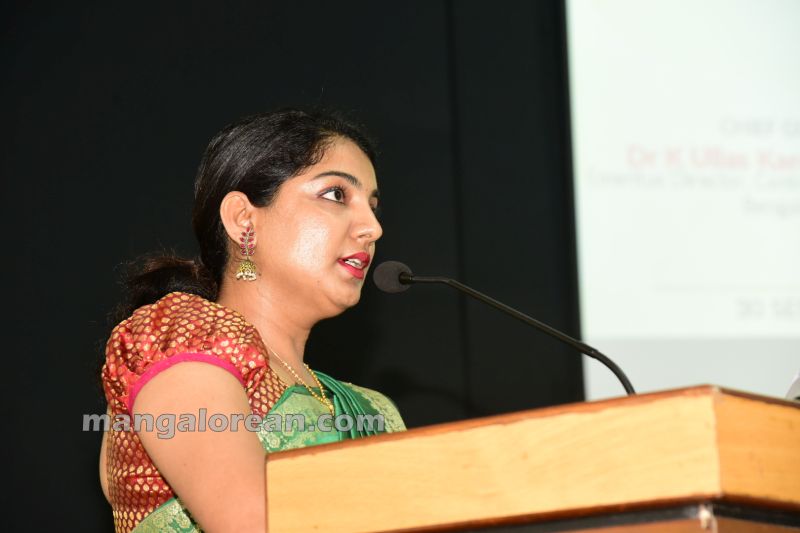 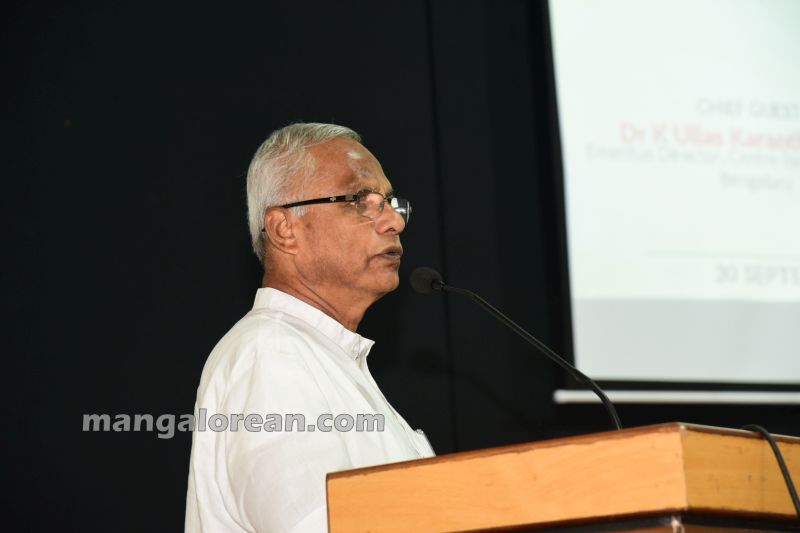 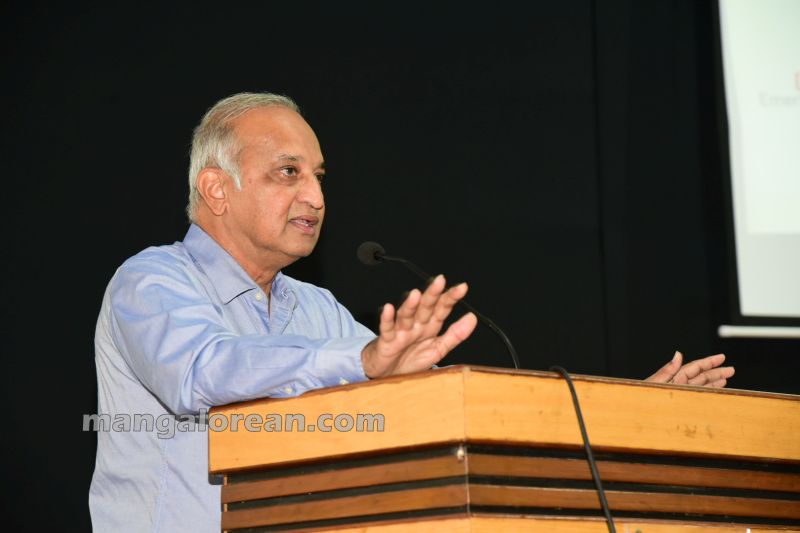 Dr Vidya Vinutha welcomed the gathering. Dr Mona Mendonca, Assistant Professor, Department of History briefed about the books. Ms Jyothi Simav Vaz, Department of Postgraduate Studies and Research in Chemistry compered the programme and proposed the vote of thanks. The introduction of the four authors and their books was done by Jorge Luis Borges an Argentine short-story writer, essayist, poet, and translator, who due to a hereditary condition, became blind in his late fifties once in an Interview was asked “People speak of the disappearance of books, and they assert that modern developments in communications will replace them with something more dynamic what do you think of that?”. 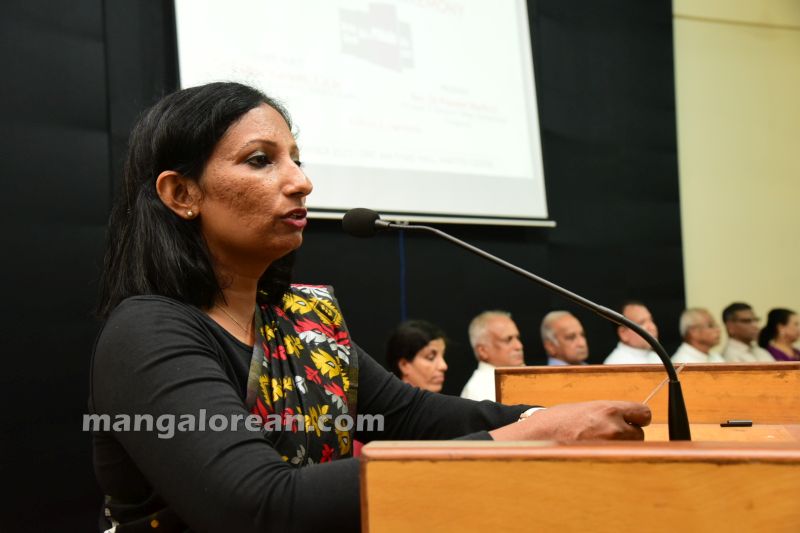 For which Borges replied, “I believe, books will never disappear. Among the many inventions of man, the book, without a doubt, is the most astounding invention because Only the book is an extension of our imagination and memory. This statement today is so apt for the occasion as Four books were released. The introduction of the books and their authors were done by Dr Mona Mendonca- Assistant Professor in History at St Aloysius College.

“PILIKULA ” written by N G Mohan, is a proud alumni of SAC. From his college days to the present he has kept himself active and has been involved in various service oriented projects at different capacities. May it be with the Red Cross or raising funds for a good cause or promoting science and heritage. As a member of the editorial board he was instrumental in publishing a book called “POLI” depicting the history, culture and development of our District. 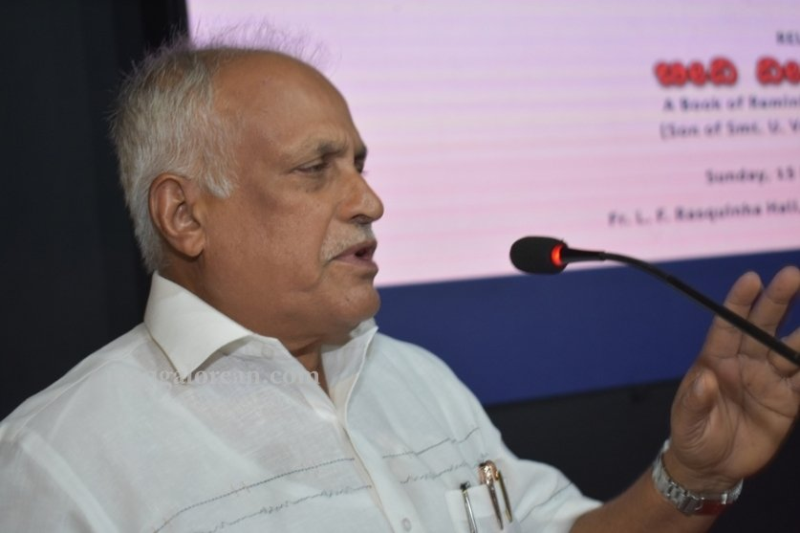 This book Pilikula it is a coffee table book that speaks extensively about Pilikula nisargadhama the pride of our district which we know was the brainchild of the former Deputy Commissioner of DK district Bharat Lal Meena, IAS a farsighted visionary in his works and an able administrator who initiated this project to flourish in Mangaluru. His main
intention was to conserve the biodiversity, heritage, and culture of Coastal Karnataka. Bharat Lal along with J R Lobo took charge as the founding Executive Director and worked for 18 years at Pilikula Nisargadhama. N G Mohan in this book has attempted to narrate the genesis and the growth of Pilikula Nisargadhama, a natural habitat spread across 370 acres that is today protecting the environment, heritage and attracting tourism. 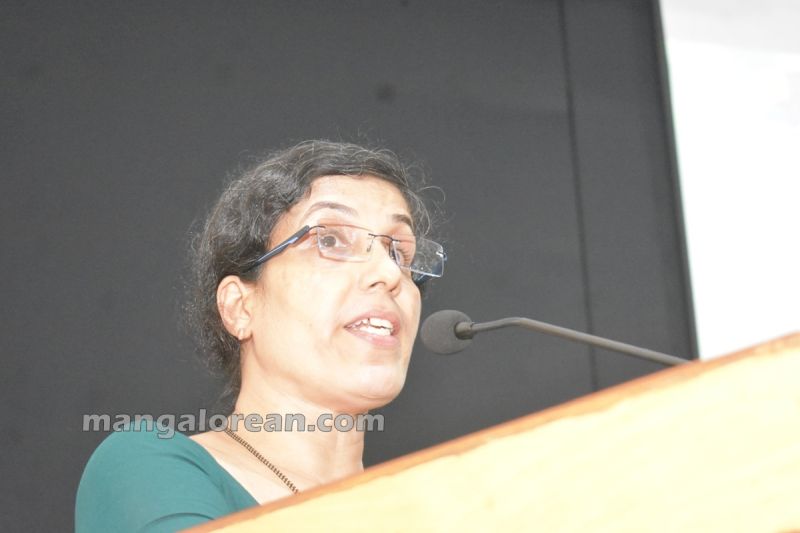 It is not just a coffee table book with colorful images but also a study material for the students who are interested to know about plants and also is useful for the general public who love plants. This book is written to create awareness about these plants, which may help in the conservation of species in the days to come.

The Book ‘Public Finance’ authored by Dr V. Basil Haans, is a Former Associate Professor of Economics who served for about 36 years at St Aloysius College and retired from teaching service on August 30, 2022. Dr Haans is a versatile writer, also known for his oratory skills in English and Kannada. Besides his main subject of Economics, he has written immensely on Sociology, Political Science and Constitution, English literature, Anthropology, and Religion, Ethics, Business etc. He has authored over 200 articles and over 50 books – text and references. 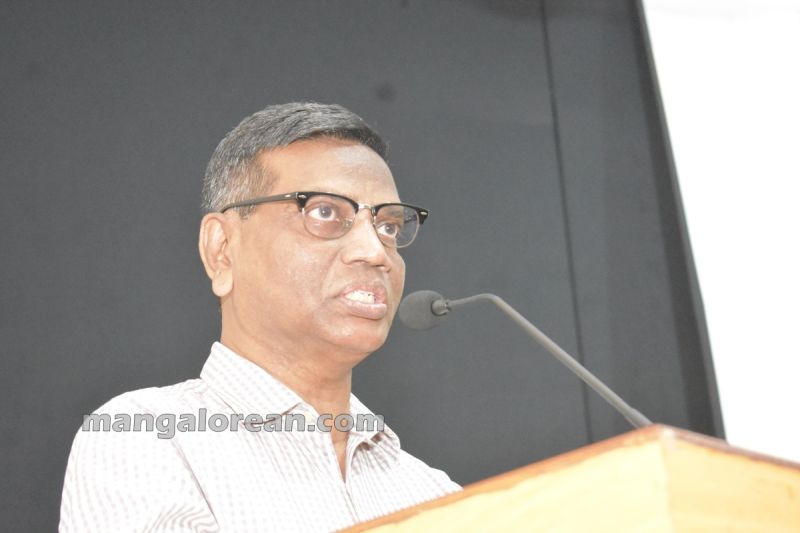 He is on the editorial board of more than 30 Journals and has produced MPhils and PhDs, besides writing, he reviews papers, dissertations and theses. This book of his released today namely Public Finance is mainly written for UnderGraduate students to study fiscal economics in simple language. This book is the result of his research on questions on social choice and public policy. Concepts and theories have been explained in simple language. It contains model questions and question papers also. All his previous books were well received by students and teachers.

The greatest challenge for any writer, and that is the job of translation. Mrs Molly Miranda who took up the task of translating the autobiography of Mrs B M Rohini a well-known literary figure who has authored more than 10 classic books in Kannada. Mrs Molly Miranda a native of Kulshekar is a well-known Konkani stage actress and retired Central Liaison Accountant. She has for her credit more than 25 well-researched articles published by reputed magazines and journals. And for her contribution in the field of Kannada and Konkani literature, she has been honored with several awards, including honors from Kannada Sahitya Parishad, Kannada Sahitya Academy, etc. 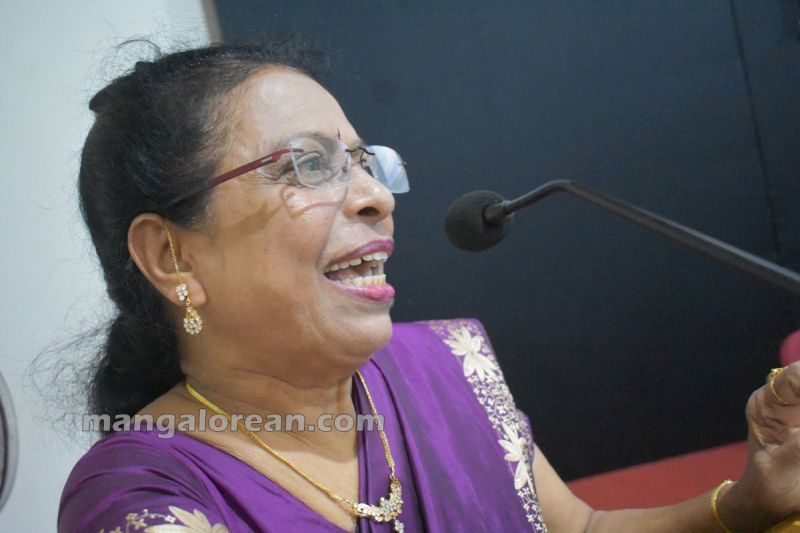 This autobiography ಕಂತ್ರೆ ಲಾಂತ್ಲೆಂ. was originally written in Kannada with the title “Nagandige- olaginda”which was published in 2019 by Mrs BM Rohini. This book has 332 pages with 38 chapters which allow us to travel back in time with Mrs B M Rohini and today as the book is getting released Ms Rohini who graced the event was felicitated by the college principal. congratulations to Mrs Molly Miranda on the release of her Konkani Book ಕಂತ್ರೆ ಲಾಂತ್ಲೆಂ.