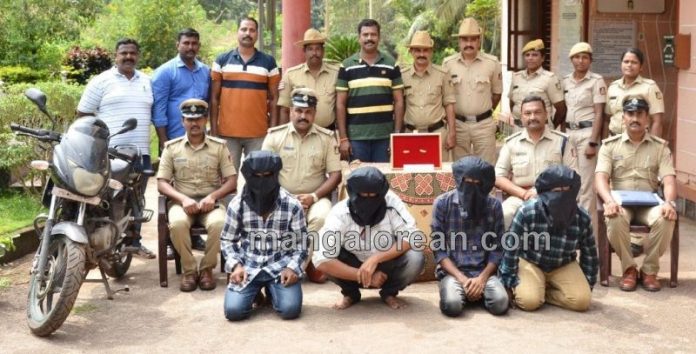 Udupi: The Shirva Police arrested four inter-state accused on November 16 and recovered Gold ornaments they had stolen from Shirva and Moodbidri Jewellery shops posing as customers. 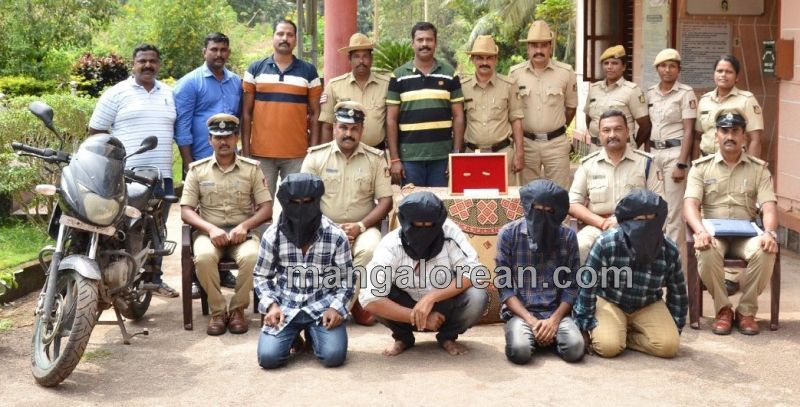 The arrested have been identified as Shanabella B (45), Mohammed Ali (32), Ashur Ali (32) and Ganesh Kumar (40) all from Dindigul, Tamilnadu.

On June 6, two of the accused visited Kripa Jewellers in Shirva posing as customers. While checking the designs, they diverted the attention of the salesman in the shop and stole a 28.799 grams gold neckless worth Rs 1.49 lakh. In this connection, a case was filed by the Shop owner Vivekananda Acharya at the Shirva Police station. A similar complaint was also registered at the Moodbidri Police station.

Based on the complaint, the police analyzed the CCTV footage to identify the accused and arrested them.

The police have recovered gold ornaments worth Rs 2.66 lakhs from the accused.