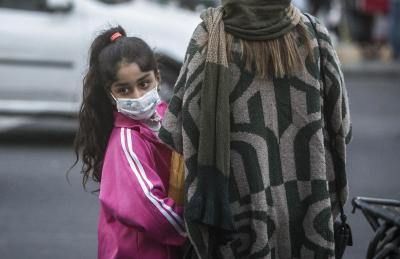 Paris: France reported 146 deaths caused by Covid-19 infection in the past 24 hours, according to data released by the health authorities.

In the past 24 hours, 3,093 new cases were recorded, a sharp drop from 20,262 reported the day before, due to the close of many screening places for Christmas, it is explained, Xinhua news agency reported on Saturday.

France is to start its vaccination campaign on Sunday. The first 19,500 vaccine doses arrived early Saturday morning, under gendarmerie escort, at the central pharmacy of Public Assistance-Paris Hospitals (AP-HP) in the Paris suburbs, and doses for other sites were also delivered during the day, reported local media.

A dozen residents aged over 75 as well as a caregiver over 65 years of age will be vaccinated at a hospital in north Paris on Sunday morning, to symbolically mark the start of vaccination across countries of the European Union, according to reports.

The vaccine doses will then be deployed in around 20 institutions for the elderly next week. For some 7,000 nursing homes and other establishments for the elderly across the country, vaccination for residents and their caregivers will start on a large scale at the beginning of 2021.

Under the government plan, about a million people will be offered the vaccine during the first stage of the campaign over January and February.

The campaign, already under spotlight as the country is concerned about a new epidemic wave after the year-end holidays, is seen as a “window of hope” after a first case of the new coronavirus variant was confirmed on French soil.

The case was confirmed in Tours on Friday in a French citizen who had arrived from London on Dec. 19 and was “taken into care” in hospital two days later. He is asymptomatic and has been isolated at his home, the health ministry said.

“The health authorities have carried out contact-tracing of health professionals who have taken care of the patient and are searching for his contacts,” said the ministry in a statement.

According to the website of the World Health Organization, as of Dec. 22, there were 233 Covid-19 candidate vaccines being developed worldwide, and 61 of them were in clinical trials.

A couple of vaccines developed by pharmaceutical companies from the United States, Germany, Russia and China have so far been authorized by several countries and regions for emergency use.