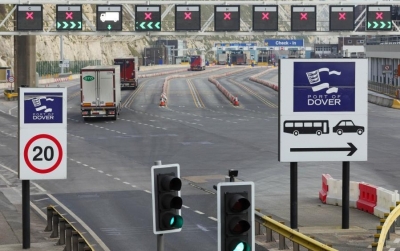 Paris: France would keep its border with Britain closed to contain a highly contagious new coronavirus strain after 19 cases of the mutated virus were detected at home, Prime Minister Jean Castex said on Thursday.

“On December 20, we closed (our) border with the United Kingdom. This measure will be extended until further notice,” Castex said at a weekly press conference on the sanitary situation.

Only certain categories of people would be allowed to enter French territory provided that they show a negative test, he added.

Speaking at the same meeting, Health Minister Olivier Veran confirmed that 19 infections with the coronavirus variant first reported in the UK have been detected so far in France, including two cases identified in worrying clusters in Ile-de France and Brittany, the Xinhua news agency reported.

Three other cases of the new Covid-19 strain first found in South Africa were also detected, he added.

“We want to avoid at all cost the spread of these variants in France. We take the threat of these two variants very seriously and we’ll take all necessary measures,” he noted.

Veran added that all the country’s laboratories were mobilised to track the new variants of the Covid-19.

As of Wednesday, France reported 25,379 new Covid-19 infections, bringing the cumulative number of cases to 27,05,618, the sixth highest tally after the US, India, Brazil, Russia and Britain.

Since the start of the outbreak, France has reported 66,565 coronavirus-related deaths. On Wednesday alone, 283 patients died.

As the world is struggling to contain the pandemic, vaccination is underway in some countries with the already-authorised coronavirus vaccines.

Meanwhile, 235 candidate vaccines are still being developed worldwide — 63 of them in clinical trials — in countries including Germany, China, Russia, Britain and the US, according to information released by the World Health Organization on Wednesday.