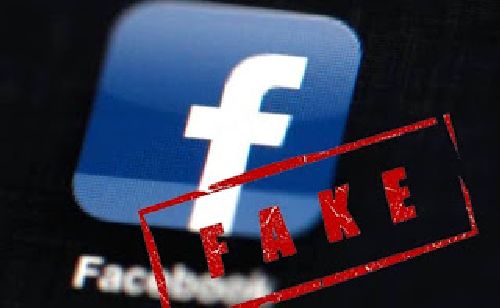 Udupi: If you are a Facebook user, and get a friend request from a person having a profile photo of him wearing a police uniform, introducing himself as a senior police officer, exercise caution before accepting the request. Or else you would be the next victim of this new modus operandi of cyber-criminals who are siphoning off money by creating fake accounts of police officers.

There has been an alarming increase in duplicating Facebook accounts, especially of police officers by cyber crooks to seek monetary help from social media users.

In recent times, unidentified fraudsters have created fake Facebook accounts of Udupi CPI twice within a week. The fraudsters had sent messages to his friends on social media seeking money by claiming that they are in a financial crisis.

The fraudsters first create a fake Facebook account of the police similar to what the real police are using, upload a similar profile picture and other details to make it look real, and then send a request to all his friends and relatives. The fraudsters would then have a casual chat via messengers after befriending them and later would request to transfer some amount giving any reason. They would suggest transferring the money via e-wallet.

Four days back, the cyber crooks created fake Facebook accounts in the name of CPI Udupi Town Manjunath and asked for money through messenger. He had reported the fake accounts and also lodged a complaint at the CEN Police station to take action against the fraudsters, who are said to be operating from north Indian states. Facebook later deactivated the account. Again on January 11 fraudsters created a fake Facebook account in the same name. The matter was again reported, and a complaint was also lodged in the CEN Police station.

When mangalorean.com spoke to the CEN police, they said, “We have taken the issue seriously and are tracing those involved in creating fake FB accounts. We will take stern action against those involved”.