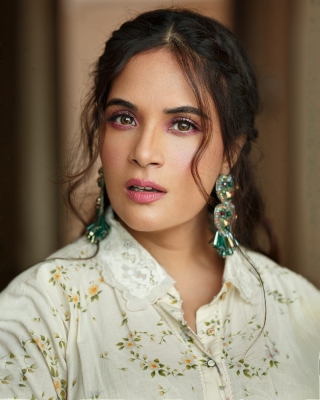 Fresh complaint against Richa Chadha for tweet against Indian army

A fresh complaint has been registered with the Delhi Police by a social activist Jyot Jeet against Bollywood actress Richa Chadha for allegedly making fun of Indian Army through a tweet.

New Delhi: A fresh complaint has been registered with the Delhi Police by a social activist Jyot Jeet against Bollywood actress Richa Chadha for allegedly making fun of Indian Army through a tweet.

Her ‘Galwan’ tweet in which she reacted to the Northern Army Commander Lt. General Upendra Dwivedi’s statement that the Indian Army is ready to execute orders like taking back Pakistan-Occupied Kashmir (PoK) had gone viral on social media. This incident had sparked outrage among the people.

“With reference to the above, I would like to file a complaint against Bollywood actress Richa Chadha, wife of Ali Fazal, for insulting and mocking our Indian Army in her tweet. She deliberately insulted the martyrs of the Galwan Valley clash. By doing so, she has also insulted the families of the martyrs of our security forces, who sacrificed their lives for the nation. Entire nation is hurt by her derogatory remarks insulting and mocking the martyrdom of our jawaans,” read the complaint lodged with the Delhi Police.

Though Chadha has said that she didn’t want to hurt anyone but a section of people demand action against her.

“She has disrespected our soldiers, it is happening after her marriage with Ali Fazal. She should face legal action for insulting those who laid down their lives for us,” said Jeet, the complainant.

He also added that it was an anti-national and a criminal act by the actress and thus an FIR should immediately be registered against her for disrespecting martyrs and martyrdom of our security forces, families of the martyrs and hurting sentiments of every Indian.