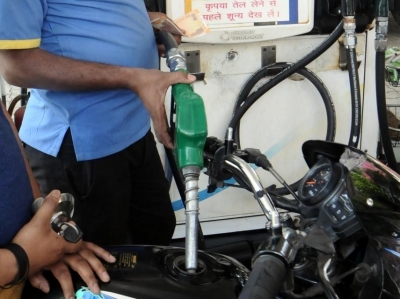 Accordingly, petrol prices in Delhi remained unchanged at Rs 84.20 a litre while diesel prices maintained its price line of Rs 74.38 a litre in the national capital on Friday.

Elsewhere in the country as well fuel prices remained at Thursday’s level.

The increase followed swift movement of crude oil prices that rose above $55 a barrel on Thursday. It is just over $54 a barrel on Friday.

At Rs 84.20 a litre petrol prices have breached the highest level of retail price of petrol in the Capital after October 4, 2018 when its price had risen to Rs 84 a litre.

The OMC’s patience of holding back fuel prices was broken on Wednesday when they increased the retail price of petrol and diesel for the first time this year after over a month-long pause.

The OMCs had gone on a pause mode last month at a time when the news of successful coronavirus and expectations of big pick up in demand had kept crude on the boil with prices breaching $ 50 a barrel mark then.

Petrol price was very close to breaching the all-time high level of Rs 84 a litre (reached on October 4, 2018) when it touched Rs 83.71 a litre on December 7. But the march had been halted ever since then with no price revision by the OMCs.

With Friday’s pause, fuel prices have now increased on 17 of the past 49 days with petrol prices rising by Rs 3.15 per litre and diesel by 3.92 a litre.

Earlier, petrol price had been static since September 22, and diesel rates hadn’t changed since October 2. It started rising in November and again went on pause since December 8. Since then, it increased on January 6 and again on January 7.

Though retail pricing of petrol and diesel has been deregulated and oil marketing companies were following a daily price revision formula, the same was suspended for almost two months to prevent volatility in international oil markets from impacting fuel prices regularly during the pandemic.