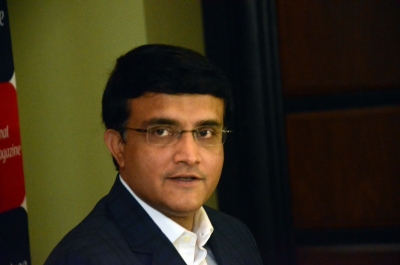 Ganguly now to be discharged from hospital on Thursday

Kolkata: Former Indian skipper and the Board of Control for Cricket in India (BCCI) president Sourav Ganguly will now be discharged on Thursday, the Woodlands Hospital has stated in its latest medical bulletin.

Ganguly had suffered a mild cardiac arrest during a workout session at his Behala residence on January 2. He had been moved to the Woodlands Hospital that day itself where he underwent angioplasty.

The 48-year-old had three blocked coronary arteries and a stent was inserted in one to remove the blockage.

“Mr Ganguly will be discharged tomorrow as he wants to stay back one more day,” the hospital said on Wednesday morning.

“Treating doctors will be keeping constant vigil on his health situation and taking appropriate measures from time to time at home,” it added.

A nine-member medical team was formed at the hospital to look after Ganguly.

Earlier, noted cardiac surgeon Dr Devi Shetty said that the BCCI president is stable and can now be discharged from the hospital.

“Sourav Ganguly is fit and he can get back to normal life as it was. He can be discharged tomorrow,” Dr Shetty said on Tuesday.