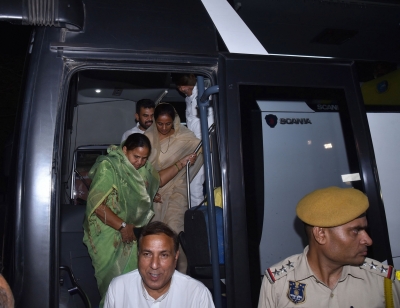 Jaipur: Politics in Rajasthan took a new twist on Sunday with around 70 MLAs, who are staunch supporters of Chief Minister Ashok Gehlot, gathering at the residence of state minister Shanti Dhariwal, to chalk out a strategy to eliminate Sachin Pilot from the race to select his successor.

As per state minister Pratap Khachriyawas, 92 MLAs are together and have decided to resign. “We have all the right to choose our leader and we will decide our leader,” he said.

These MLAs reached the residence of Assembly Speaker C.P. Joshi to submit their resignation.

Khachriyawas said that their only demand is that the new Chief Minister should be from those 101 MLAs who helped in saving the government during the rebellion and not from those who were a part of the rebels.