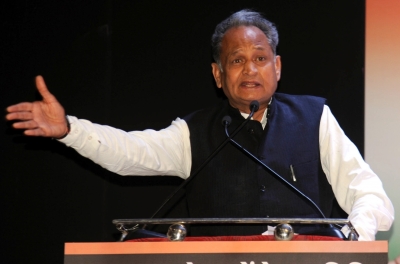 “Instructions should be issued to organise army recruitment rallies at the earliest. This will provide the unemployed youth with employment and the borders of the country will also get new sentries,” she said.

“I have a familial and emotional relationship with the Indian Army. My father, Late Brigadier Maharaja Sawai Bhawani Singh’s entire life was devoted to the Army. It is my belief that thousands of young people are recruited into the army from Rajasthan. According to sources in the Indian Army, about 2.23 lakh youth attend army rallies every year, and about 5,000 youth get jobs every year from army recruitment rallies. Every State is given a fixed quota by the Indian Army. If the State does not organise the recruitment rally by the due date, then the quota is transferred to another State,” she mentioned in the letter.

She further said that if the army recruitment rally is not approved in Rajasthan by February 2021, the quota set for Rajasthan will be transferred to another state, which will be an injustice to the unemployed youth of Rajasthan.

So far, around 1.60 lakh youth have registered themselves for army recruitment.

The Army Recruitment Headquarters is all set to conduct recruitment rally in Jaipur, Ajmer, Jodhpur, Udaipur and Nagaur districts of Rajasthan.

All the safety guidelines of Covid-19 will be followed in these rallies.