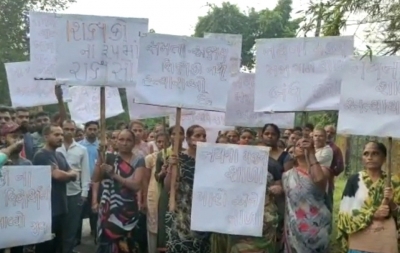 Parents of the deceased and villagers alleged that she took the extreme step after being beaten by the school principal Sapna and her husband.

Malavad villager Kiranbhai Patel told media that the Drishti’s mother was called to school to apprise her of her daughter’s poor performance in the unit test.

Chikhli Police Inspector K G Chaudhary told IANS that at present, an accidental death case is registered, post-mortem was carried out and its report is awaited.

Statements of the School principal and trustees have been recorded.

“It is too early to say that the girl student committed suicide because of corporal punishment. Only post-mortem report can reveal physical injuries. If the report states so, a criminal complaint will be filed against the school principal and her husband,” Chaudhary said.