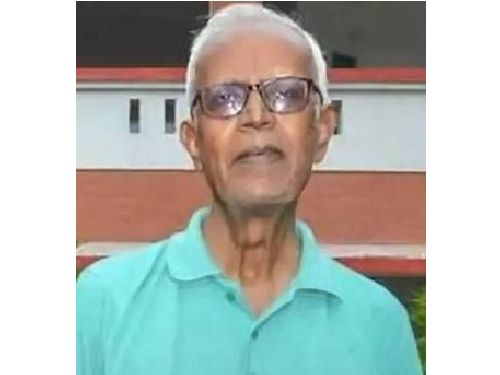 Panaji: The Goa Congress on Tuesday staged a protest in solidarity with the late Stan Swamy, an 84-year-old Catholic priest who was arrested under the Unlawful Activities (Prevention) Act in 2020 and died in a Mumbai hospital on Monday while still in custody of the National Investigation Agency.

“Since this BJP government has come to power, it has sent around 3,974 activists behind bars to further suppress their voice. They should be released immediately,” state Congress president Girish Chodankar said during the protest meet at the Azad maidan in Panaji.

“There is a need to awaken the national conscience and we Goans to start this revolt and will awaken the people of India… BJP is all out to suppress the voice of the public and harass activists. This party is imposing its ‘dadagiri’ on the people of the country.” Chodankar also said, adding that the death of the priest, while still in custody “proved that there was an undeclared emergency imposed in the country”.