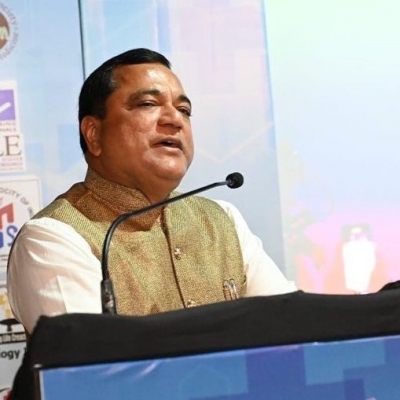 Panaji:  In order to curb drunk driving accidents in state, Goa will implement a new norm as per which bar and restaurant owners will have to arrange cabs for their inebriated customers to drop them home or hotels in case of tourists.

Speaking during ‘Road Safety Week’, Transport Minister Mauvin Godinho on Monday said that this is the new norm now.

Earlier last year too, Godinho had announced this effort, but had not come into reality. However, recently police had intensified checks during night and had fined those involved in drunk and drive.

According to him if people are drunk, then bar owners should not allow them to go in their own vehicle, but he should arrange the cab to drop them. “They can take their vehicles the next day,” he said.

“I am telling officers to liaison with bars and restaurants with heavy footfall, where people go. If somebody is drunk, it is the responsibility of bar owner to send them home by hiring a cab. Don’t send them driving their own car. This is a new norm in Goa for the safety of people. We will implement it very strictly,” he said.

“Goans and tourists when they go abroad, don’t they follow rules? Goa is something you break every rule, because somebody knows somebody and is well connected, as we have only 15 lakh population. You can walk in the secretariat with the minister and phone that I am being caught and not to issue challan. It is bad,” Godinho said.

“We want to discontinue it. Now henceforth those who break rules will be fined,” he said.

“I am really concerned with drunk cases. The cases of accidents are alarming. Around 20 per cent of cases coming to Goa Medical College are accidents. You may be so innocent on the road by driving so slow, but one fine day a drunk person can come and hit you. This should not happen. Therefore, I am telling Regional Transport Officers (RTO) that you have to be ruthless as far as drunk and drive cases are concerned,” he said.