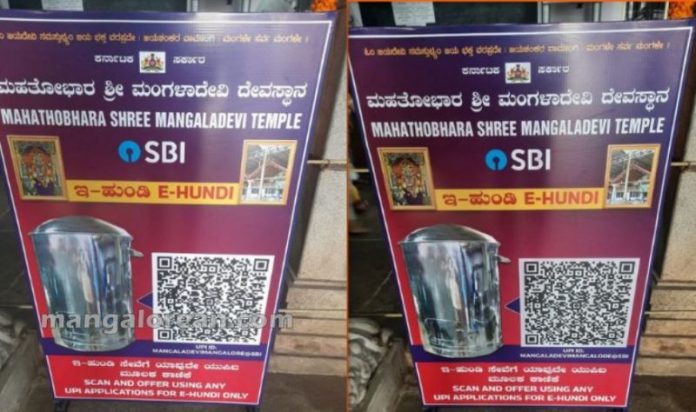 Mangaluru: Offering to the Hundis at many temples in Dakshina Kannada, including Mangaladevi Temple in Mangaluru has gone online with the e-Hundi facility. The Temples have adopted this new model of revenue generation through electronic hundi collection as many follow digital payment systems now. At Mangaladevi Temple the facility was launched recently during the Dasara celebrations as the Temple authorities expected a huge flow of devotees to the Temple. As per the facility, a QR-Code has been made available to make the payments. Devotees have been asked to cross-check their names and other details while transferring money online to the Temple hundi using the e-Hundi facility. All security measures to safeguard the payment gateway have been implemented for a hassle-free transaction. It is learnt that the Hindu religious institutions and charitable endowment department are gearing up to introduce e-Hundis in many more temples in Dakshina Kannada district, in the next few days. They have already been placed in five temples, and the response has been good.

At the Mangaladevi Temple, which is being visited by a large number of devotees during Navratri, the e-Hundis were introduced on 27 September 2022. A temple priest speaking to Team Mangalorean said, “Since we are in the festive season, we have not been able to check the bank statements every day. By the end of this month, we will be able to assess if devotees are making offerings by scanning the QR code, once the bank statements are analysed. The stickers with QR codes have been pasted on all 20 Hundis of the temple. This facility will save time in hand counting the donated money”. 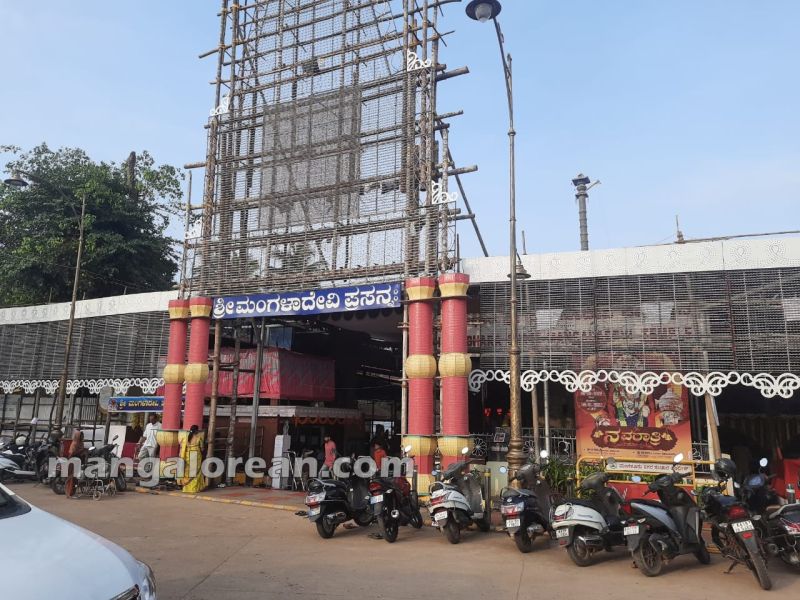 Sources reveal that at the Kukke Shree Subrahmanya Temple, the average collection per day through e-Hundis is approximately Rs 6,000 per day. Launched about two months ago, the digital donations by scanning e-Hundis placed on donation collection boxes are expected to rise to an average of Rs 25,000 per day, during peak season. Also, since the QR codes are prominently placed on the Hundis, and the devotees can scan from a distance of about 10ft, it is going to help devotees, especially when the temple is overcrowded. Dependency on traditional donation boxes at temples may reduce gradually, and in turn, it will also bring down the burden on staff engaged in counting cash in the boxes. Temples will be able to get the collection data in the form of bank statements, on an everyday basis, it is learnt.