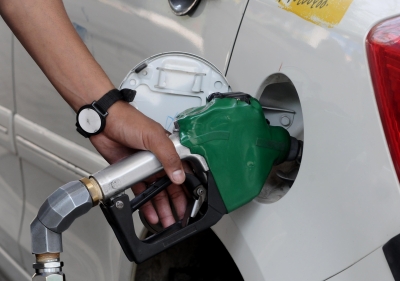 Govt may issue guidelines for ‘flex-fuel’ vehicles by Oct

New Delhi: Auto companies may soon be asked to manufacture passenger and commercial vehicles that run on multiple fuel configuration aimed at reducing the use of polluting fossil fuels and cutting down harmful emissions.

New guidelines for use of flexible fuel vehicles (FFVs) using flex engines is expected to be issued by the third quarter of current year (FY22) that would specify engine configuration and other changes required in vehicles to conform to stipulated changes in fuel mix.

The government is also working on an incentive scheme to promote manufacture and use of flex engines in vehicles. The details would be specified when policy in this regard is unveiled.

The use of flexible fuel vehicles (FFVs) is being actively looked at by the government to ensure increased use of bio-fuels for running vehicles, Petroleum Secretary Tarun Kapoor had told IANS earlier.

An FFV is a modified version of vehicles that could run both on gasoline and doped petrol with different levels of ethanol blends. These are currently being used successfully in Brazil, giving people the option to switch fuel (gasoline and ethanol) depending on price and convenience. In fact, a majority of vehicles sold in Brazil are FFVs.

For India, FFVs will present a different advantage as they will allow vehicles to use different blends of ethanol mixed petrol available in different parts of the country.

The current regulations allow for mixing up to 10 per cent ethanol in petrol. However, due to short supplies and transportation challenges, 10 per cent blended petrol is available only in 15 states while bio-fuel in other states varies between 0 to 5 per cent.

FFVs will allow vehicles to use all the blends and also run on unblended fuel.

Introduction of FFVs will require adoption of vehicle standards, technologies and retrofitting configurations that will have to be looked at by the Ministry of Heavy Industries.

The country is moving quickly in the direction of E-20 or 20 per cent ethanol blended petrol fuel that could be introduced as early as 2023 with a nationwide roll out by 2025. The urgency for policy of vehicle is keeping these goals in mind.

For auto companies, introduction of FFVs will pose another challenge that they are already facing with the fast adoption of electric vehicles. If standards on FFVs are made mandatory, it would require additional investment in production lines and technology transfers to change the character of the vehicles.

Already the use of 10 per cent ethanol blended petrol and introduction of BS VI fuel have added to the cost of making a vehicle. Taking blending to 20 per cent require few minor changes in vehicle configuration, but adoption of FFVs will future proof the design to adopt to any more changes in blending options and configuration.