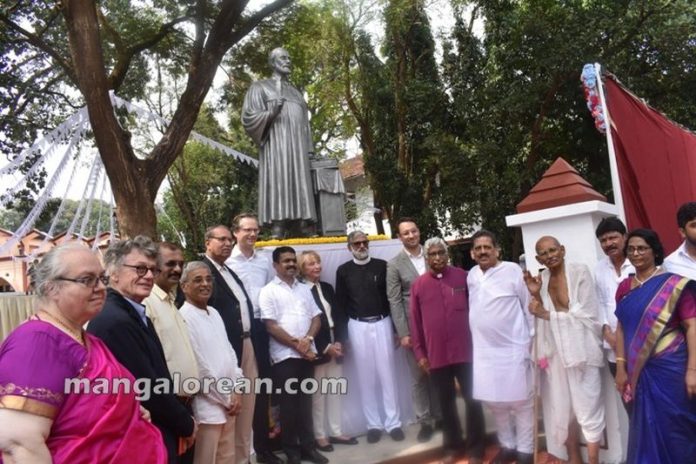 Great Granddaughter from Germany Ms Almuth Barbara Eleonore Meyer (Kittel) Unveils the Statue of Her Great Grandfather Missionary Rev Ferdinand Kittel, (who is most famous for his studies of the Kannada language and for producing a Kannada-English dictionary of about 70,000 words in 1894) at Karnataka Theological College, Balmatta, Mangaluru

Mangaluru: Even though it showered a little early in the morning, eventually the weather turned out to be pretty nice and sunny later, as it was a memorable morning for Eves Patrick Meyer and Almuth Barbara Eleanore Meyer, relatives of Rev Ferdinand Kittel, who is most famous for his studies of the Kannada language and for producing a Kannada-English Dictionary of about 70,000 words in 1894. On the occasion of its 175th anniversary, the Karnataka Theological College, Balmatta, Mangaluru unveiled a statue of missionary Rev Ferdinand Kittel, and the unveiling was done by the great-granddaughter of Kittel — Almuth Barbara Eleonore Meyer (Kittel), on 12 November 2022 at 11 am in the Karnataka Theological College campus. 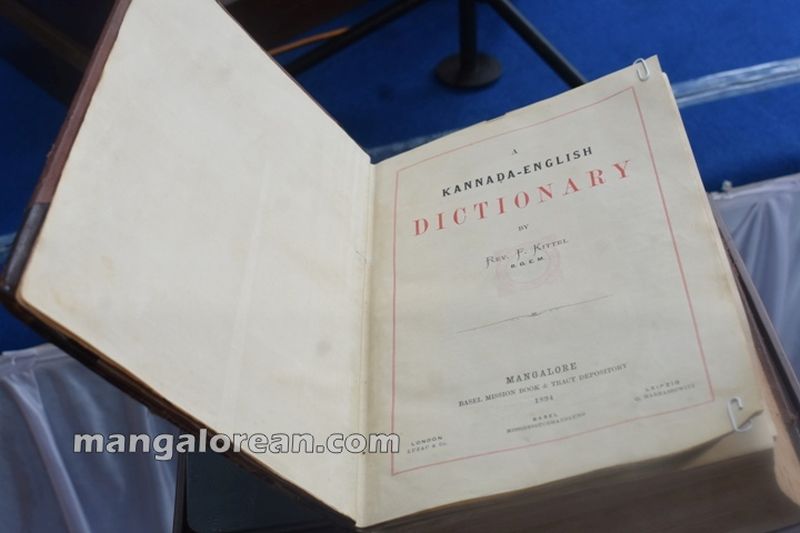 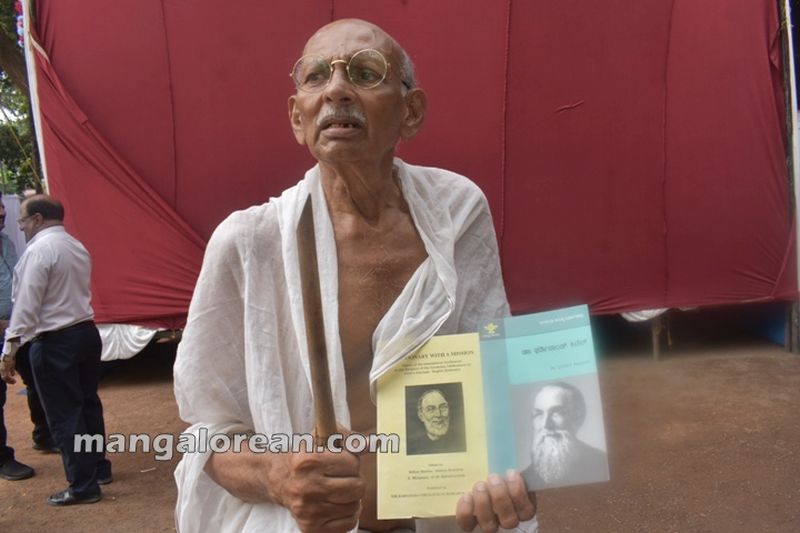 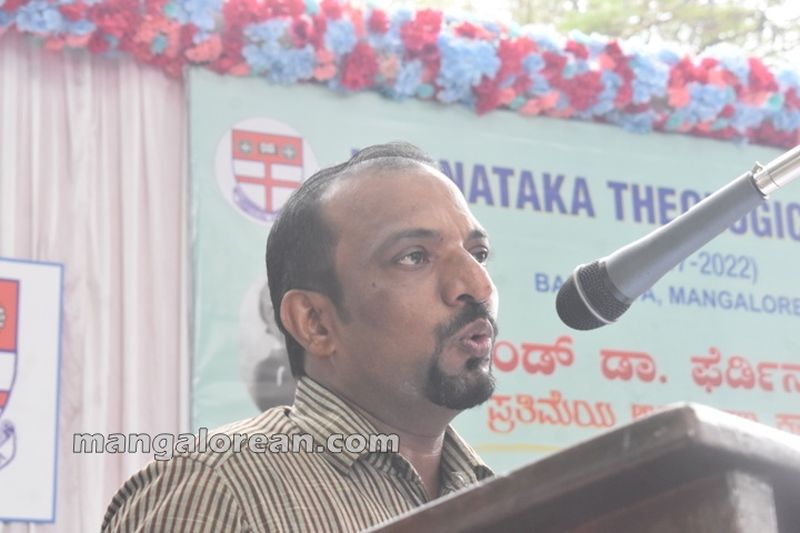 Nearly 112 years after a Kannada lexicon was published by Reverend Ferdinand Kittel, this tome of Kannada etymology, in keeping step with the times, had entered the realm of cyberspace – Rev. Kittel’s dictionary was uploaded on Central Institute of Indian Languages (CIIL) website, in 2018. Even today Kittel’s research dictionary stands as the best in terms of Kannada grammar. 150 years after Kittel left India, his great-grandchildren have now come from Germany to Kannada Nadi in search of the source of Kittel’s Kannada revolution. Rev Kittel landed in Mangaluru in 1853. Besides Almuth, Yves Patrick Meyer, the great great grandson of Kittel, was also in Mangaluru today for the function. Almut Meyer and her son Yves Patrick Meyer and relative John Frederick had also visited Dharwad. Kittel’s memorial at Vidyakashi Dharwad, Kittel College in Dharwad, his granddaughter visited the houses where he lived, on Thursday, before coming to Mangaluru. 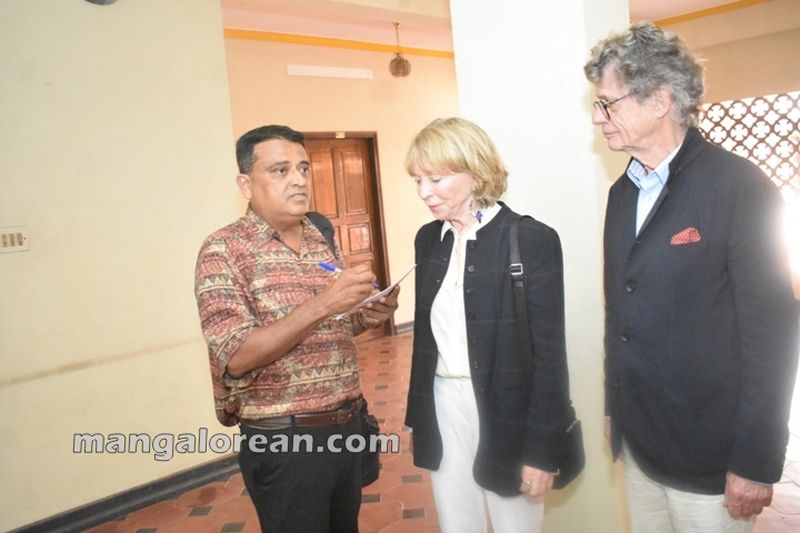 The statue has come up right next to Sahodaya Hall and a house where Kittel stayed during his tenure in Mangaluru. The statue is dedicated in honour of his works, which are not only religious but also contribute significantly to regional education.

Speaking to Team Mangalorean, Almuth Barbara Eleonore Meyer (Kittel) said, “Our family has preserved the Kannada books, spectacles and other materials used by Rev Kittel and will donate them to Kittel College in Dharwad. This is a great occasion in unveiling the statue of our great-grandfather. We are emotionally connected to this place. This city is dynamic, and Mangaloreans are friendly and courteous and provide good hospitality.”

Kittel’s great-great grandson Yves Patrick Meyer said, “Kittel left everything and came to India at the age of 21. He has contributed a lot to the Kannada language. Due to his work, he conquered the minds and hearts of the people of Karnataka. His entire dictionary of 70,000 words was written with a feather and ink. I am overwhelmed that KTC has put up a statue in memory of my great grandfather and should be appreciated by everyone, the work Rev Kittel did for the Kannada language, even though being born German”. 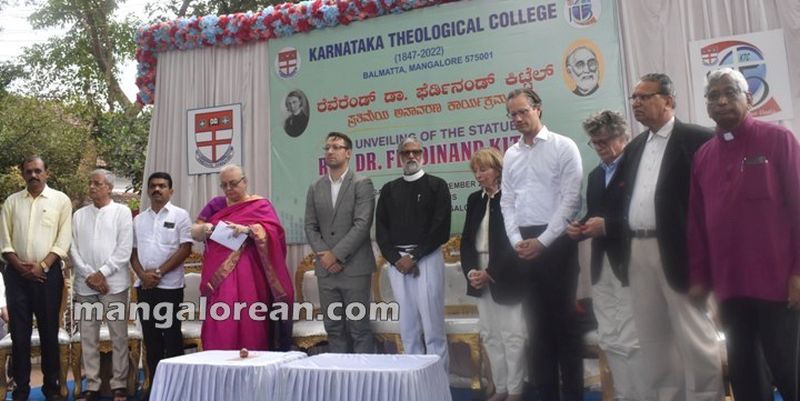 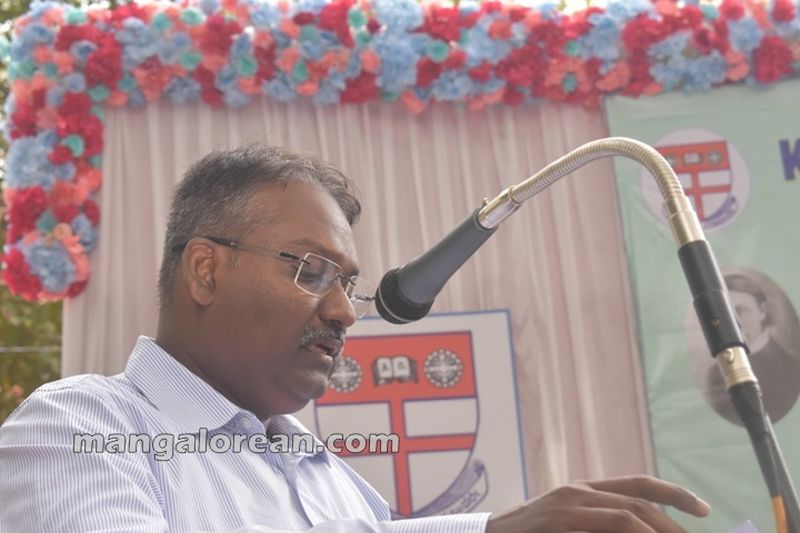 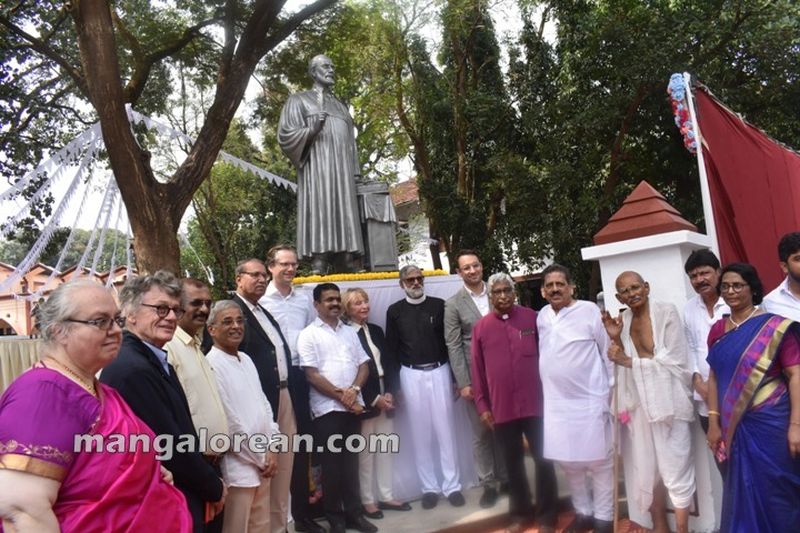 Eves Patrick Meyer said, “On Thursday, delighted to visit Dharwad and listen to the contributions of my great-grandfather for the cause of Kannada. Rev. Ferdinand Kittel came from north Germany to Karnataka in the 19th century and settled down in Dharwad. I now realize that having come from a cold region, he chose Dharwad due to its salubrious climate and green environs. Kittel loved the people of Karnataka and the Kannada language so much that he was inspired to bring out a 70,000-word English-Kannada lexicon besides writing books on Kannada grammar. I’m delighted to know that scholar Srinivas Havanur has done a lot of work on Kittel’s contributions to Kannada. I was very happy now and will send other members of the family to India, where Kittel had played a vital role”.

Deputy consul general federal Republic of Germany Friedrich Birgelen said, “This is my maiden visit to Mangaluru, and it is awesome with great scenery and friendly people. I never knew about Kittel, until I was walking on the streets of Bengaluru. Rev Kittel’s statue was decorated and garlanded during the Kannada Rajyotsava. His contribution to Kannada is a great legacy, and being a missionary, Kittel has contributed a lot to Kannada. He became a bridge between the two countries-Germany and India. His desire to learn the local language, customs and music is laudable.” 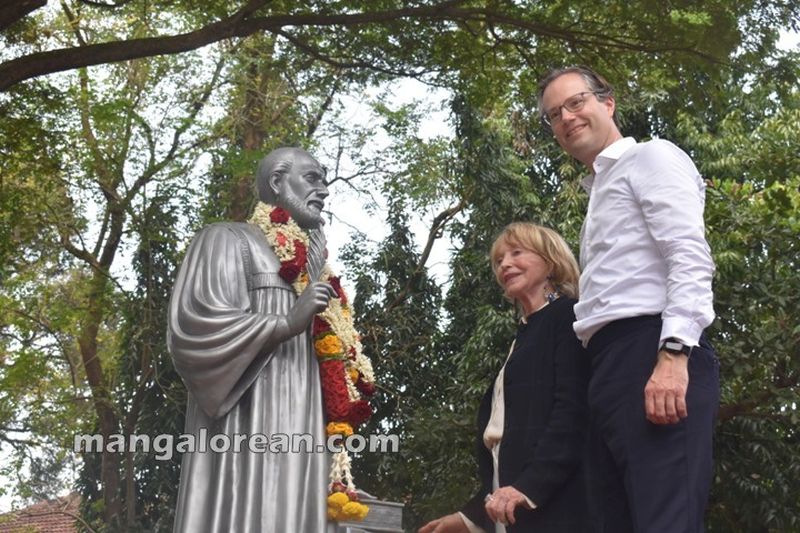 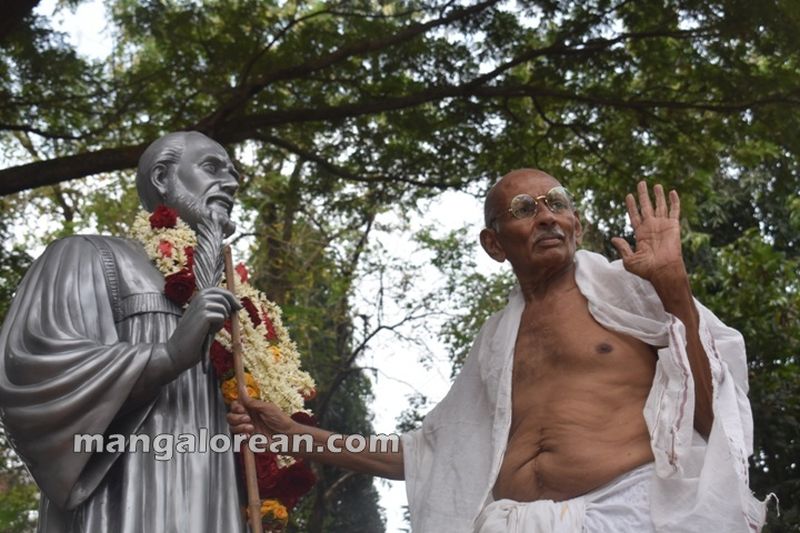 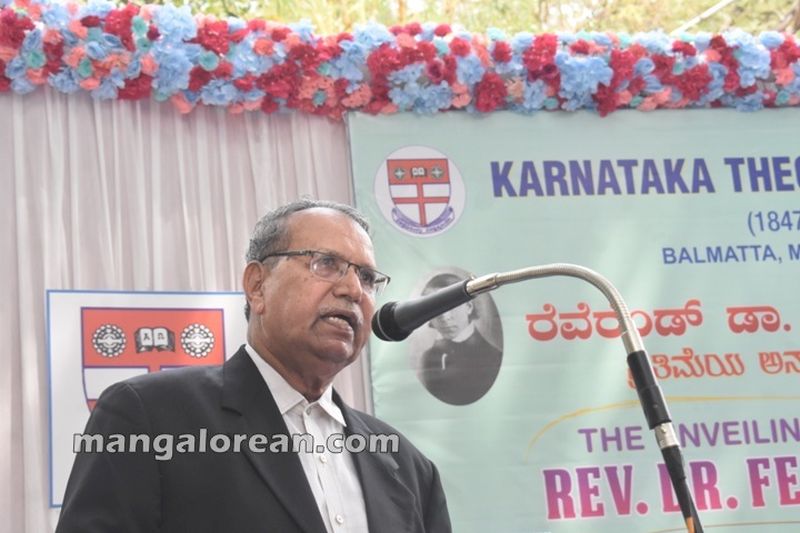 In his presidential address, principal KTC and secretary KACES Dr HM Watson said, “It is an important day in the history of Mangaluru and the state. We are grateful that descendants of Kittel have arrived to attend the programme from Germany. We are proud of this programme. Let Kittel’s works reach the people in Karnataka and also in India.” B A Viveka Rai, former vice chancellor of Kannada University, Hampi spoke for 30 minutes on the topic—Reflection on the life, work, and contributions of Rev Dr Ferdinand Kittel. Rai also said that a road should be named after Dr Ferdinand Kittel, and also the government should publish his works in a single volume, because, after Herman Mogling, Kittel was the second person to obtain a doctorate in Kannada.

The vote of thanks was proposed by Rev. Chennakesavalu Baila, and the programme was eloquently compered by Dr Christopher V. George.

Reverend Ferdinand Kittel was a Lutheran priest and Indologist with the Basel Mission in south India and worked in Mangalore, Madikeri and Dharwad in Karnataka. He is most famous for his studies of the Kannada language and for producing a Kannada-English dictionary of about 70,000 words in 1894. He also composed numerous Kannada poems. 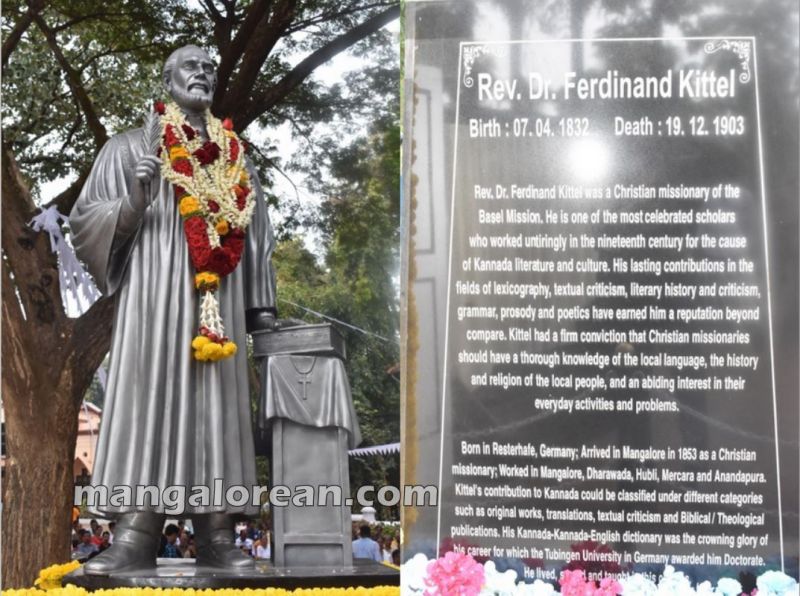 He was born on 7 April 1832. Resterhafe, East Frisia Freeland, off the northeastern coast of Germany. The father of Gottfried Christian Kittel was Gaz Freit, a priest. Mother Tudov Helen Hubert. Kittel is the eldest of his 5 children. His education was praised by the headmaster as “Never Less Than Good.” Joined the Basel Mission as the desire of his father. He had learned Hebrew, Greek, Latin, French and English. He arrived in India in 1853. As a missionary, he endeavoured to follow Paul’s first Epistle to the Corinthians and “become an Indian unto the Indians”.[3]

Having a strong desire to learn Kannada, he undertook exhaustive studies learning the Kannada language, customs and local music. This earned a rebuke from the Basel Mission, where he was already an outsider on account of his North German origin and academic education (the other missionaries were chiefly from southwest Germany and the lower/middle classes, though Gottfried Weigle had studied at Tübingen). This marginalised him by pushing him to a remote station in the Nilgiris and later confining him to the mission’s press in Mangalore. He returned to Germany but visited India again in his fifties to complete his dictionary, which by then had become for him an end in itself, and not merely an instrument secondary to missionary work.

Kittel worked in Mangaluru, Madikeri and Dharwad in Karnataka, inspired by and attracted to Kannada Literature. He is most famous for his studies of the Kannada language and for producing a Kannada-English dictionary of about 70,000 words in 1894 (Many Kannada-language dictionaries had existed at least since poet Ranna’s ‘Ranna Khanda’ in the tenth century.) Kittel also composed numerous Kannada poems. In 1862, Kittel published his Kannada poem `Kathamale’ which presented the life of Jesus Christ in the form of an Indian musical metre style. Kittel also wrote a book on Kannada grammar called A Grammar of the Kannada Language: Comprising the Three Dialects of the language.[6] He translated Nagavarma’s work on Kannada prosody.

Kittel is today almost forgotten in Germany but is still widely recognised in Karnataka. Many educational institutions have been named after him.[citation needed] A statue at the end of Mahatma Gandhi road in the city of Bangalore commemorates him. Austin Town in Bangalore was renamed “Kittel Nagar”.

The Karnataka Theological College (KTC), Mangaluru, is one of the oldest theological institutions in India, established in 1847. Today, it is the nucleus constituent of the Karnataka Christian Educational Society (KACES) which was founded in 1969 as a registered society under the Karnataka Societies Registration Act. KTC was established by Dr Hermann Mögling of Basel Mission. In 1833 a German Prince Count Otto Viktor von Schönberg-Waldenburg offered an amount of 10,000 Taler if the Basel Mission was prepared to establish a Preachers’ Seminary in India. His condition was to start the endeavour within 12 months. On October 31, 1834, three missionaries from Basel arrived in Mangaluru to find a mission station and establish a training centre for local co-workers. 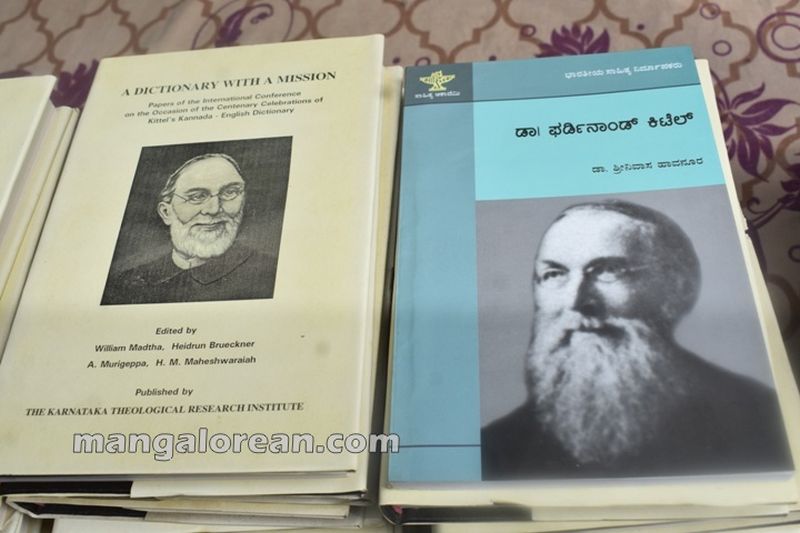 The missionaries started their work by opening a Kannada School in 1836. Right from the very beginning, their work was geared toward the goal of establishing a Theological Seminary at Mangaluru. However, before fulfilling this mandate, they had a long way to go. They could not start this work straight away, as there were no native Christians in this place. Hence, they had to begin their evangelism and establish Christian communities. It was only in 1847, thirteen years after their arrival, that they could establish a training institute for Indian pastors. This so-called ‘Catechist School’ was located on the hill known as Balmatta in Mangaluru.