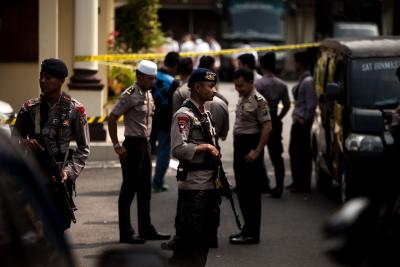 Jakarta: At least two suspected terrorists were killed during a shootout on Sunday between Indonesian security forces and suspected members of the IS-affiliated terrorist group East Indonesia Mujahidin (MIT) in the country’s eastern province of Central Sulawesi.

The killed suspects were identified as Rukli and Ahmad Gazali, according to the Central Sulawesi Police’s spokesperson Didik Supranoto.

He added that the task force continued to search for three suspected militants that managed to escape into the forest during the gunfight.

The Indonesian joint-security forces are hunting down the remaining members of the terrorist group led by Ali Kalora in Central Sulawesi following multiple terrorist attacks.