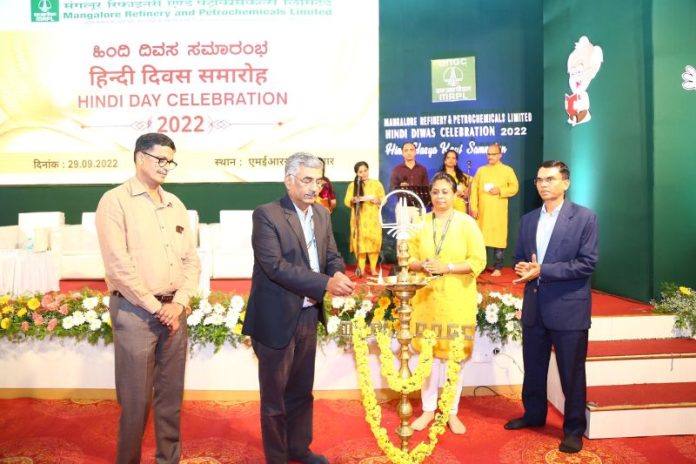 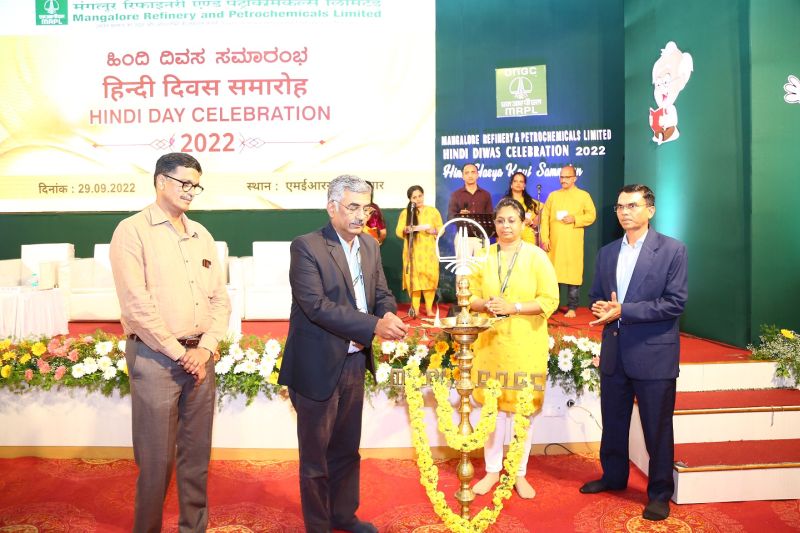 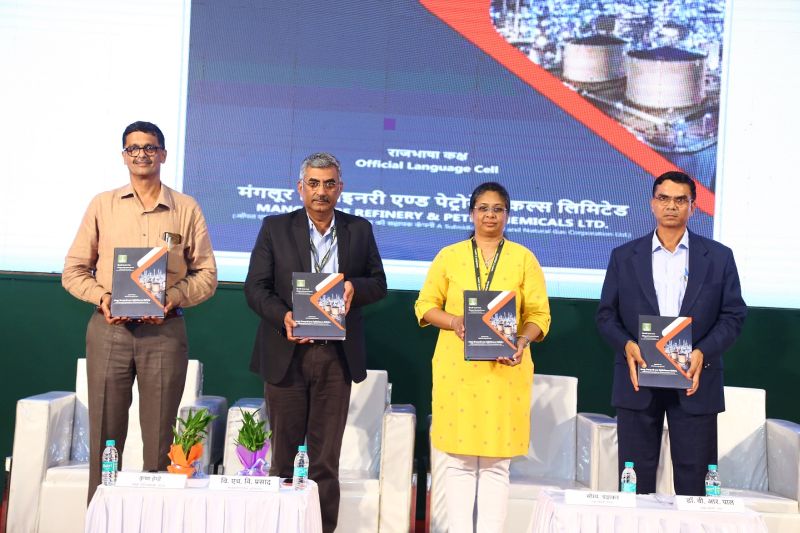 Shri Krishna Hegde, GGM – HR welcomed the dignitaries, Poets, TOLIC guests from other organisations and Employees &amp; their family members and appealed to them to savour the glee of ‘Hasya Kavi Sammelan’.

Shri BHV Prasad, Executive Director – Projects who chaired the event spoke on the occasion and said that language plays a role in the country’s development and Hindi being Rajbhasha of our country plays its role as an official language in Administration and also bridges the gap between North &amp; South in communication. He appealed to all employees to make efforts to converse in Hindi and use as much Hindi as possible in our official communication. 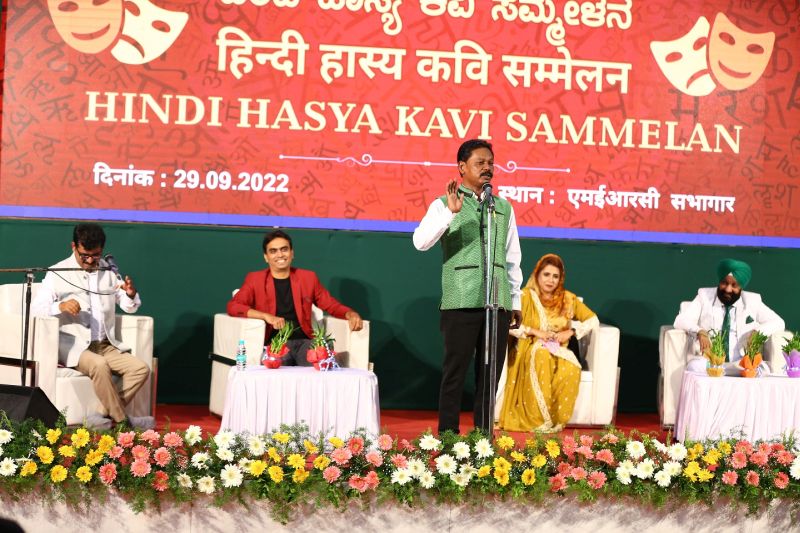 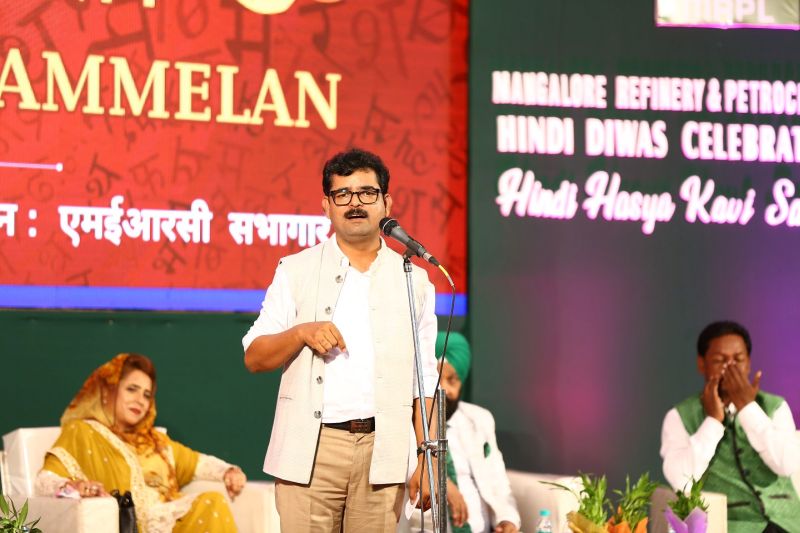 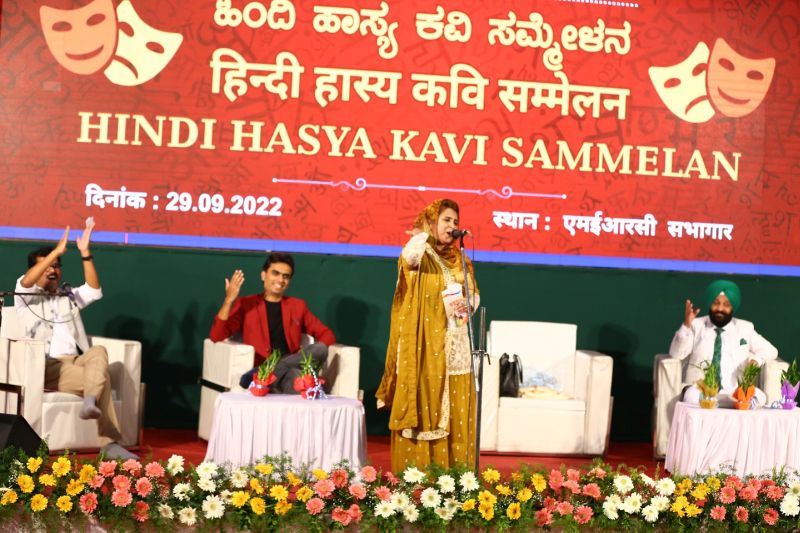 Smt. Saumya Chandraker, GM – HR proposed the Vote of Thanks. A book containing 186 Bilingual forms concerning various departments was released during the programme. The prizes were distributed to the winners in different competitions. A documentary on the ‘Journey of Hindi implementation in MRPL’ was presented. Dr B R Pal, Chief Manager – OL presented the overview of the programmes held during the fortnight. 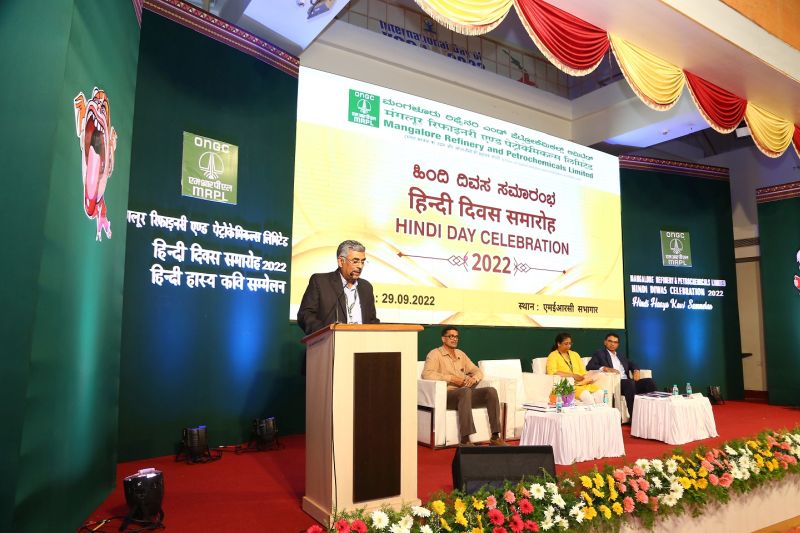 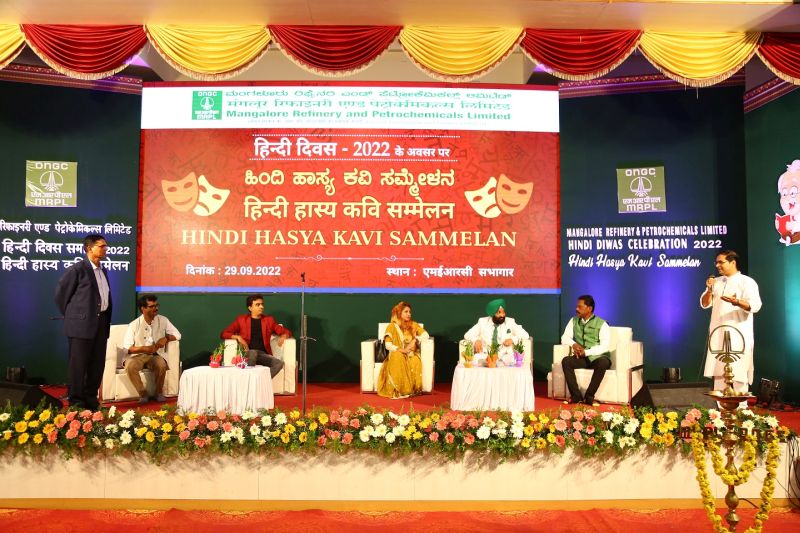 The stage was taken over by well-known poets namely Dinesh Bawra, Manoj Madrasi, Shabina Adeeb, Pratap Fauzdar &amp; Rohit Sharma. The artists mesmerised the audience with their poetic skills and instant humour. The visiting Team was also stunned by the response they received from the dynamic audience of MRPL.