Bengaluru: Bengaluru woke up to a rainy day on Thursday with several areas getting flooded and life thrown out of gear. 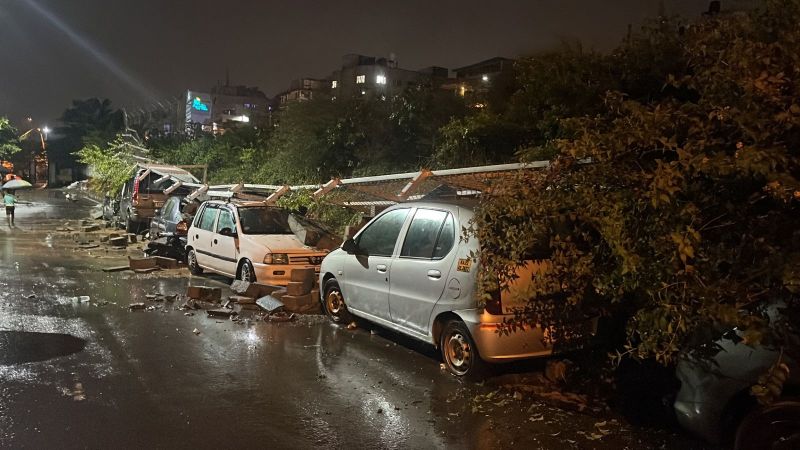 Heavy rain has been pounding the city since Wednesday night, resulting in the inundation of the roads, and residential areas, and has also caused wall collapse.

The authorities are crossing their fingers as the India Meteorological Department has issued a yellow alert for three days in the state capital. Heavy rain continued to pound the city till the early hours.

The wall built near the BMRCL construction site near the JD(S) party office collapsed resulting in public outrage. Seven cars and two bikes were damaged in the incident. Two persons who were in the car that was parked beside the wall had a narrow escape.

The rainwater had sunk bikes and cars parked in front of the houses. The residents at many locations have had severe inconvenience as water entered their houses.

Many vehicles were left stranded on the roads due to waterlogging. The owners of two-wheelers had a harrowing time as their vehicles started flowing with the rainwater as the water level rose on the roads in Shivajinagar Old Market region.