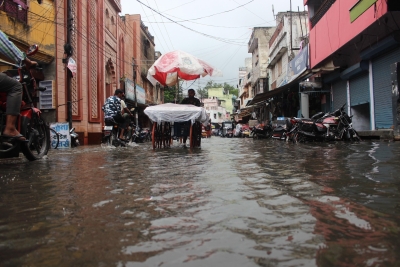 Lucknow: With heavy rains lashing parts of Uttar Pradesh, all schools from classes 1 to 12 in Lucknow, Noida, Ghaziabad, Agra and some other districts have been closed on Monday.

District authorities in Lucknow, Noida, Ghaziabad, Agra, Meerut, Aligarh, Mathura, Kanpur, Etah, Mainpuri, and Firozabad have ordered the closure of schools due to heavy rain through orders issued around midnight.

“Due to excessive rain in the district and keeping in view the possibility of excessive rain, schools will remain closed on Monday. This includes government, private and semi-government aided, and unaided recognized schools of all the boards operating from class 1 to 12 of the district,” the order said.

Meanwhile, the traffic police have also warned commuters to take care while driving, especially under flyovers, as many roads have been flooded.

A government advisory asked people to remain indoors and those living in dilapidated and endangered houses to remain cautious. People have also been asked to boil drinking water before consuming it.

All government medical facilities have also been put on high alert.

Meanwhile, heavy water logging has been reported from several areas in and rain-affected districts. The government has issued helpline numbers and power employees have been put on alert.