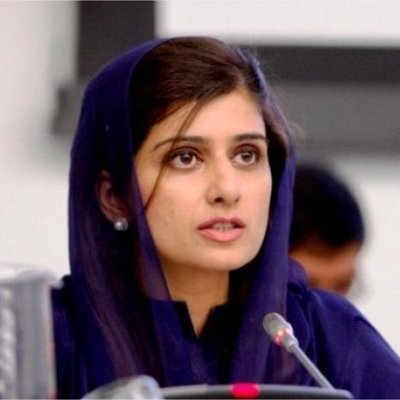 The delegation led by Hina Rabbani held a meeting with Jean-Louis Bourlanges, President of the Foreign Affairs Commission at the French National Assembly, ARY News reported.

Pakistan-France bilateral relations, including parliamentary cooperation, situation of floods in Pakistan, as well as regional and global issues of mutual interest, were discussed during the meeting.

The minister also extended an invitation to French President Emmanuel Macron to visit Pakistan to further strengthen parliamentary contacts and cooperation between the two countries.

Earlier, Hina Rabbani held a roundtable with a group of French intellectuals, members of think-tanks and scholars. She shared Pakistan’s perspective on important national, regional and global matters while discussing in-depth the issues raised by the participants.

According to sources within the Finance Ministry, a FATF plenary meeting is taking place in Paris next week. It is the first FATF plenary to be held under the two-year Singapore Presidency of T. Raja Kumar.

Pakistan is likely to exit the FATF’s infamous grey list after a period of four years as it has successfully complied with the 34-point action plan related to terror financing and money laundering, ARY News reported.