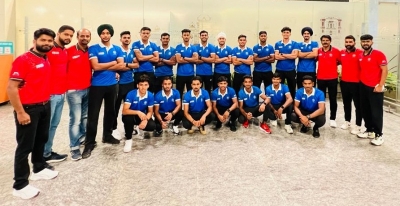 After reaching Kuala Lumpur on Thursday, the team will travel to Johor Bahru, where the prestigious tournament will be held. The Indian team, which ended its campaign with a silver medal in the 2019 edition after a closely-fought match against Great Britain, will open its campaign in the tournament against the hosts Malaysia on October 22, 2022.

The Indian Colts will also face off against Australia, Japan, South Africa, and defending Champions Great Britain in this year’s edition which is set to take place after three years.

Speaking on the upcoming campaign, young forward Uttam Singh, who will be leading the troops in the tournament, said, “The prestigious tournament is returning after three years due to the pandemic. Our team is excited to compete against some of the strong teams that will be participating in the contest. It will be a good chance for us to test our squad and to grow as a unit.”

The Indian skipper further insisted that India will look to improve upon their silver-medal winner campaign from the last time around.

“We have held several discussions at the training camp and we are confident that we have enough talent in our squad which can win the title. But we will not take any team lightly and play as per the situation in the match. We will have to attack well when in possession but also be ready to defend in an instant,” Uttam Singh was quoted as saying in a release by Hockey India.

The Indian men’s junior team will face off against Malaysia in their first match of the Sultan of Johor Cup 2022 in Johor Bahru, Malaysia on October 22.