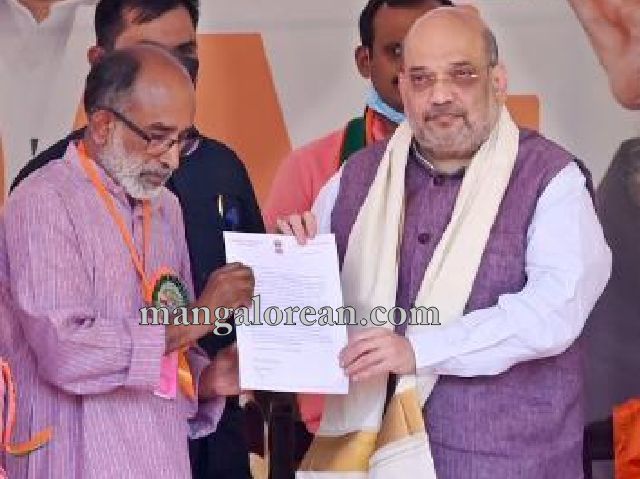 Home Minister Amit Shah categorically committed himself to taking action on the anti-social elements who attacked Reverend Sisters in Uttar Pradesh at a public function today in Kerala in response to Mr K J Alphons’s appeal.

Member of Parliament, Mr Alphons Kannanthanam, today presented the appeal to Home Minister Amit Shah at Ponkunnam requesting immediate action against the anti-social elements who attacked Reverent Sisters in Uttar Pradesh. Mr Amith Shah was in Ponkunnam for an election rally in support of Mr Alphons.

In the letter which Mr Alphons handed over to the Home Minister in a public program today at Ponkunnam in Kottayam District of Kerala, he said that “I am deeply pained to bring to your kind notice the incident of some Reverend Sisters from the Christian Community being ill-treated while travelling in a train from Delhi to Orissa, at Jhansi in Uttar Pradesh on the 19th of March. Four of them were de-boarded and taken to a Police Station. One of them incidentally is from Kerala.” 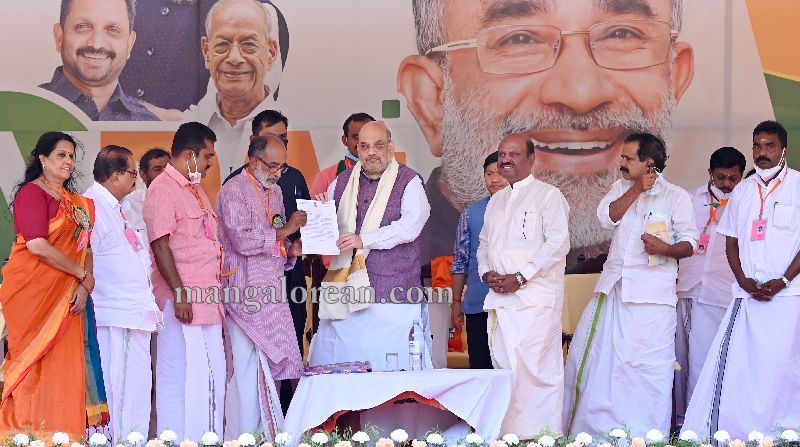 Mr Kannanthanam appreciated the government, which according to him, “Prime Minister Modi ji has stated categorically on various occasions that his administration is for everybody. In various meetings with the Christian community, he has assured equality for all, as enshrined in the Constitution.”

Mr Alphons reminded Mr Amit Shah, who was sharing the dais with him, that “You too have expressed your view on this matter that such criminal activities will not be tolerated in our country.”

In his speech, Home Minister Amit Shah publicly promised strict action on the anti-social elements who attacked the Reverend Sisters in Jhansi, UP. He assured that Uttar Pradesh is ruled by BJP, and strict action will be taken on the culprits. He promised that the people of Kerala need not worry about the safety of their people outside the State.