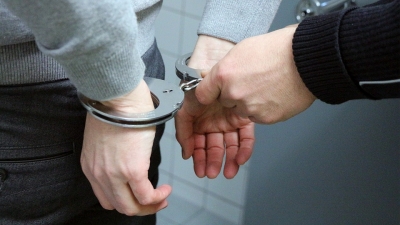 New Delhi:  The Delhi Police has arrested two men for raping a destitute mother and daughter duo on the roadside in northwest Delhi after a video of the crime went viral.

The accused in their twenties raped the homeless pair in the JJ colony of Wazirpur. The police also arrested a man for making the video of the crime from the balcony of his house and posting it on social media.

According to police, the incident took place on the intervening night of December 29 and 30. On January 3, the social media was abuzz with the crime. Immediately the police team swung into action. There were no PCR calls needed as the probe teams got cracking.

The police teams examined CCTV footages, collected intelligence from around the area, carried out local enquiry and hunted through bus stops, Metro Stations, shelter homes to track the victims. Both of the victims were finally traced after efforts of the police teams.

“Statements of victims, mother aged around 35 years who is a rag picker and daughter aged around 18 years were recorded,” said Vijayanta Arya, DCP North West Delhi.

Then the searches were launched for tracing the accused who were between the age of 20-30 years. The victims identified the accused from among those picked up as suspects.

The person who made the video was identified as Ritik, 18, a resident of K Block JJ Colony Wazirpur.