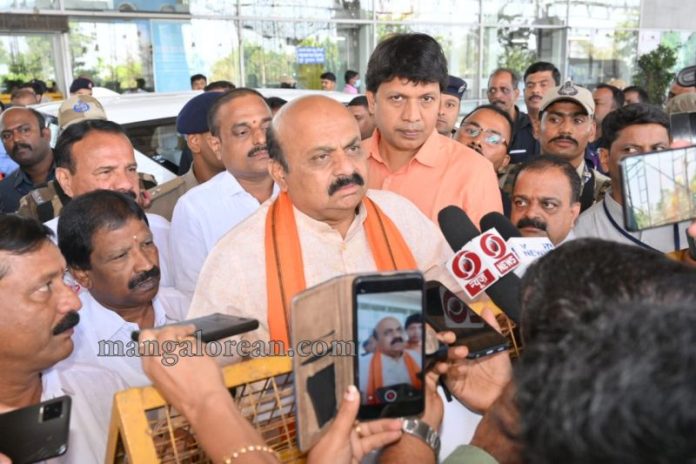 Mangaluru: The State is expecting around Rs 2 lakh crore investment in renewable energy, Hydrogen energy and production of Ammonia from seawater in the just concluded Global Investors meeting, and a huge investment is expected in coastal districts, said Chief Minister Basavaraj Bommai. 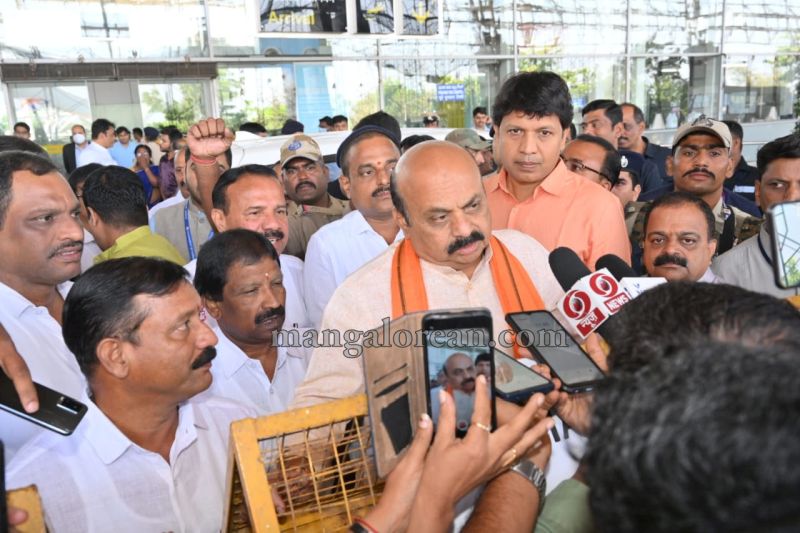 Talking to reporters at Bajpe International Airport here on Saturday, he said preparations are done to provide basic infrastructure for the production of energy and the State High-level Committee has given approval for three renewable energy companies and they are expected to start work by March-April next year. The role of coastal areas in the field of renewable energy production is very important. Two important projects, Hydrogen and Ammonia production are coming up at the international level in Gulf and Mangaluru. An important Ammonia Manufacturing unit from the seawater will come up in and around Mangaluru. The energy required for the renewable energy unit will be taken from renewable sources of energy like solar, and windmill. It will be a total green project. A huge number of jobs will be created directly and indirectly from these projects thereby opening the doors of opportunity for the youths of this region.

Repairs of Mangaluru-Bengaluru Highway on priority

Bommai said incessant rain has delayed repair works on Mangaluru-Bengaluru Highway and he will be in Delhi to meet Union Surface Transport Minister Nitin Gadkari. Before this, a meeting regarding all the national highways will be convened. On priority, the repair works of the Mangaluru-Bengaluru highway such as the tunnel route and white topping will be taken up. The highway will be made usable by taking up short-term works and the construction of a tunnel route will be taken up as part of long-term works.

He said the revision of the electoral list is held every year and also during election time, and this is a continuous process of the Election Commission of India. The Bengaluru Cops have intensified a probe relating to the revision of the voter’s list and arrested some persons. The next course of action will be taken up swiftly.