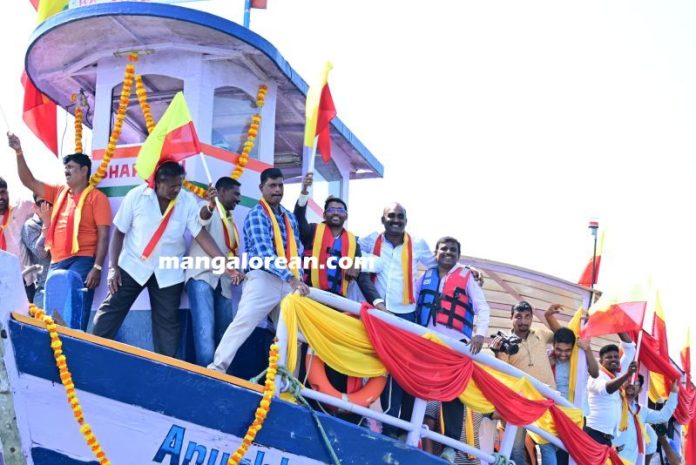 Udupi: The Koti Kanta Gaayana, a programme organised by the Kannada and Culture Department to facilitate mass singing of six classic Kannada songs including the state anthem on October 28, has evoked a good response in Udupi District. 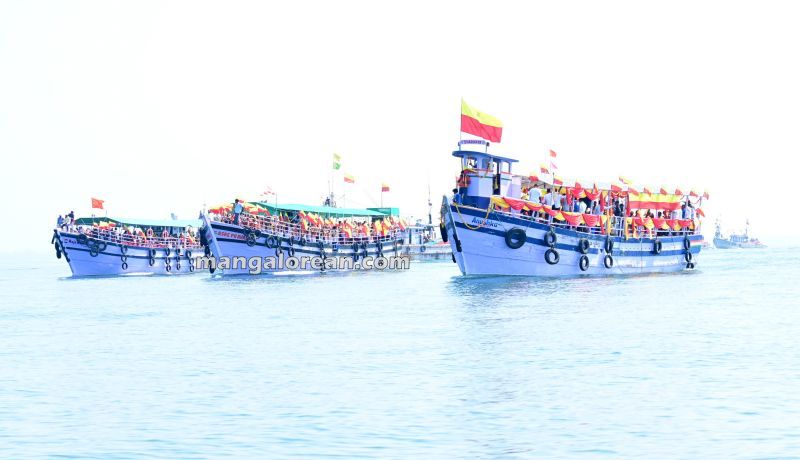 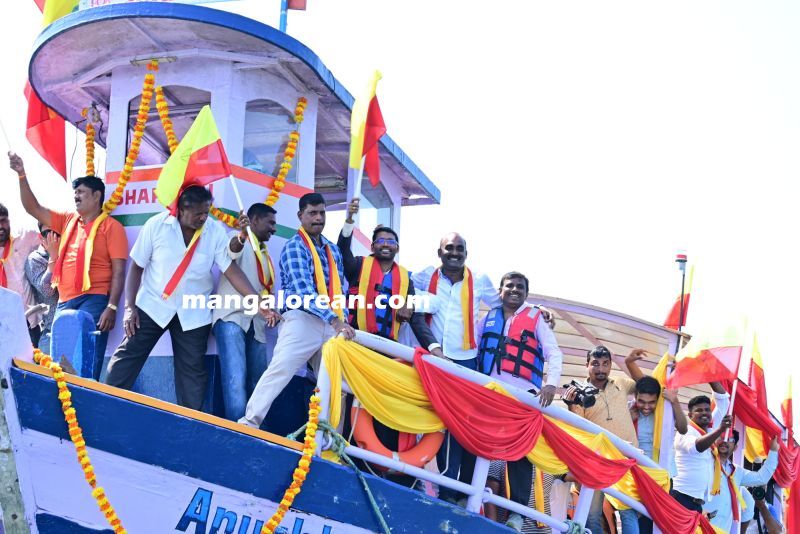 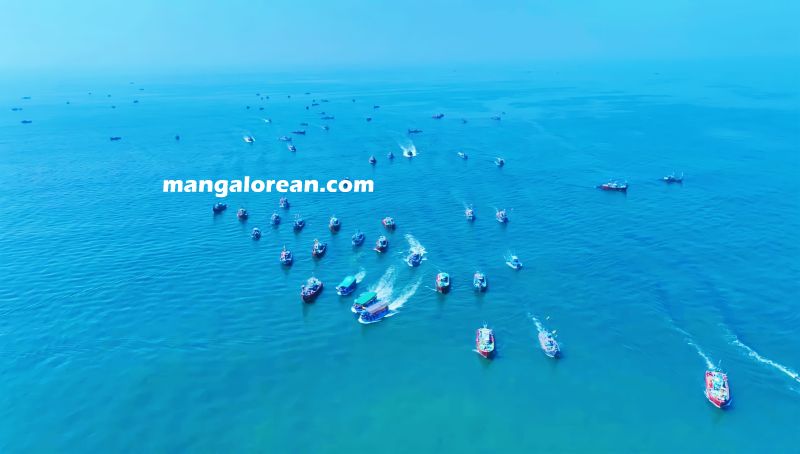 The District administration along with the Kannada and Culture Department, DK and Udupi district Fish Federation organized the event in the middle of the Arabian sea at Malpe in a unique way. 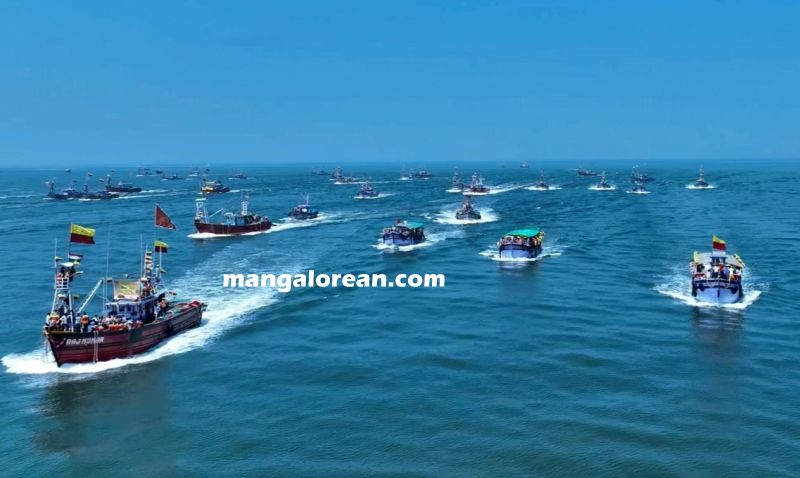 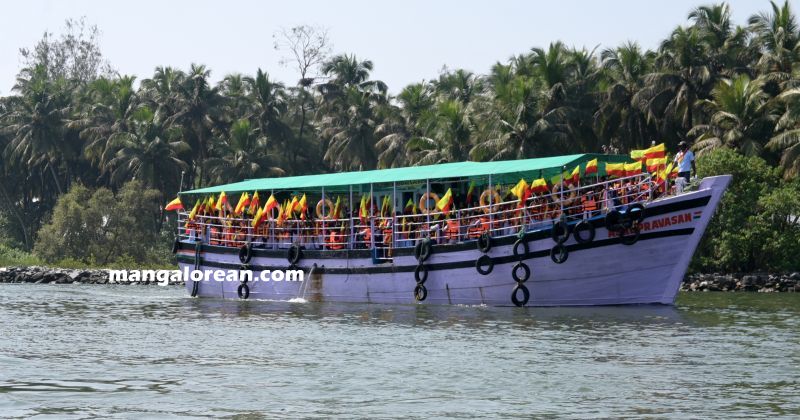 More than 150 Fishing Boats were taken out in the middle of the sea along with the main singer’s boat. 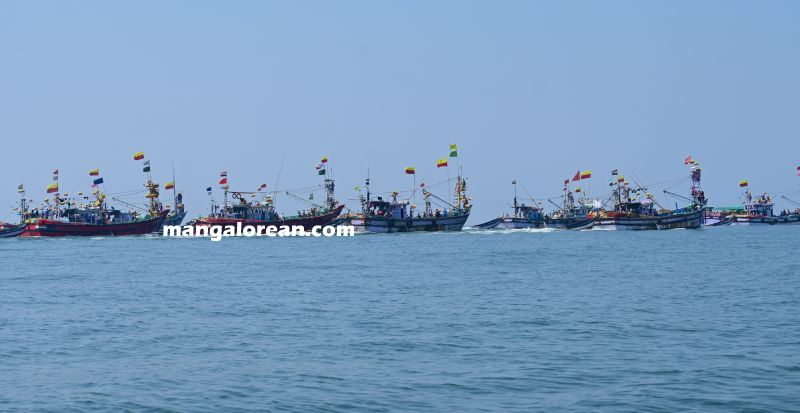 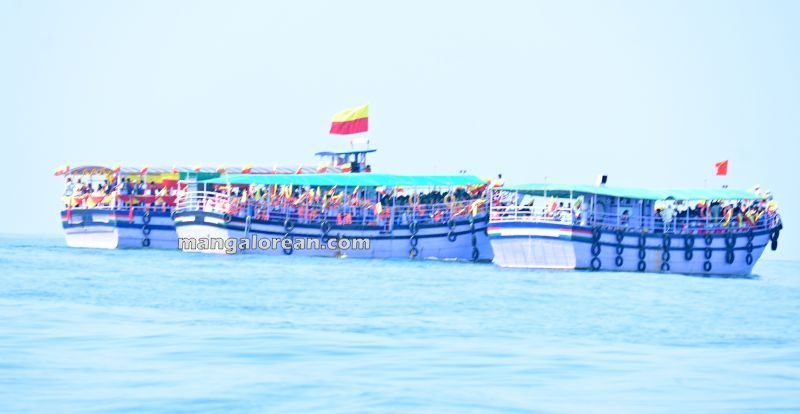 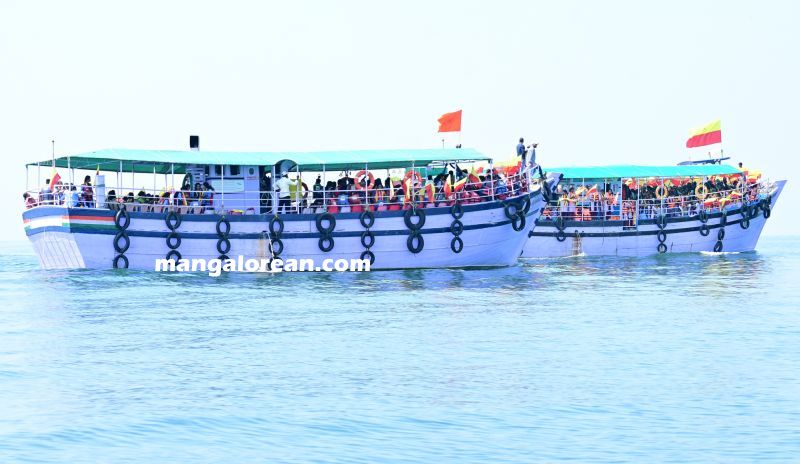 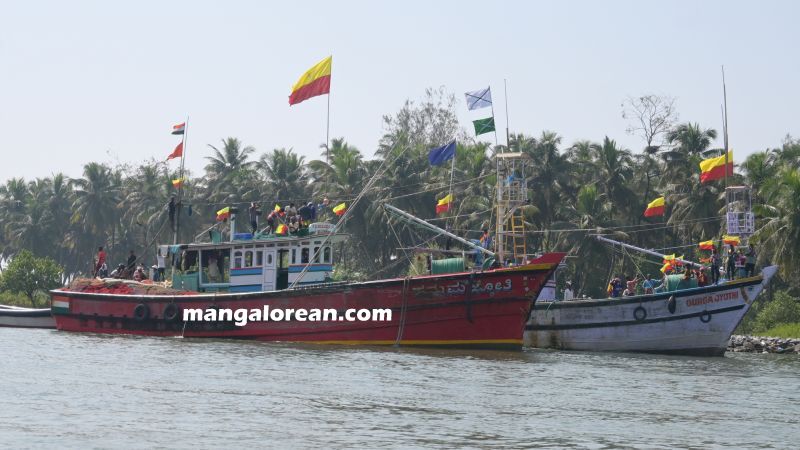 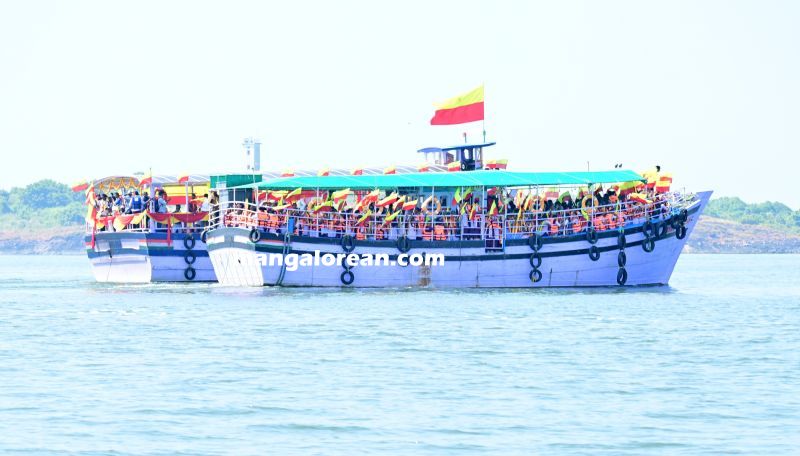