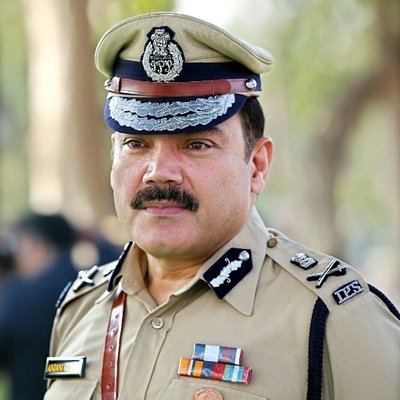 Hyderabad:  The Hyderabad police on Thursday imposed restrictions on New Year celebrations and announced a special drive against drunken driving.

Hyderabad, Cyberabad and Rachakonda police commissionerates have announced closure of all flyovers and certain roads in the interest of public safety.

The government has granted permission to the Telangana Prohibition and Excise department to allow sale of liquor at retail outlets till midnight.

It has also given permission for liquor to be served in bars, New Year events and in-house parties till 1 a.m.

The department made it clear that this will be subject to observance of Standard Operating Procedures (SOP) for Covid-19.

All the three police commissionerates have announced a slew of measures to check drunken driving and New Year revelry on the roads.

“So what are your plans tonight? Will meet you at special drive on drunken driving,” the Hyderabad police tweeted.

Traffic movement has been restricted on NTR Marg, Necklace Road and Tank Bund Road around Hussain Sagar lake. All flyovers in the city, except Begumpet flyover, will be closed on the intervening night of December 31 and January 1.

Traffic will be diverted at various points to prevent gathering of revellers around the lake in the heart of the city.

Buses, lorries, and heavy vehicles will not be allowed inside the city limits till 2 a.m.

Hyderabad Police Commissioner Anjani Kumar said that extensive checks will be undertaken to curb drunken driving, rash and negligent driving, over speeding, and triple riding on two-wheelers and other traffic violations.

“We all know that we are fighting Covid-19 and during these pandemic times it is important that we first think about our safety. Let’s not celebrate New Year by organising social gathering, mass gathering, musical programmes and musical events. This time let us spend the New Year with our family and near and dear ones. Stay Home-Stay Safe.”

Every year, the Commissioner used to celebrate New Year Eve with police personnel by cutting a cake at the Cyber Towers junction. However, the celebration will not take place this tear due to the pandemic.

Voicing his concern over the growing number of accidents due to drunken driving, the Commissioner announced that an intensive drive will be conducted to check the menace.

Outer Ring Road (ORR) will be closed for light motor vehicles and passenger vehicles from 11 p.m. to 5 a.m. in view of the safety of road users. However, medium and heavy goods vehicles will be allowed.

Bonafide passengers travelling to the Airport on light motor vehicles will be allowed on ORR subject to production of tickets.

Police have warned that stringent action will be taken against those found driving under the influence of alcohol.

The police also warned that their driving licenses will be seized and sent to concerned road transport officers for suspension as per section 19 of the Motor Vehicles Act, 1988.