Home Agency News I want Sushil Kumar to be hanged for killing my son: Deceased... 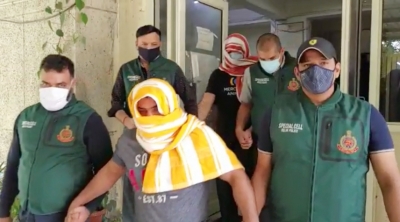 I want Sushil Kumar to be hanged for killing my son: Deceased wrestler’s mother

New Delhi: A Delhi court on Wednesday framed charges against Olympian Sushil Kumar and 19 others in connection with the murder of 23-year-old junior wrestler Sagar Dhankar that took place in Delhi’s Chhatarshal stadium.

Savita Dhankar, the mother of the deceased wrestler, told IANS that a death sentence should be delivered to Sushil and other accused.

“I have lost my son, I only want death sentence for Sushil and all involved in the matter. I have cried a lot, my son was killed for no reason. Today the court has given us a ray of hope of justice,” she said while crying.

Natender, the uncle of the deceased wrestler, said that charges have been framed under Section 302 and he was hopeful that the accused, specially Sushil, will be hanged.

The court has framed charges for the offences of murder, attempt to murder, rioting and involvement in illegal activities.

The court has also framed charges against two accused, who are absconding.

Sagar was kidnapped and murdered on May 4, 2021, by Sushil Kumar and his aides.

Sushil had been absconding after the incident and was later arrested by the Delhi Police Special Cell.

The case was initially being investigated by the local police and later it was transferred to the Delhi Police Crime Branch.

Sushil is presently lodged at jail number 2 in Tihar jail.