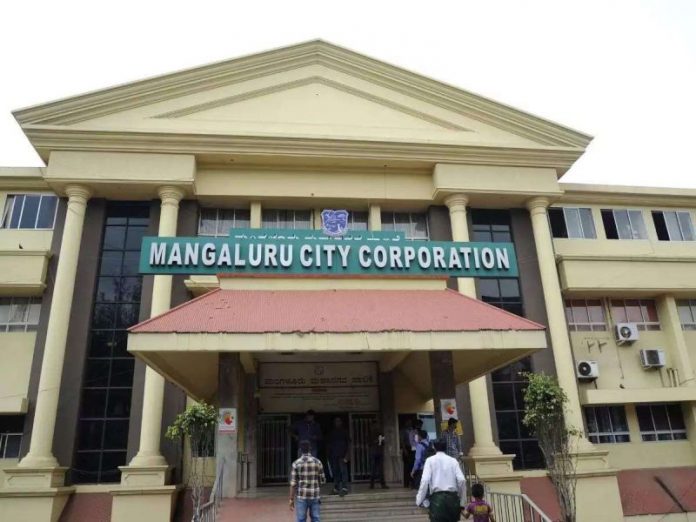 Mangaluru: Before going further into this report, let me first give a compilation of everything you might want to know, as to What exactly is the ward committee Ward committees are the citizen committees at the hyper-local level meant to decide the functioning of the ward. They have been mandated by Nagarapalika Act, or the 74th constitutional amendment, to ensure citizens’ participation in decision-making. Each ward committee must include three women, two SC/ST members, two resident welfare associations and three other members chosen by the Corporator—all of them should be the voters in the ward. It should be chaired by the Corporator, while an official nominated by the Corporator must be the secretary of the ward committee. This must be placed in the Mangaluru City Corporation Council meeting and must be approved.

When it was thought that a Ward Committee was a MUST in Mangaluru, two citizens of Mangaluru sat together and were determined to form a Ward Committee in Mangaluru. These two citizens are Nigel Albuquerque and Ajoy D’silva, both Social Activists and Co-founders of the MCC Civic group, which was formed with like-minded citizens FIVE years ago in order to address the several multiple civic problems citizens face across Mangaluru, had fought the battle in the High Court to form Area Sabhas and Ward Committees in Mangaluru- and they succeeded in winning the Case.“It is a great victory for Accountability, Responsibility and Transparency – ART of Governance, a paradigm shift in the governance of Mangaluru.” said Ajoy D’silva after the Court order to form Ward Committee in Mangaluru City. 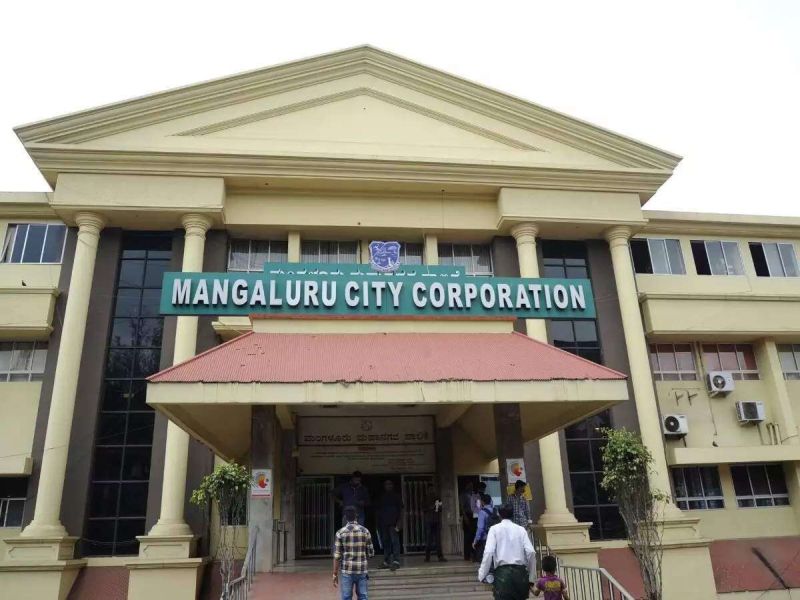 It should be also noted that an agenda to form ward committees was presented at the council meeting of the MCC on August 28, 2014, and a special meet was held in this regard on 29 October 2014. It was again recently passed unanimously at a council meeting on 13 August 2020. Prior to heading to the High Court, both Nigel and Ajoy found that resolving civic problems was akin to a bottomless pit and researched for a permanent solution narrowed down to institutionalizing citizens participation via Ward Committees and Area Sabhas in the true spirit of the 74th Constitutional Amendment of 1992, Supplemented by the Karnataka Municipal Corporations (Amendment) Act of 2011. Upon meeting a deadlock repeatedly approaching the respective authorities in Mangaluru City Corporation for regulatory compliance, MCC Civic Group to the judicial route, successfully moving the High court of Karnataka in Bengaluru Judgement orders for the ward committees and Area Sabhas in Mangaluru City Corporation-WP53244/2018 awaiting judicial compliance.

It was a BIG victory for the Founders of MCC Civic Group, Nigel Albuquerque and Ajoy D’Silva, who along with Smt Kathyayini Chamaraj – Executive Trustee, CIVIC Bangalore ®; and Narendra Kumar – President, Nagarika Shakti ® & State Joint Secretary, Forum to Build Bribe-Free Karnataka ®, both from Bengaluru, had filed a case in the High Court to form Ward Committee and Area Sabha in Mangaluru on 27 November 2018, and on 8 August 2019, Hon’ble Chief Justice Abhay Shreenivas Oka of the High Court passed the order for the formation of the Ward Committees & Area Sabhas.

Speaking to Team Mangalorean, the Founder member of MCC Civic Group Nigel Albuquerque said, “We have facilitated the establishment of the new system of local self-governance in MCC. Taking it forward and evolving into the true spirit of the 74th Constitutional Amendment is for the finalized 600 Ward Committee MEMBERS. The Ward Committees application process in Mangaluru received an overwhelming response, with over 1200 citizens submitting applications. We had organized a webinar in February, where the MCC Commissioner had explained the overall process during the 9th City Politics Event – ‘Citizens and Politicians join hands for Ward Committees in Mangaluru’, which explored how citizens and the elected representatives can partner for the betterment of the city. Former Mayor Diwakar Pandeshwar also spoke on how Ward Committees in Mangaluru will help in collaborative governance.

Two years after the High Court of Karnataka gave a direction for the formation of ward committees in the city, the Mangaluru City Corporation is finalising the list of members for each committee and is likely to form them by this month-end. “Ward committees should be in place within a month,” Mayor Premananda Shetty told the media even as Commissioner Akshy Sridhar reaffirmed it saying, “We are aiming to get it [ward committees] done this month.” Shetty said initially there was poor response from the public in submitting applications to become members of ward committees. 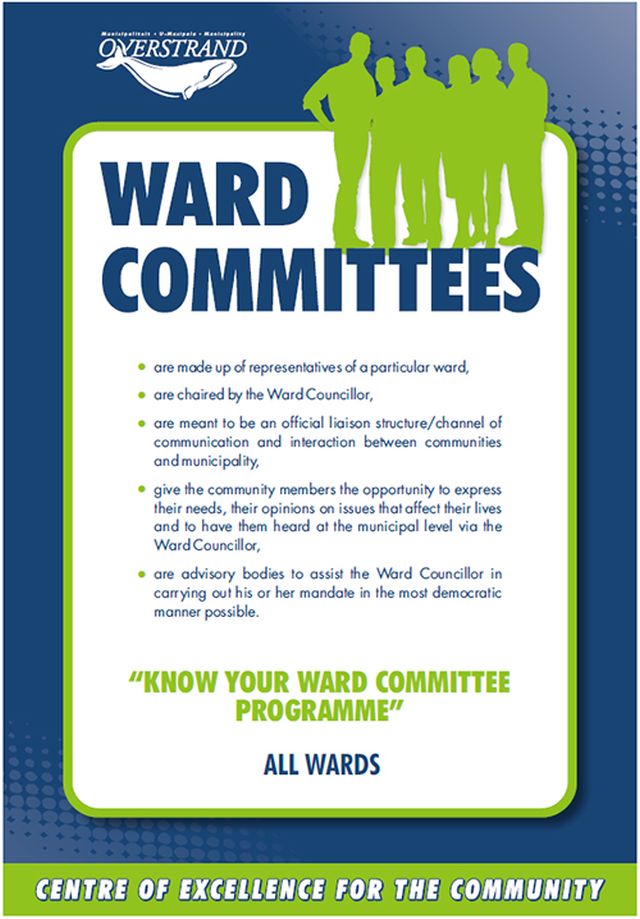 The HC on August 8, 2019, directed the formation of ward committees in Mangaluru immediately after the elections to the MCC Council on a public interest writ petition filed by Karnataka Ward Samithi Vedike, MCC Civic Group and others. Elections were held on November 12, 2019, and results were declared on November 14 with the BJP winning 44 out of 60 seats, the Congress 14, and the SDPI two. However, there was an abnormal delay in the formation of the Council and electing the new Mayor and the first Mayor [Diwakar] of the new Council was elected on February 28, 2020. COVID-19 pandemic kept the issue in limbo since then and gained momentum after Premanand Shetty became the Mayor on 2 March 2021.

The Vedike and MCC Civic Group had made the formation of ward committees a poll issue for MCC elections and had urged all major parties to commit themselves to the formation. Both the Congress and the BJP had promised in their manifesto their commitment to form ward committees. The committees were mandated by the Karnataka Municipal Corporations Act and comprise citizen representatives basically to decide and monitor works in each ward. Area sabhas comprising representatives from three-four polling booths and neighbourhood groups having less than 100 members from each polling booth were also yet to be formed.

In conclusion, for various reasons, the city is known for its high-quality human resources, but somehow it has shown a certain degree of relent in taking forward civic issues. But things have changed after a group of young civic activists led by the WhatsApp group ‘MCC Civic Group’. The group administrator Nigel Albuquerque and many of the group members have been discussing why Mangaluru city corporation did not form the ward committees despite the directives from the government. The city’s civic leaders did not open their eyes even after the Bruhat Bengaluru Mahanagara Palike was rapped by the court for not holding the ward committee meetings regularly. The civic activists of the city have been knocking at every door including the people’s representatives, the Mayor, Commissioner of Mangaluru City Corporation and the successive Deputy Commissioners for a long time.

With all the efforts put in by the MCC Civic group, let’s hope that the Area Sabhas & Ward Committees will benefit for the betterment of this growing city, where now with some of the corrupt officials and councillors who are running the show in MCC are ruining the progress of the City systematically. Various committees have formed partnerships over the years, and the result has been a cohesive campaign that has community members working towards a singular goal. Good job by the MCC Civic group, and three cheers to Nigel Albuquerque, Ajoy D’Ssilva, Smt Kathyayini Chamaraj, and Narendra Kumar for their determination and fight in finally making Mangaluru Smart City/MCC have a ‘WARD COMMITTEES ’