Home Agency News If our MLA is found guilty, he will be ousted from party:... 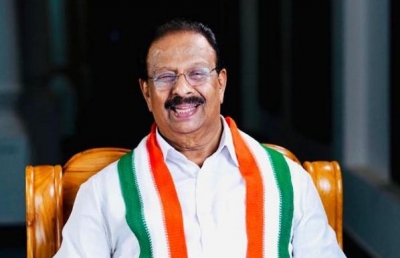 If our MLA is found guilty, he will be ousted from party: Kerala Cong chief

Thiruvananthapuram: Kerala Pradesh Congress Committee President K. Sudhakaran on Wednesday said that if allegations against his party MLA Eldhose Kunnappilly are proved, he will be immediately expelled from the party.

“At present the probe is underway and let the report come. We have asked for an explanation from him (Kunnappilly) in this regard,” said Sudhakaran to the media in Thiruvananthapuram.

Kunnappilly, a two-time Congress MLA from Ernakulam’s Perumbavoor Assembly constituency, is now in a fix after a female school teacher in the state capital levelled serious allegations against him, including assault and sexual harassment.

Last week the teacher approached the Thiruvanthapuram Police Commissioner and complained that she was assaulted by the Congress MLA from Eranakulam at the famous tourist destination at Kovalam near Thiruvananthapuram.

The teacher alleged that she was also assaulted while travelling in a car with Kunnappilly. The woman on Wednesday appeared before the media and said for the past few months they were allegedly in a close relationship.

“When the assault at Kovalam took place on September 14, locals present at the tourist site informed the local police. The Congress MLA and I left the tourist site and the former said that I am his wife. Later he himself took me to the hospital for the injuries I suffered due to his assault and there, too, he said that I am his wife,” said the woman.

THe woman then alleged that the legislator had offered her Rs 30 lakh to settle the case.

“After the incident, lot of people are getting in touch with me to settle the case. I was too dejected and I decided to end my life by jumping into the sea at Kanyakumari. I reached there and when I was about to jump in the water, the police came there and took me away and handed me over to the Kerala police. When I realised that the legislator was not a good person, I tried to distance myself away from him, but he continued to harass me,” said the woman.

Kunnappilly’s anticipatory bail plea will be heard in a local court in Thiruvananthapuram on Saturday.

Kunnappilly has been working actively in the state Assembly and in his own Assembly constituency but has preferred to remain silent on the allegations which are now coming thick and fast.

With grave allegations, which include non-bailable charges too, the young Congress legislator might land in serious trouble and may be arrested if his anticipatory bail plea is rejected.