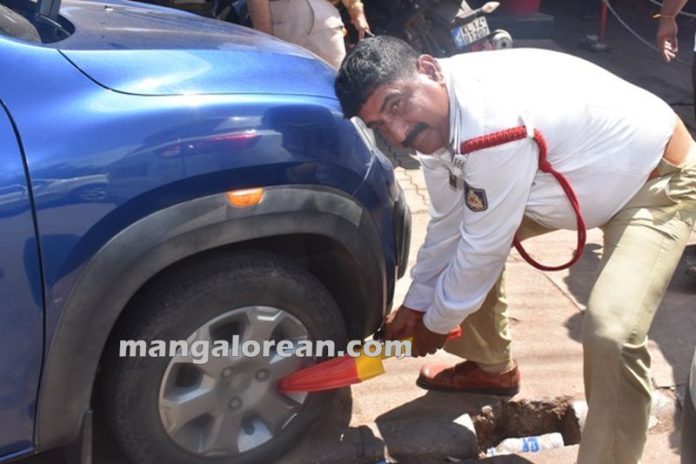 Mangaluru: Despite many warnings and fines being slapped on riders for parking their two-wheelers illegally at places meant for pedestrian walking or commuters waiting for the bus at bus stops etc- these shameless and ignorant riders still park their vehicles illegally- and pay the consequences of fines. One such incident has happened again in the Kadri area, near Shivabagh Restaurant and also on Balmatta Road, opposite Hotel Roopa, where rows of bikes got locked with wheel clamps by the police in a drive today, which were illegally parked at a place meant for commuters and for obstructing the normal movement of traffic.

The drive was led by SI Vijayaraj and ASI Jagadish KP along with traffic police constables on Thursday afternoon and evening 3 November. Speaking to Team Mangalorean, SI Vijayaraj said, “For the last few hours bikes, scooters and cars were locked with a wheel clamp or notices sent to the owners after taking photo shots of the vehicles for parking illegally. Since there had been plenty of complaints from commuters about such illegal parking, we had to take this action immediately. People unnecessarily violate parking rules and pay hefty fines which are now Rs 1000 for illegal, The police phone in session also saw many such complaints. Hence, we have initiated the action.”

IF YOU INTENTIONALLY DO THIS……. 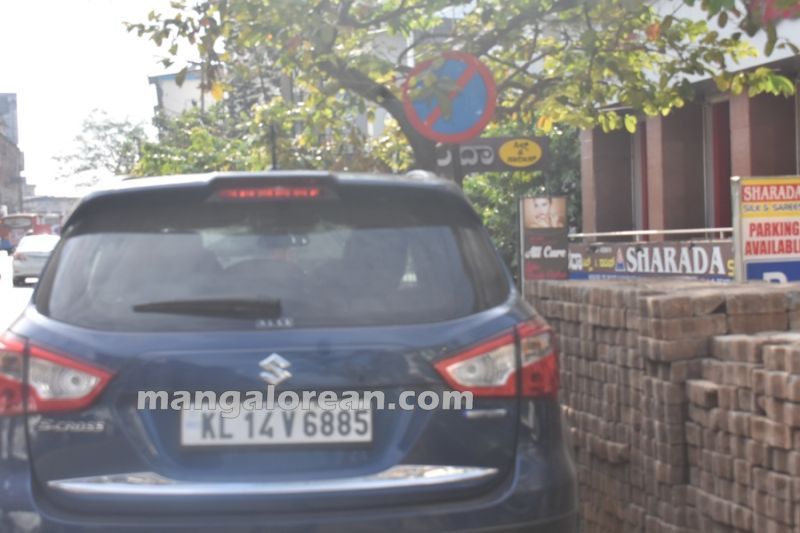 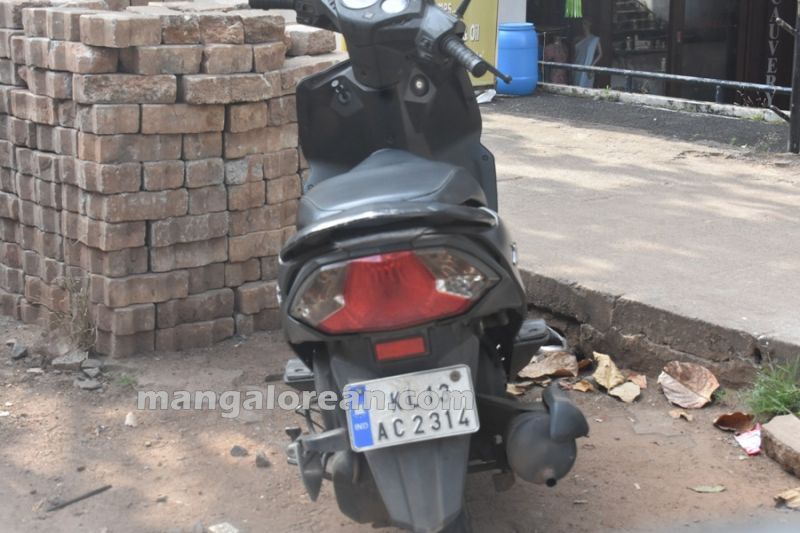 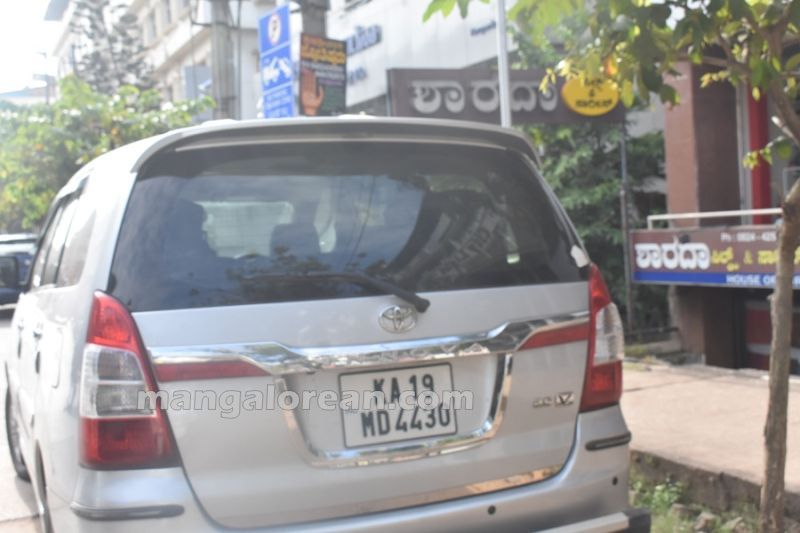 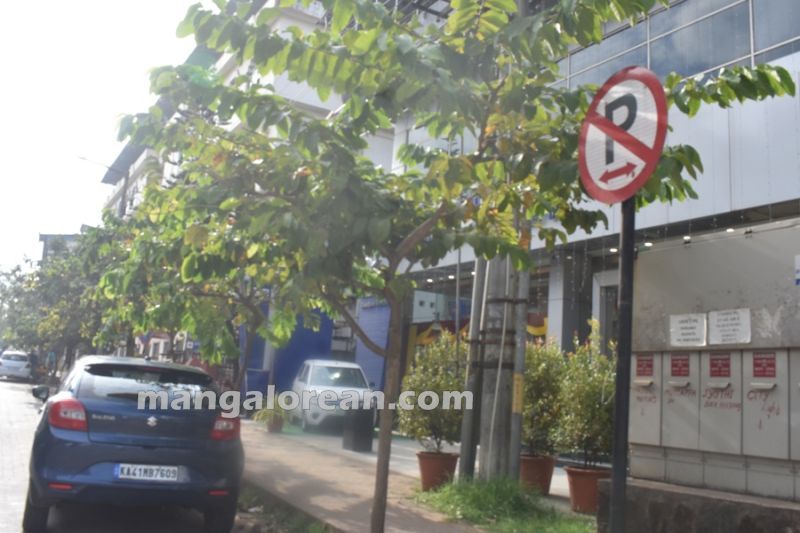 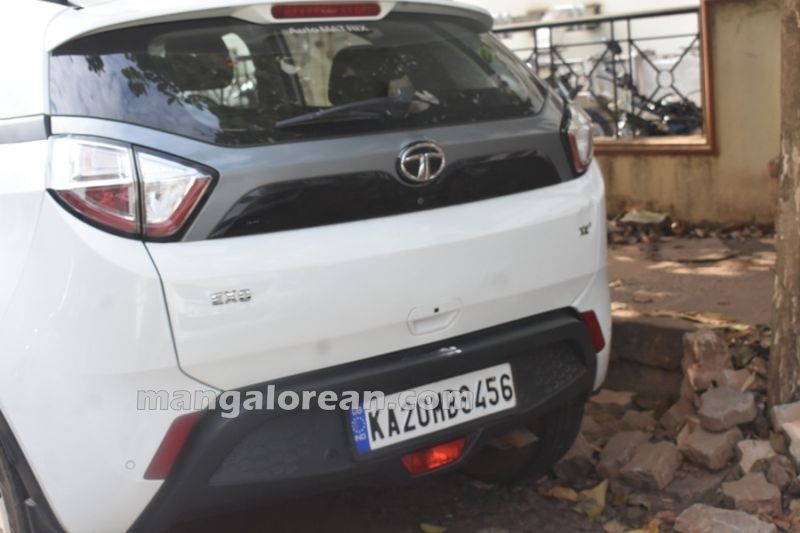 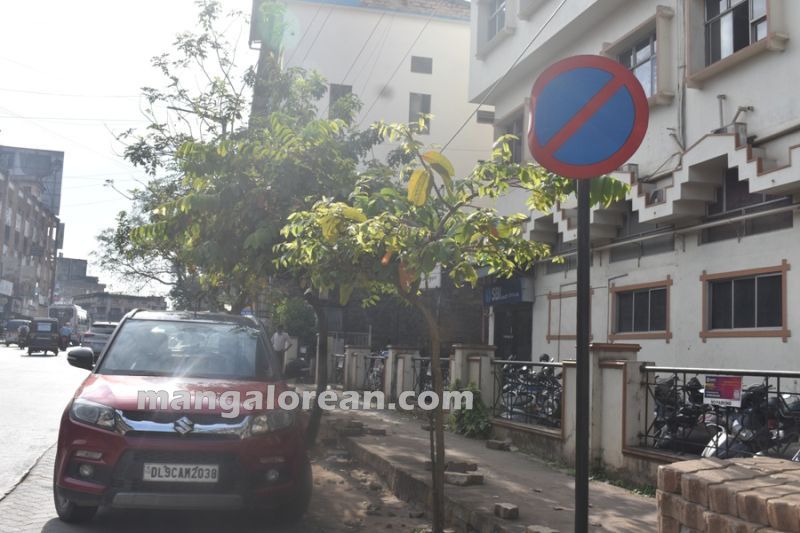 Avoiding towing of the illegally parked vehicles, the idea of using the locks was conceived to address some of the problems faced in the enforcement of the no-parking rule, The traffic police also received complaints about damage to vehicles while towing. The use of locks will address these problems. Haphazard parking of vehicles in the City has been a perennial problem. Widening of the road has not helped matters on most of the City roads. Motorists are left with little space to drive as vehicles are parked on both sides of the widened road. Despite the High Court of Karnataka directing the State government to ensure that the local authorities and the police department take action against those who park motor vehicles on footpaths as the law prohibits parking on footpaths and prescribes penal actions for such violations, motorists are still ignorant in abusing the law.

….YOU WILL BE NAILED BY THIS 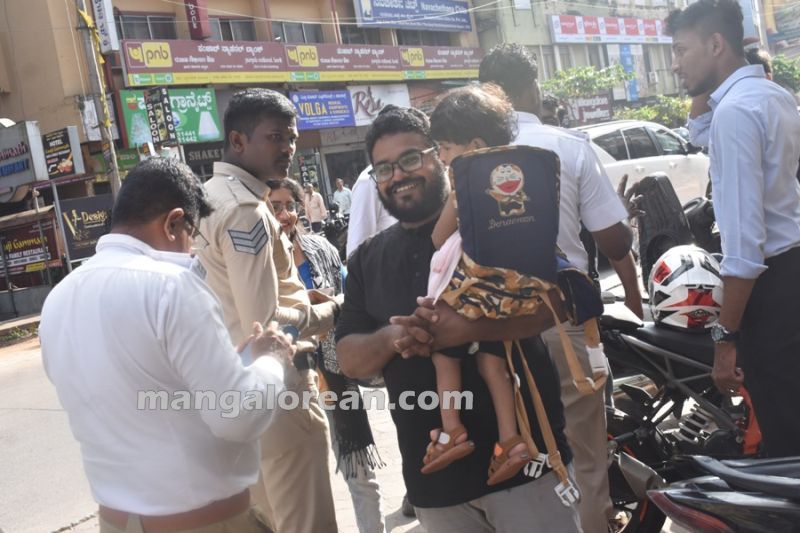 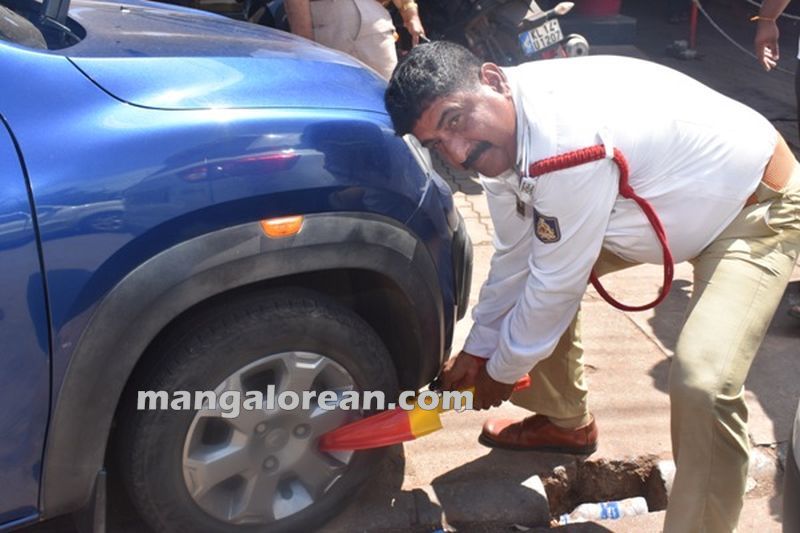 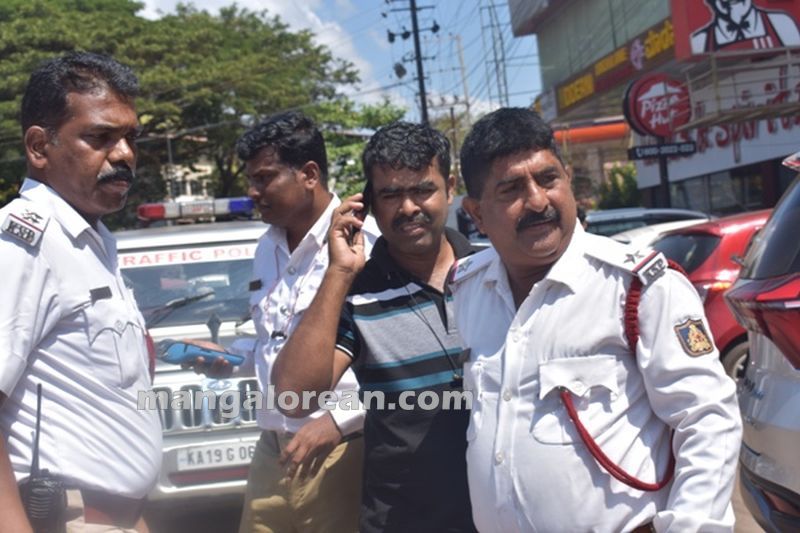 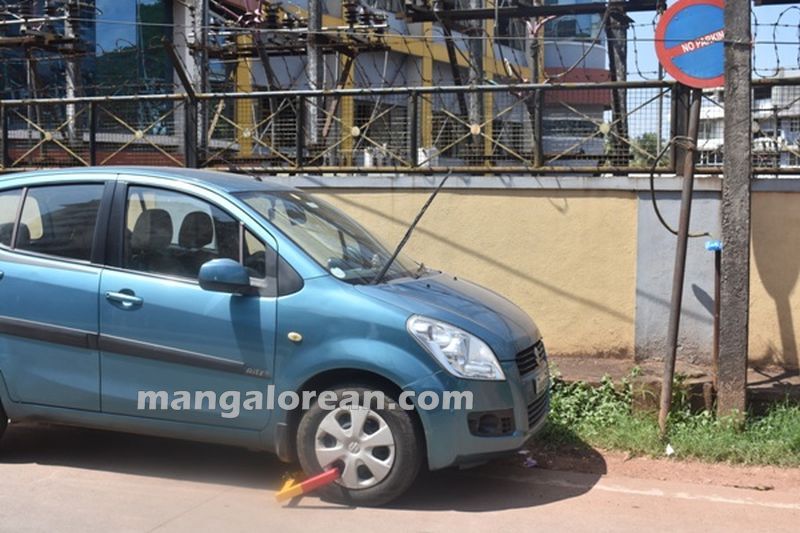 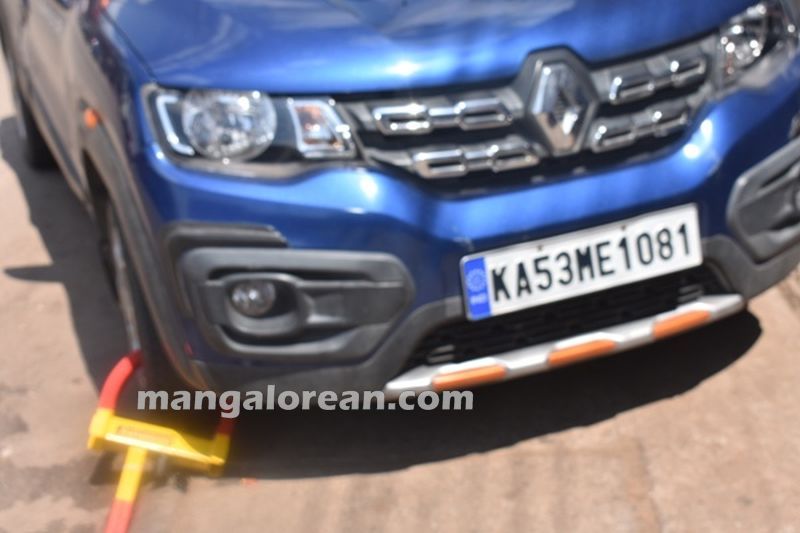 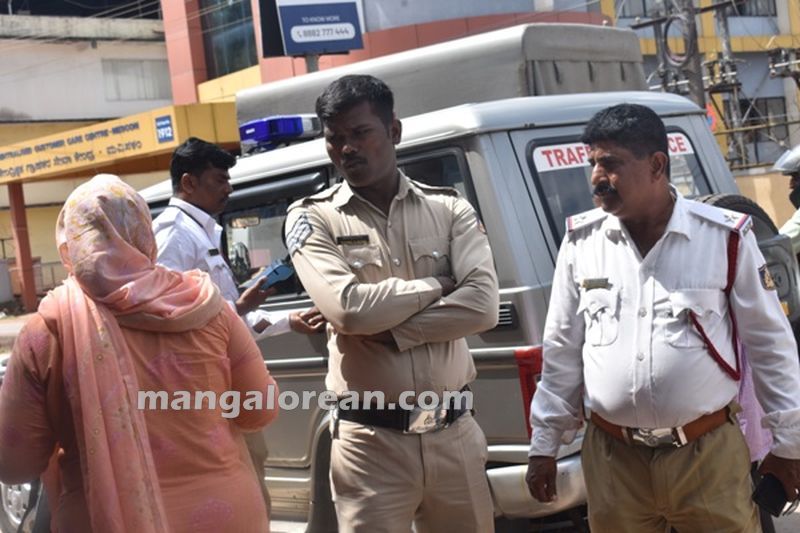 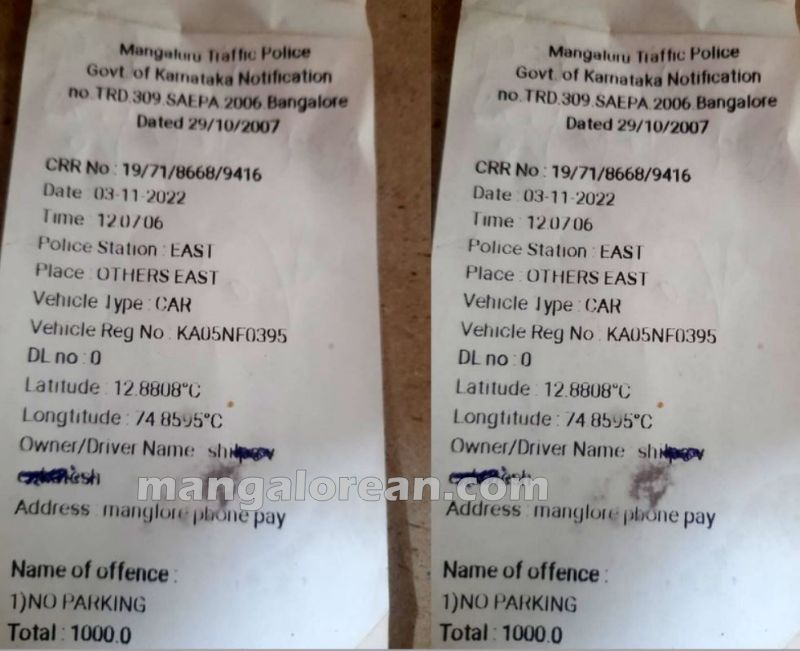 In conclusion, there is no need to blame the police. Many think the various plans taken up by traffic police don’t go far enough – and that we should provide more reasons for putting fewer cars on the road. The only effective long-term solutions are to improve alternative modes – walking, cycling and particularly high-quality public transit. The solution to beating traffic congestion in cities, if it comes, will probably take a long time to reap rewards. But if at least some of these new ideas are a success – whether it’s one-way routes, free left turn, smart parking places etc – the days of Kudla’s epic tailbacks may finally be consigned to history. If you look at Bengaluru the city traffic police have introduced many new traffic plans, and commuters are adjusting to them. So Mangalorean also needs to cooperate in this regard. So let’s cooperate with Traffic police and see what best could be done to ease out traffic snarls and congestion in Mangaluru.

Robert Pattinson ‘Mickey 17’ by Bong Joon Ho to release in...