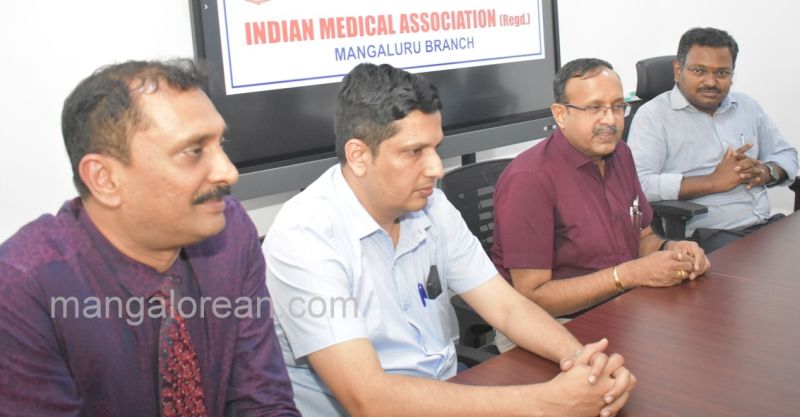 After independence till now, it has reached each and every part of India. It has more than three hundred thousand members spread over 28 states and Union Territories and has more than 1702 active local branches. The Vision: IMA is a democratic forum working to maintain the dignity, honour and social security of the medical fraternity in the country. It strives to provide quality healthcare to every citizen of India. IMA is committed to preserving the autonomy of the profession. And its Objectives are: To promote and advance medical and allied sciences in all their different branches and to promote the improvement of public health and medical education in India; To maintain honour and dignity and to uphold the interest of the medical profession and to promote cooperation amongst the members thereof; and To work for the abolition of compartmentalism in medical education, medical services and registration in the country and this to achieve equality among all members of the profession.

And today’s two renowned doctors- Dr HABEEB RAHMAN -the Chairman of Unity Hospital, Falnir, Mangaluru; and Dr K V DEVADIGA-a well-known Neuro-Surgeon in Mangaluru, have been the Founding Members of IMA-Mangaluru, and also have hold positions as President of IMA. It was very befitting that these two well-known doctors were felicitated by the present Board members of the IMA-Mangaluru chapter, for their achievements in the field of medicine and service. And also for Dr Habeeb Rahman for being conferred with the prestigious Dakshina Kannada Rajyotsava Award 2022 on 1 November 2022 at Nehru Maidan, and Dr K V Devadiga for being conferred with the prestigious IMA MEDICON Conference Award on 29 October 2022 at the 88th IMA-KSB conference held at Alvas Education Campus -Moodabidri. 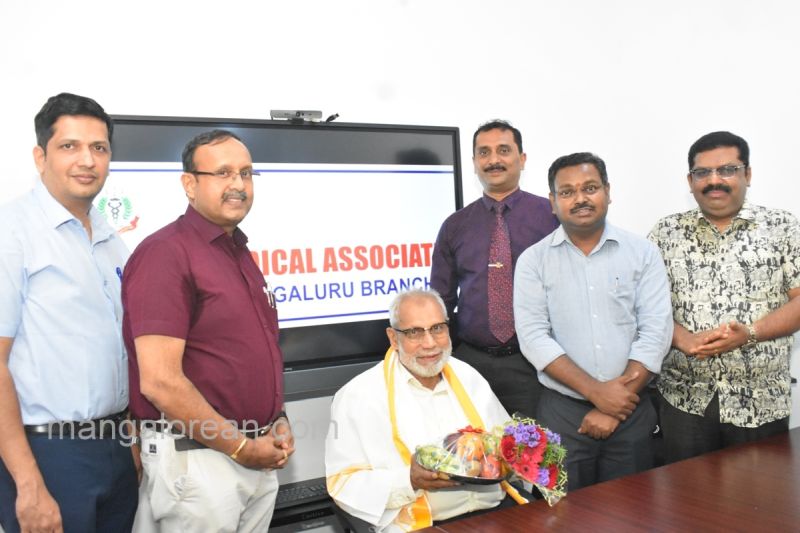 President of IMA-Mangalore Dr Venugopal welcomed the gathering, and briefed about the association, and also about the active role played by Dr Habeeb Rahman and Dr K V Devadiga, during their tenure as Presidents and other posts of the association. The felicitation on both the doctors was done by Dr Venugopal, and joined by Dr Nandaksihore (Neuro-Surgeon-Father Muller Hospital, and Treasurer of IMA); De Archith Boloor (Physician-KMC Attavar and Wenlock Hospital & Secretary of IMA); Dr Alam Nawaz (Physician at KMC, Mangaluru & Wenlock Hospital & Joint Secretary of IMA); and Dr Jayaprakash Shetty (Vice Dean-Kshema Deralakatte/Pathologist at Unity Hospital & active member of IMA). In their acceptance speech after being felicitated both Dr Habeeb Rahman and Dr K V Devadiga thanked the present board members of IMA Mangaluru for honouring them, and also delivered kind words of wisdom on how IMA should be run by the present members, to reach greater heights. Devaraj Shetty-General Manager Operations and Deepak Shetty- Manager Marketing Department of Unity Hospital, among others also joined in the celebration. 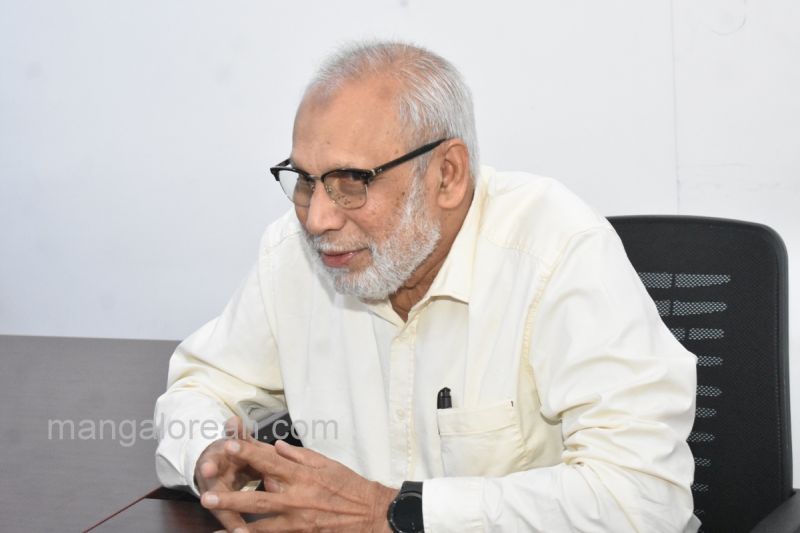 Dr C.P. Habeeb Rahman, Chairman and Managing Director of Unity Health Complex in Mangaluru, is a visionary Doctor and a great Human being. The Unity Health Complex/Hospital was visualized and developed by him about three decades ago. Today, the hospital equipped with ultra-modern gadgets is committed to serving society better. Dr Habeeb Rahman strongly believes that modernization is a must for progress. For him, modern is value addition… and not discarding traditional values. Dr C.P. Habeeb Rahman is also the Chairman and Medical Director of Unity Care and Health Services and Unity Academy of Education, which runs the 250 bedded hospital-Unity Health Complex, located at Highlands in Mangaluru. The Complex has also started a branch in Dammam. He is also the Director of Unity ILM (Information, Learning and Media) Centre and Chairman of the Arabic Academy. He is the former president of the DK chapter of the Indian Medical Association, a Panel Physician for GCC Countries (KSA, UAE, Bahrain, Kuwait and Oman) in India and a member of the International Hospital Federation, London.

He is also the Vice Chairman of the Social Advancement Foundation of India (SAFI), an advanced learning centre and a proposed deemed university in Calicut, Kerala. Dr Rahman is the Founding Patron of the Association for Communal Harmony and Moral Upliftment, Mangaluru, President of Aliya College, Kasaragod, Trustee of the Islamic Academy, Mangaluru and a Governing Council Member of the Indian Society for Health Administration, Bengaluru. He is also the Executive Committee Member of Nadwatul Ulama, Lucknow and a former Senate and Academic Council Member of Mangalore University.

Dr Habeeb Rahman strongly believes that good character and competence were a must for an individual’s success. He is also the author of the books “11 Principles for Successful Islamic Living” and “Unity Islamic Diary .” Just recently, the Indian Leadership Award for Health Care Excellence organised by the Indian Economic Development and Research Association was awarded to Dr C. P. Habeeb Rahman in New Delhi. The award is given for outstanding contributions and services in the Health Care field in India. Dr K V Devadiga is one of the most renowned Neurosurgeons in Mangaluru. Countless K S Rao Rd locals have placed immense trust in the practitioner over the years. He has a supportive and friendly staff, and the latest medical know-how to help patients. The clinic abides by all the necessary safety protocols, including Covid-19 precautionary measures. The doctor and team offer world-class care and guidance, always putting their patients first.