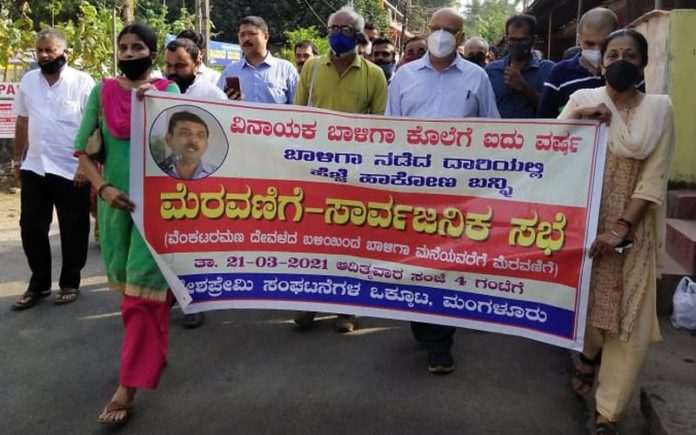 In Steps of Vinayak Baliga! March held on the 5th Death Anniversary of the RTI Activist

Mangaluru: A march was held on the 21st March from the Shri Venkataramana Temple, car street, Mangaluru to the house of the slain RTI activist Vinayak Baliga. It started with a prayer from his sisters to the favourite deity of their brother- Sri Venkatramana who stood outside the temple and begged the Lord to give justice to his slain devotee. It may be recalled here that Vinayaka Baliga was brutally slain outside his home in the early hours of 21st March in 2016. 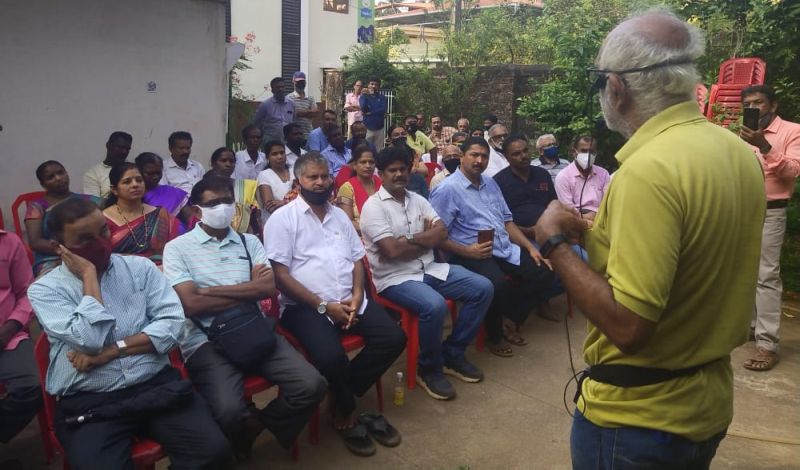 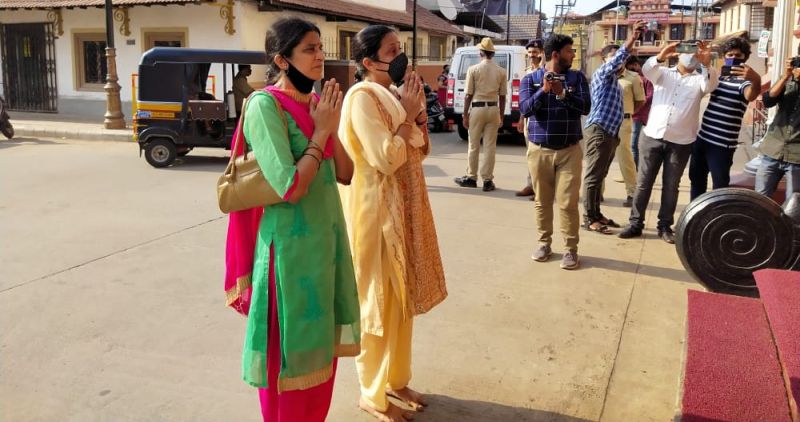 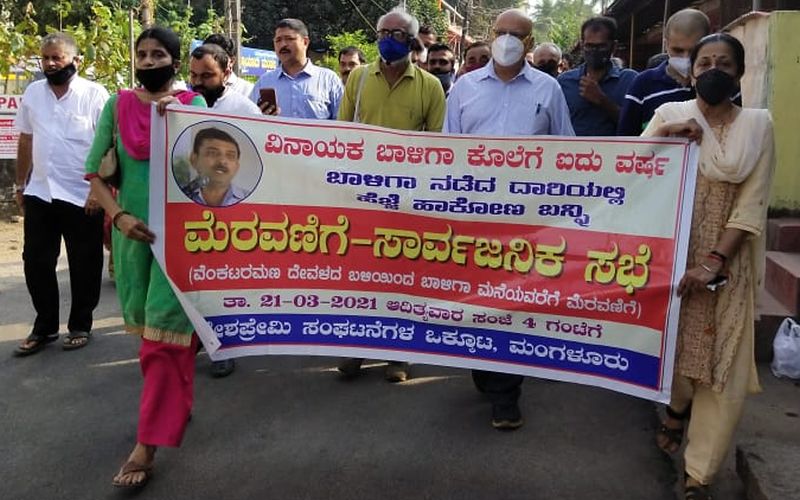 Since then, his sisters supported by Deshi Premi Sanhgatanegala Okkuta have been fighting for justice for the slain activist. The investigation is not complete but various vested interests under the thumb of the murder conspirators have sought to weaken the case. The ruling parties since his murder have not taken any interest in pursuing the case to its logical conclusion. Congress was the ruling party when he was murdered and the succeeding govt was of JD(S) followed by that of the BJP. Vinayak Baliga was a staunch RSS man and a booth level head of BJP. Yet none of the leaders have taken any interest in getting the case investigated.

His sisters have demanded the constitution of an SIT to investigate the case but the shameless ruling party who have constituted one such recently for an investigation into circumstances leading to leakage of a pornographic video featuring an ex-minister have not bothered to do it for the murder of their own party member.

The march was followed by a meeting at the home of Vinayak Baliga which was attended by a number of activists and office bearers of political parties. Narendra Nayak, President of FIRA, Dr P V Bhandary a psychiatrist and director of A V Baliga hospital was also present. The state convener of DSS Devadas, Karnataka state president of DYFI, Muneer Katipalla were some of the prominent speakers. The demand was for a special investigation team to investigate the whole history of the crimes involving the SVT temple, Kashi math and the attempts to scuttle the case. One of the speakers Bhamy Sudhakar Shenoy also pointed out how a mafia was trying to take over the GSB samaj.