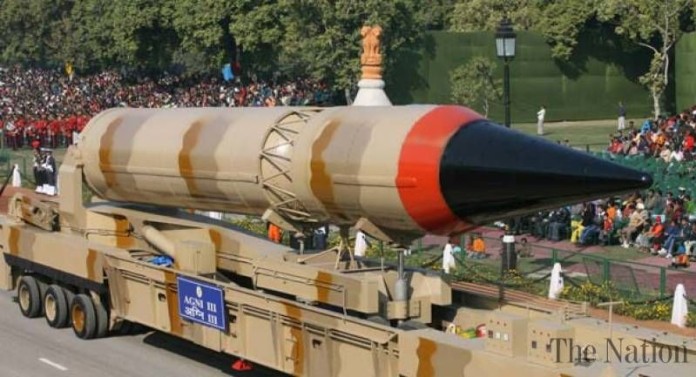 India must play by rules if it wants NSG entry: Chinese daily

Beijing, June 16 (IANS) China could support New Delhi’s entry into the NSG if it promises to comply with stipulations over the non-proliferation of nuclear weapons, an influential Chinese daily said on Thursday.

As India has not signed the Treaty on the Non-Proliferation of Nuclear Weapons (NPT) or the Comprehensive Nuclear-Test-Ban Treaty (CTBT), it was not fit to get into the NSG, a commentary in the Global Times said.

“Beijing welcomes New Delhi playing a role as a major power in global governance, including producing positive effect in a nuclear non-proliferation organization,” said the commentary by Fu Xiaoqiang of the China Institutes of Contemporary International Relations.

“As long as all NSG members reach a consensus over how a non-NPT member could join the NSG, and India promises to comply with stipulations over the non-proliferation of nuclear weapons while sticking to its policy of independence and self-reliance, China could support New Delhi’s path toward the club,” it said.

Commentaries in the English-language Global Times are generally known to reflect the views of the leadership of the Communist Party of China.

The daily noted India’s efforts to become a member of the 48-nation Nuclear Suppliers Group (NSG) and the support it has received from the US and some countries on this count.

“If it joins the group, New Delhi will be able to import civilian nuclear technology and fuels from the international market more conveniently while saving its domestic nuclear materials for military use.

“The major goal for India’s NSG ambition is to obtain an edge over Islamabad in nuclear capabilities.

“Once New Delhi gets the membership first, the nuclear balance between India and Pakistan will be broken.

“As a result, Pakistan’s strategic interests will be threatened, which will in turn shake the strategic balance in South Asia, and even cast a cloud over peace and stability in the entire Asia-Pacific region.”

The Times noted that the US recognized New Delhi as a “major defence partner” during Indian Prime Minister Narendra Modi’s recent visit to Washington.

The US was “highly likely to keep supporting New Delhi’s nuclear ambitions in order to make it a stronger power to contain China,” it added.

Pointing out the objection to India’s membership by New Zealand, Ireland, Turkey, South Africa and Austria, the daily said that China “does not wish to see the political and legal foundation of global nuclear security to be challenged by any party who does not abide by rules”.

“For those countries that are developing nuclear technology without the acceptance of the international community, perhaps counting them into the non-proliferation mechanism will better safeguard nuclear security,” it said.