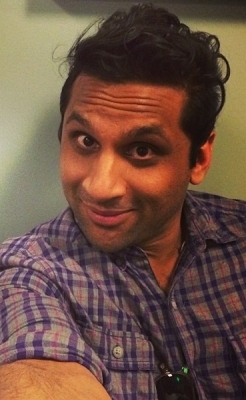 Ravi joins previously announced series leads Joel McHale and Vella Lovell. Per the single-camera show’s official logline, it is a “workplace comedy following a group of Animal Control workers whose lives are complicated by the fact that animals are simple, but humans are not,” reports Variety.

Patel will star in the role of Amit Patel, said to be “an Animal Control officer and overwhelmed family man with more family responsibilities than he bargained for. His partner Victoria has a lifestyle that is so different from his own, they could be from different planets.”

The 43-year-old actor, who was born in Freeport, Illinois to Indian American parents, graduated from the University of North Carolina at Chapel Hill in 2001 with double majors in Economics and International Studies. His sister, Geeta Patel, is a writer and director.

Ravi has recently been seen in the hit comedy ‘Ghosts’ as well as the English-language remake of the French film ‘The Valet’.

His other recent credits include ‘Wonder Woman 1984’, the docuseries ‘Ravi Patel’s Pursuit of Happiness’ for HBO Max and ‘Bhaag Beanie Bhaag’ for Netflix, both of which he created.

He has also been featured in shows like ‘It’s Always Sunny in Philadelphia’, ‘Grey’s Anatomy’, ‘Master of None’, and ‘Grandfathered’.