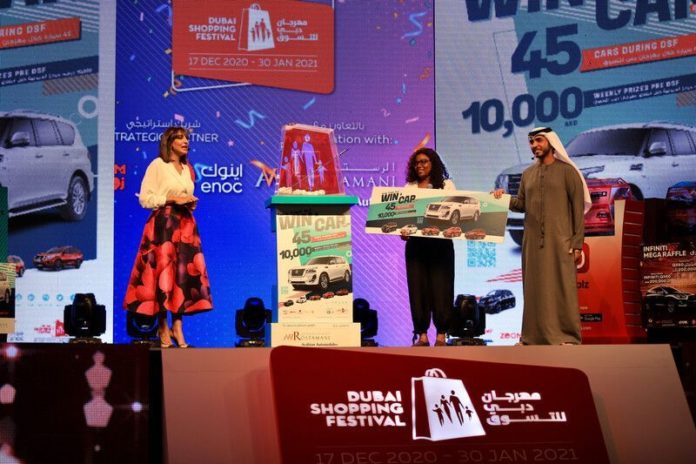 Dubai: Two Indian expats won 250g of gold each at the ongoing Dubai Shopping Festival (DSF), according to a media report.

The two expats won at the Dubai Gold & Jewellery Group (DGJG) grand raffle, where winners receive 250 g of gold each out of a total prize giveaway of 25 kg, the Gulf News report published on Monday said.

“It was such a relief to win this amazing prize at the end of an unpredictable year. I entered the raffle with my family and am so happy I was the one to win,” the report quoted the first expat Christina A S, as saying.

Meanwhile, the second expat, Irfan Khan said: “This was the first time in my life I won something. Dubai is a very generous city that has always been hosting raffles and competitions, and after being here for three years I was in shock when I won. I’m overwhelmed with gratitude.”

The DGJG raffle is open to customers who purchase jewellery at any of the 180 participating outlets across Dubai.