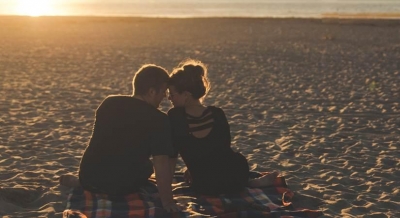 New Delhi: According to a survey by dating app QuackQuack, usage of the app significantly increased during celebrations. “We noticed a spike in app downloads at the start of October.

We saw a 47 per cent increase in local matches and a nearly 44 per cent increase in discussions as Diwali draws closer. Most individuals return to their hometowns around this time, and many of them look for someone to spend out with at the festivals,” said founder and CEO, Ravi Mittal.

Surprisingly, smaller towns like Guwahati, Agartala, and Bhopal were close behind with a sharp increase in app usage, trailing only Tier 1 cities Delhi and Bangalore in terms of the number of matches played during Diwali.

What is Diwali without mithai ?

Among this year’s hot icebreakers, Mithai undoubtedly took first place. 31 per cent of men acknowledged using Mithai to find potential love interests. In comparison to other other cities in the nation, Kolkata had the highest percentage of daters between the ages of 25 and 30 who mentioned Mithai in their conversations (43 per cent).

One of the most prevalent shared hobbies among members was a love of delicious food in general. Most matches revolved around favourite local eateries, cuisine, and street food.

There have been several dating trends in recent years, some good and some bad. The green dating craze flourished among 20 million users around Diwali 2022. According to the survey, 21 per cent of matches were determined by users’ opinions about eco-friendly and firework-free Diwali.

Users from Delhi were seen discussing how to celebrate the festival of light in a more environmentally friendly way with their dates. These daters, who included both working professionals and students, also highlighted cooking handmade treats and rangolis throughout the day and lighting diyas instead of loud crackers at night.

According to the data, there is an increase in local matches during holiday seasons, particularly around Diwali. The busiest period of the day for daters utilising the app was between 8 and 10 p.m.

Relatives can be a hassle, according to 36 per cent of female users between the ages of 28 and 35, even though they prefer spending the holidays at home, especially when they start “matchmaking” and offering unsolicited marriage advise. Women have also expressed dissatisfaction with being questioned about getting married. Finding a nearby match provides a much-needed reprieve from the strain of the family.

Pollution and Animals were a hot topic

The app recorded a record amount of talks over the weekends. This year, several particular subjects seemed to dominate. People from Tier 1 cities appeared worried about the pollution’s rising levels. This Diwali, the app saw a 36 percent increase in conversations about pollution and animal cruelty.

Male users from Gurgaon, Chennai, and Hyderabad were observed discussing the cracker ban and the health implications of pollution on their families with 41 per cent of their matches. The most prevalent words used in several of these chats included the words “asthma” and “smog.” Participants from Bangalore and Indore spoke in-depth about how loud fireworks affect both stray and domestic animals.

Diwali signals the end of the month-long celebrations and the onset of some serious post-festival blues. It’s time to resume your daily grind. The survey reveals a further rise in app usage at this time. One final match from their hometown before leaving their hometown was stated by 14 per cent of males from Tier 2 cities who work 9 to 5 jobs in Tier 1 cities.

Before the quickly coming new year, which ushers in additional parties and a reignited pressure to find a date, users over 30 indicated their desire to meet the ideal companion to enter an exclusive relationship with.