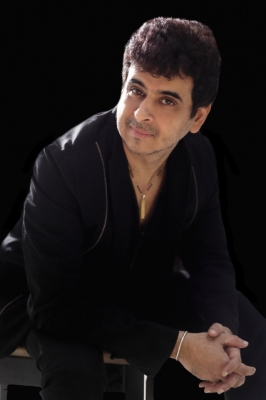 Indian musicians recall their time with the ‘nice guys’ of Strings

New Delhi:  Indian musicians, just like millions of fans of the rock band Strings, were shocked when the Pakistani group announced that they were “graciously concluding” their musical journey together after 33 years.

Palash Sen, frontman of the Delhi-based band Euphoria, who had collaborated with Strings for the song “Jeet lo dil” in the early 2000s, was one of the first to comment on the band’s break up.

“I remember we collaborated with them for India-Pakistan series. It was my idea to get Faisal and Bilal together, because the series was happening such a long time, so I thought, it’d be a nice idea to have them onboard as well,” Sen recalls

“We have done multiple concerts with them, and sharing the stage with them. All these memories, that stay with me. The band has ended, but my friendship with them will go on. I hope, we get to play at their reunion soon,” he laughs.

Singer-songwriter Sona Mohapatra, who collaborated with the band, for the 2019 single “Naina” has fond memories of working with its members Bilal Maqsood and Faisal Kapadia.

“To have made a journey for 33 years as a band is no mean feat. I have only the deepest admiration and love for Bilal and Faisal whom I met in the course of shooting our music video together in Istanbul.

“They are thorough gentlemen, incredible musicians and I am sure they will create a brand new individual signature in their solo journeys as artists. What I loved most about the music of Strings is their ‘thehraav’ and calm. Also, no catering or pandering to the latest trends or fashion in music, their self-belief and grace was unmatchable. I wish them well and hope to meet them soon too,” she added.

Indian Ocean’s bass player Rahul Ram feels the band’s success across the border was the best example perhaps of the popular saying that music transcends borders.

“They were proud Pakistanis, but that never made them look at India with contempt. And this was reciprocated and that’s why the band was loved so much in India. They were good humans first, and then awesome musicians,” he said, recalling several occasions, as Ram himself puts it, when Indian Ocean had the “honour and the privilege” to share the stage with them.

“They were really really good musicians who knew how to entertain a crowd! We have played many times with them together and even did a show with BBC with them, where they were live from Karachi and we were live from Delhi,” he added.

For the uninitiated, the band took to social media to make their announcement on Thursday.

“Hey guys. This post is a bit different from the usual. We have decided that today, 25/03/2021, is the day we graciously get to conclude Strings. The past 33 years have been incredible for both of us. It’s so rare to have the chance to be able to do things like this and we are infinitely grateful to all of our fans for making it possible. We hope you found it worthwhile as well. While the band technically may not be together anymore, both of us share an inseparable bond that will connect us no matter where life takes us. Thank you so much for everything,” the band said in a statement posted on their social media accounts.